Weather- and climate-related disasters have caused $2.4 trillion in economic losses and nearly 2 million deaths globally since 1971 according to a new report. While the losses are staggering, the report also shows that we have learned from past disasters, lessons the world will need as development continues in hazardous areas and the climate continues to change.

The report, released by the World Meteorological Organization (WMO), highlights just how costly extreme weather could be as well as how important disaster reporting is. It focused on six types of hazards: floods, droughts, extreme temperatures, storms, wildfires, and landslides from 1971-2010.

It’s easy to look at the graphics in the report and see trends in the number of reported disasters and their cost. Each has risen notably since the 1970s.

While it’s tempting to peg the rise to one cause, the story is a lot more complicated. The report itself didn’t analyze the causes, but Jochen Luther, an analyst with WMO’s disaster risk reduction program, said a number of factors have come into play.

“Everywhere (around the globe), there is a lot of development going on and population growth going on in hazard-prone areas, especially coastal areas that are very much affected by sea level rise and in addition to that, storm surges, tropical cyclones, extratropical storms,” Luther said.

Increasing globalization has also pushed some disasters to have outsize economic impacts. Thai floods in 2011 caused nearly $41 billion in economic losses in large part because they disrupted supply chains for computer and car part manufacturers.

Luther cautioned against reading too far into the trends or comparing regions because disaster reporting is far from uniform.

“Many countries do not systematically record disaster losses and damage, or if they do, there’s not a standardized way of doing it (across countries),” Luther said.

The number of deaths by decade are also heavily influenced by a handful of major events. In the 1980s, the majority of deaths were due to drought in East Africa that, in part, caused a famine. The WMO reported that 550,000 deaths in 1983-84 were attributable to the drought, accounting for roughly 85 percent of all weather- and climate-related deaths around the globe in the 1980s. In the 2000s, heat waves that hit Europe in 2003 and Russia in 2010 accounted for the majority of deaths. 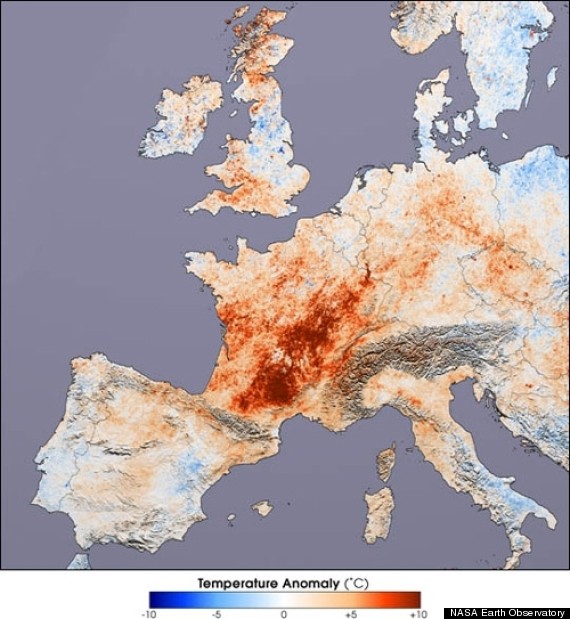 While there’s no denying the dramatic impact big events can have, there are also glimmers of hope that we aren’t doomed to repeat the same mistakes time and time again.

That information will hopefully provide more clarity and warning for future heat waves and reduce the death toll.

Similarly, some countries in East Africa have invested in drought early warning systems and other innovations such as affordable weather insurance for farmers to avoid a repeat of the 1980s famine. Those systems have been tested by two major droughts in the 2000s and most areas avoided famine and loss of life with the exception of Somalia in 2011.

Luther said the WMO is trying to work with national meteorological services around the world to create “seamless” climate and weather forecasts. He pointed out that El Niño, currently brewing in the tropical Pacific, helps improve seasonal forecasts by tipping the odds in favor of certain types of weather in certain regions. Building on that information with weekly and even hourly weather forecasts can help meteorologists and disaster managers plan ahead for floods, hurricanes, droughts or whatever else may come their way.

Those efforts will matter even more in the future as climate change increases the likelihood of extreme events.

Climate change has already increased the likelihood of flooding in New York Harbor, and a number of studies have shown that unless actions to protect coastal areas are taken, trillions more in assets will be exposed to the hazards posed by rising seas and coastal floods.

Stronger tropical cyclones and more extreme heat and precipitation patterns will also create more climate change-related risks. When coupled with continued development in disaster-prone areas, that means ever-more communities and assets will be in harm’s way unless warning systems and protections keep pace.