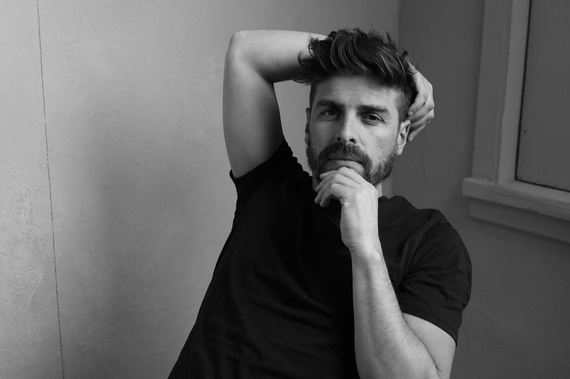 Filmmaker Flavio Florencio was born and raised in Argentina, however, he has spent the past 15 years working and creating in Mexico City, Mexico. Mr. Florencio's first feature film, Made in Bangkok, which follows a Mexican transgendered woman, Morgana Love, as she transitions into her new life and body. Besides making his own films, Mr. Florencio is also the founder of the Pueblo Magico Mexican Film Residency. The residency program provides an opportunity for filmmakers from all over the world to converge in the magical town of Tepoztlan to workshop and develop their scripts and production for upcoming films. I was lucky enough to catch up with this break out star on the heels of his recent nomination for an ARIEL Award (the equivalent of an Oscar in Mexico) for Best Documentary Film.

When did you know you wanted to make films?

I never dreamed about making movies but always knew I liked telling stories. It took me many years to discover that the cinema was for me the best tool to tell those stories. But I was insanely crazy about filmmaking, but in telling the stories. I can still remember a trip to the square of Marrakech's Jemaa El Fnaa where there were storytellers and people gathered around them. I wanted to tell stories like them - including the ones with snakes. Then by accident on a trip to Tanzania, I was on the island of Zanzibar and I found a film festival catalog. When I opened it I knew I had found the best way to tell my stories - the cinema. I wrote to the festival and told them I needed to work there and I was accepted and there began my story in films and filmmaking.

Once you knew you wanted to tell stories, did you immediately know you also wanted to be a documentary filmmaker?

Once I discovered that film would be the way to tell my stories, I realized that the nature of my stories were social, cultural and about real people. When I found that catalog in my hand I had already visited more than 60 countries worldwide. I have always been wanderer and traveler. I found through documentary film it gave me the opportunity to document the lives of many people. But even now I don't consider myself a documentary filmmaker, I am simply a storyteller who uses different film genres to express what I want to express.

What has been the single most challenging aspect of creating documentary film projects besides budgetary constraints?

The greatest challenge of making documentaries is how to relate with the subject you're shooting at any given time. I don't want to use the characters to simply make my films. I want to tell their stories and make the films with them. I am simply director and not there to intervene, however, history will. There are also other aspects specific to each project. In "Made in Bangkok" the big challenge was to psychological by convincing myself that I could make a film for the entire duration of the process without giving up at the first hurdle. For example, on the first day of shooting my documentary I made a huge mistake by instead of pressing record I pressed erase on the camera and we lost the entire first day of filming within a matter of seconds. I cried a lot and was very stressed during the first days of making my film, but eventually I learned this was not good for our filmmaking process. 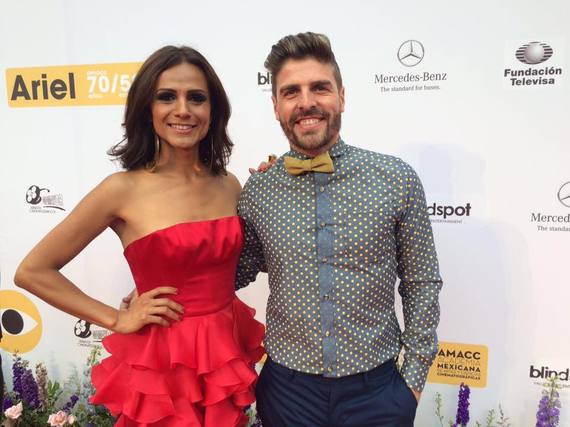 Having had the pleasure of seeing your current documentary "Made In Bangkok" screened all over the world, what has been your proudest moment?

The most emotional moment was returning to the place where I recorded the first scenes, in the plaza of San Miguel de Allende, Mexico - the hometown of our subject, Morgana. The most emotional was being on a stage with more than a thousand people watching the film. It was like the hero's return journey home. Morgana was born there and this was her moment, and therefore mine.

Has the experience of having your first documentary so well received changed you as a filmmaker?

The success of your first film changes your perception of insecurity in yourself I think. Art is a profession that creates a lot of insecurity, at least in my personal experience. When you make your first film, without almost zero budget and the result becomes a success, it's amazing. You feel you are on the right track. Although I think the big challenge would be to make your first film, and things don't go as well and you still feel that you are on the right track. Personally I am more excited that my documentary has changed another person's life forever - Morgana. The challenge of making the film was temporary - the dream of Morgana feeling and living her life as a complete woman will remain forever. There are not many opportunities in life that seem to do this.

Can you explain how your new project with VICE came about?

When I returned from Thailand I realized my story was very special, very unique, but many stories were left out of the film and I felt in a way that was committing an injustice. I felt that the issue was not over in one movie, so I approached VICE Mexico. I proposed to them to make a series where we could continue telling stories of the trans community but in the form of several short episodes. So now it is called TRANS, the new documentary series of VICE. They were very receptive and we started recording new stories. I now feel that I can do justice to the stories of many people who otherwise would have been left on the roadside.

How difficult was it to find the subjects to profile for this VICE series?

Not really actually. The problem was how to rank the importance of each topic. For example, I have not even touched the issue of trans men (those born men in a woman's body). It is a more complicated issue, cases are minor and are more difficult to find here in Mexico. When deciding the 4 themes of the first season, I went by those who I knew better. I think one has to talk about what they know, and in the first 4 episodes I spoke of what I knew. I still have a debt to that issue and many others whose stories I do not yet know but hope to know very soon.

What is the most difficult thing about tackling such taboo issues here in Mexico?

The hardest thing is that people manage the right terms. For example people use to refer to male trans girls and then they go back and you say, well, she/he. They don not know how to address people in the trans community. The perception of trans persons as "other" seems to be the most difficult - which is definitely not how they perceive themselves. Also, México is such a macho country, being trans is a very tough issue. After Brazil is the most dangerous country for trans people the world. Sadly, the murder rate of trans people is still very high.

While most of the subject matters are very controversial in this series, which story for you has been the most compelling?

The episode of "The Transvestite Dream" stands out the most for me. It is about a father who is heterosexual and recently came out of the closet as a transvestite to his family, including his wife and three daughters. It was very hard for me to film this as a voyeur. Initially, I felt very guilty. I eventually I told him, "If you are not sure about filming don't worry, I will understand. Think about it because after the release of this episode your life will change forever!" He told me, "It's my time." Throughout the process I must admit I was more nervous than he was. During the filming of the episode his three daughters saw their father as a transvestite for the first time and that was a very unique and special moment in my storytelling.

Tell us about your recent nomination for an ARIEL Award one of the biggest awards in Mexico's film industry? Despite not winning, can you explain what the nomination means to you as a filmmaker?

It has been amazing! I still can't believe we were even nominated. The film was actually released a year and a half ago, and we have travelled to so many wonderful countries. But to return and be nominated by the Academy of Film and Arts of Mexico was very exciting - especially because I'm Argentinian and this year marks fifteen years of my living in Mexico. Here in Mexico "15 years" is very important benchmark so I used the ceremony as my fifteen year celebration. I actually think these types of awards are nice because you are recognized by your industry, your people, your world. The nomination alone was a true honor. It's amazing from the day I mistakenly deleted the film until the day of the awards ceremony many things have happened. So while the award nomination was definitely a privilege, it also symbolized my commitment that Mexico is where I belong and want to be.

As an Argentinian born filmmaker has it been difficult working primarily in Mexico and tackling such intense subject matters?

Not really. For 15 years I have been involved in the film industry in Mexico, firstly as the Director of African Film Festival. (Before living in Mexico I actually lived in Africa 7 years, working in the film festival of Zanzibar in Tanzania.) So first I was here promoting African cinema in Mexico and then became Director of the festival's Human Rights Mexico and then the director of the NELSON MANDELA Chair of knowledge at the UNAM (Mexican University).

Perhaps the most difficult part of my occupation is returning home after interviews and realizing the terrible situations that people in the world have had to pass and still endure. Sleeping with the feeling of injustice is a tremendous anxiety.

What is the next big project or subject matter you will be tackling from behind the lens?

After living seven years in Africa I would record my next film there. Hopefully my upcoming film project will re-unite these two worlds. First came Mexico and now Africa. I intend to make a film about the homophobic movement in the continent, which as many know is tremendous and have found allies in American based churches. The situation is terrible and very dangerous, government propaganda is increasingly fierce and I think we all have to do what we can to stop it. For me this film will be used to tell their stories - to transform film into someone else's story. This is what I like most about my profession, the ability to transform people's lives through my camera.

all photos courtesy of @Flavio Florencio