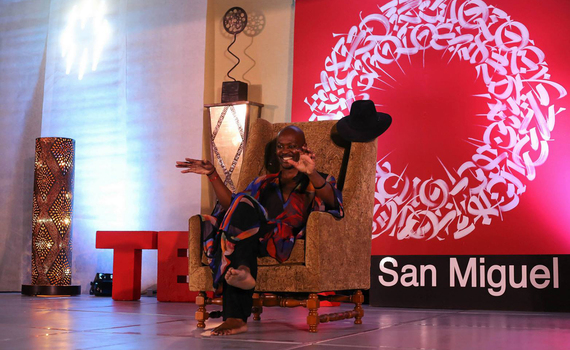 Recently, I was asked to be a speaker during the TEDx Talks held in San Miguel de Allende, in the central highlands of Mexico. Initially, I hesitated as I began having flashbacks of being previously asked to speak on the main stage during the TED Conference almost seven years ago. Unfortunately, I never made it to TED as I allowed my fear of public speaking to paralyze me from agreeing and therefore declined their kind invitation. This time however, for some strange life-affirming reason, I decided to YES, YES, YES. Not just to conquer my own personal fear, but also because I had been asked by the charismatic and visionary founder of TEDxSanMigueldeAllende, Ms. Klaudia Oliver.

According to Klaudia's bio she is a cultural alchemist, artist, and event producer, but to anyone and everyone that has ever had the pleasure of meeting this fiery phoenix posing as a mere mortal - she is much more than any simple bio or interview could possibly capsulize. Having said that, I recently attempted to give it the old-college-try during our recent Q&A immediately following her triumph of TEDxSanMigueldeAllende entitled - GENESIS: 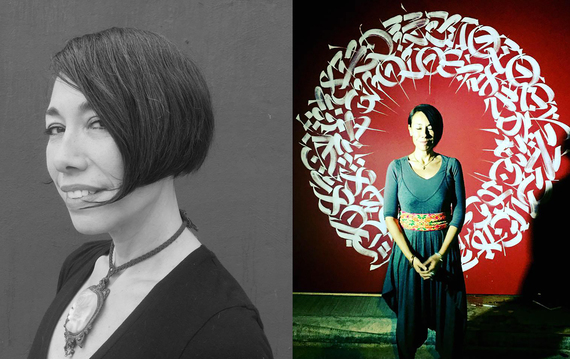 Q) When and how did you first decide that San Miguel de Allende would be the perfect place to host TEDx?

A) In 2009, I was at Burning Man telling a friend, Michael Ventura, about how magical Mexico was and how living in San Miguel de Allende, was a far cry from the negative portrayal in the media. I had watched many amazing individuals on TED and thought those are the kinds of people I want to come visit my town. I wanted San Miguel to be a hub of amazing ideas and exchange. Michael, looked up at me with a dusty face and said "Talk to me babe... TED is one of my clients." In a few months, the TEDx program was launched and we were one of the first in Mexico.

Q) Explain why you chose GENESIS as the theme for this year's TEDx talks?

A) Genesis is about the generation of the new and I wanted to explore the spark of creativity of some of the smartest people in the world. It seems to me that humanity is at a really critical point right now. There's so much stuff going on in the world, both amazing and horrifying.

GENESIS is also a word that translates well between English and Spanish and since our event was bilingual (we had live translations between Spanish and English) it seemed like the perfect topic for the New Year. Genesis for me feels like the first light after dark. With so many systems breaking down on a global level, I wanted to offer new perspectives that would add to global conversation for positive change. 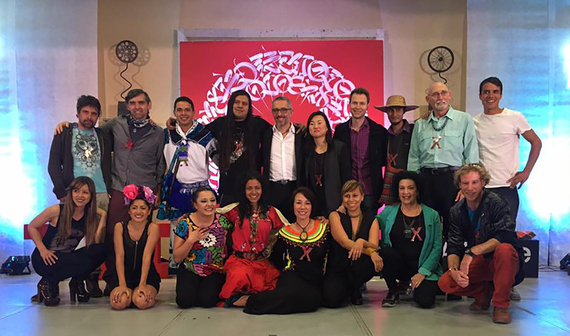 Q) How did you and your team select such a diverse and interesting group of TEDx speakers?

A) Gathering a diverse and interesting group of people is my passion. When it comes to selecting speakers it's about finding people with interesting topics and cultivating a balance between male and female, and English and Spanish speakers. In San Miguel de Allende we tend to have a lot of agriculture and arts people but it's also important to find speakers with backgrounds in other areas like technology, life/death, creativity etc.

I love fostering spaces for talented creative minds and hearts to meet. Our shared experience together make for a rich tapestry of information, that can serve to motivate impactful change. The spirulina farmer, the technologist, the wise woman, the businessman, the chef, the sustainable death advocate, the curator of cool, the graffiti kid, the master Wixarika artist, the 14 year old visionary, the mom-turned-bioconversion advocate, the trekker, the dancers, the teachers and more... I wanted this TEDx to offer a new light in times of darkness and my contribution to setting a tone of hope and solidarity for what is good in the world. It's through diversity and inclusion that I find the magic starts.

Q) What are some of the challenges of organizing and producing what appears to be such a seamless program?

A) It's challenging trying to convince some of the local authorities about the importance of backing this type of event, but little-by-little we are getting there. It is also a challenge leading a volunteer-run event. It is important to keep everyone focused on the bigger picture and make sure everyone is on-point.

There are so many different aspects to organize: speakers traveling from different parts of Mexico and the USA, accommodation for those speakers, flights, transport to San Miguel de Allende, advertising/PR, training the speakers for powerful execution of their talk, finding the right space for the event, stage design, volunteer management, ticketing, sales, social media, our website, all of the design elements that go into an event like this, managing everything on a shoestring budget... There is so much that needs to be coordinated so you need to build an amazing team to help execute it. It can't all be done by one individual.

On top of that we have many events around TEDx with the speakers and the community. There's so much work and all of it was organized in less than three months. So if it came across as seamless, that's one of the greatest compliments because so much work went into it. 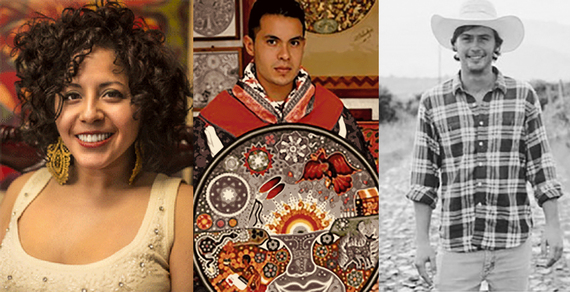 Q) What were some of the highlights of this year's program?

A) I don't think I will do it justice to only mention a few here but for me, Cilau Veladez, gave a wonderful talk about his increasingly endangered way of life of the Wixarika tribe and how the present moment is all that we have. I also loved Favianna Rodriguez's talk about pleasure is freedom. She discussed taboo topics like abortion, female pleasure and her own personal experiences with that. Her vision is to empower women to feel and embody pleasure so that they can better take on the challenges in a male dominated society, especially for Latino Americans. And finally, Griffin Klement's talk on agricultural practice as a means to combat climate change is timely, cost-effective and necessary.

Q) What can we look forward to with your next TEDx program and/or event?

A) I plan to do some TEDx Salon's in unexpected places which will be smaller in scope but just as amazing. I'd like to go into an ancient canon, or in the middle of an organic farm. However the next big event that is the most unusual will be at Burning Man. I'm also the licensee for TEDxBlackRockCity and we will be getting dusty for the fifth time this year.

Q) If you could have one dream TEDx speaker (dead or alive) who would it be and why?

A) Given that I recently woke up in shock that one of my long time mentors passed away, I would have to say it would be David Bowie. Back in London in the 90's I worked for his management company Outside PR, so I always thought he would somehow come to San Miguel. His future thinking, embracing of the new and novel, and presenting it with such finesse was truly astounding.

As a young girl one of his songs that inspired me was Heroes. From that point, I sought to live my dreams and to seek other people doing the same. It was a call-to-arms to break out of the mundane and go beyond. TEDxSanMigueldeAllende can be described by a line from this song, " We can be heroes... Just for one day." And so it was...

all photos courtesy of @TEDxSanMigueldeAllende