It's a full court press from city hall as mayor Bill de Blasio's administration takes another step towards the 'tough on crime' persona he's begun to build for himself since the death of police officer Randolph Holder.

After initially responding to Holder's death by criticizing the criminal justice system as one that was (get this) too lenient on people, de Blasio's comments around a tougher bail process--one that would have judges consider a person's "dangerousness"--were denounced by reform advocates. This week the mayor has turned to making a push for NYCHA, the agency that oversees public housing in the city, to more efficiently get 'criminals' out of buildings.

Of course who're these 'criminals' that de Blasio has sought to use as post-Holder political punching bags? Violent offenders or low-level offenders? Would the cases referred to NYCHA for eviction proceedings be based on people simply charged with crimes--or actually convicted of them?

In an over-the-top, New York Post-esque article in the New York Daily News (which made sure to include "TERRORIZING" in its headline), de Blasio's spokeswoman talked about targeting offenders, whom the News describes as the "pestilence of public housing", with "new steps to ensure criminals are not allowed to trespass or live in public housing." The article, again, didn't differentiate between people charged or convicted--instead simply suggested anyone charged or arrested with a crime was fair game.

In other words, more cops and a flurry of eviction notices and court proceedings are on tap for public housing resident. It's a move not unlike what former mayor Michael Bloomberg pulled back in 2004. 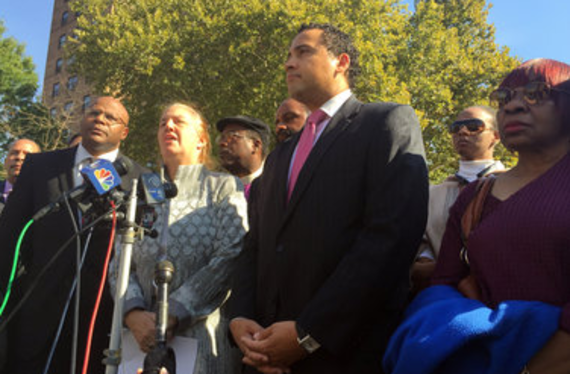 The de Blasio administration, which is also actively looking to "save" NYCHA by selling its property to private developers (also very Bloomberg-like), alluded to other potential targets, as well: residents who may allow these 'criminals' to live with them--you know, those criminal accomplices (family and loved ones, perhaps?)

"While no one wants to evict tenants in good standing, the mayor has made clear he will not tolerate tenants harboring criminals who make living conditions unsafe for others," Hinton said.

Just a few days after Holder was killed, before he was even buried, a group of clergy-members, politicians and self-proclaimed community leaders arranged a press conference in Spanish Harlem to complain to the media not only about Holder's death, but to put responsibility for the killing squarely on the shoulders of NYCHA residents who 'harbored' Holder's alleged shooter. Hinton was clearly speaking to that.

The city trying to criminalize and ultimately push out people in NYCHA isn't new. Let's face it, in a gentrifying city where living in Manhattan is about as exclusive as it gets, public housing on the island is the last stand for anything approaching affordable housing. And there have already been hard-charging attempts to 'get criminals' who live in public housing there. In 2012, in the same Spanish Harlem neighborhood that Holder was shot in, over 60 alleged gang members were swept off the street by the District Attorney's office with a raid and a long list of indictments.

Something similar happened on the west side of Harlem, too. The Grant and Manhattanville Houses, pictured in the News article, were the targets of a police raid--the city's biggest ever--last year. In a post-raid press conference police commissioner Bill Bratton and Manhattan District Attorney Cy Vance boasted about 103 indictments as a result of the big operation, which required hundreds of cops with helmets and battering rams. Many of the indictments included "conspiracy" charges (protested by families) originally designed to take down the mafia, and some were based largely on social media posts--an NYPD tactic known as Operation Crew Cut. 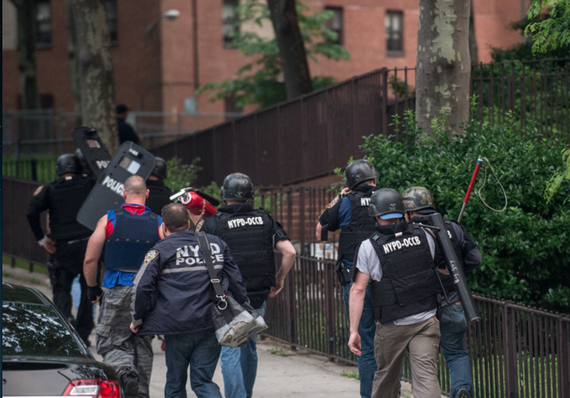 Naomi Archer's son was arrested in the raid. Cops kicked in the door to her house and put guns to her family. She says Vance and the city don't understand "the impact the raids had on families that had nothing to do with crime." Her son maintains his innocence. Without getting into details, the family says he was charged with conspiracy charges based largely on who he hung out with: young men who lived in the building or in the neighborhood. His social media activity was also part of the case built against him.

"I think it's ridiculous," she says. "Children say stuff they really don't mean on social media just to hype things up... it's the 'likes' on Facebook. They saying anything out their mouth. They're not thinking about what they're saying. And most of what they say, they're never gonna do--in reality. So it's like a fantasy world for them. Conspiracy for what? If anything, they're [law enforcement] the conspiracy. They're the ones conspiring. It's entrapment. It's a game they play with our children and society."

Taylonn Murphy is a community activist and the father of Tayshana "Chicken" Murphy, a celebrated basketball prodigy who was shot and killed in Grant four years ago--a killing that was a result of the feud between kids from both houses and one that was perhaps at the core of the raid. When the raid hit, Murphy and another community activist, Derrick Haynes, challenged the premise that the raids were in service of the community: "We asked the city for help and we got a raid."

To be sure, there is violence in public housing. While the net that Vance and the NYPD had cast most likely ensnared people completely innocent, there was work to be done to reach young people who were in fact targeting each other. Along with Haynes, a youth counselor and assistant basketball coach, Murphy sought to honor his daughter's life by working to put together anti-violence work that focused on at-risk youth.

It would be a fight. There was so much that had already contributed to violence and an accompanying sense of despair. The local community center for kids from Manhattanville, for example, had been closed for five years. When it was finally re-opened in 2007 after 5 years and $2.2 Million of NYCHA renovation money, they didn't have funds to fully staff the center--leaving some kids out. The center was later privatized.

A young mother from Manhattanville who didn't want to give her name because her son had been arrested during last year's police raids spoke about the lack of resources:

"Our kids are getting locked up before they can even write a resume... We have a community center in the back, but now it's privately-owned. We would have to pay for the summers for our kids to go. Now it's free but it's private and not prioritized for kids from these houses. This is all our development has. They could've put more money into this to help keep these kids occupied."

The young men caught up in the raids didn't only lack opportunities in their neighborhood, when they were indicted--again, some not even having committed actual crimes--they were looking at such long prison sentences that many of them just took the pleas (which were still long sentences). Some kids in Grant and Manhattanville were as young as 11 when they were first being monitored by Vance and the NYPD's multi-year investigation. But for Murphy, delaying or stifling the ability of resources to get on the ground ensured the violence, which he describes as the natural outgrowth of poverty and despair. 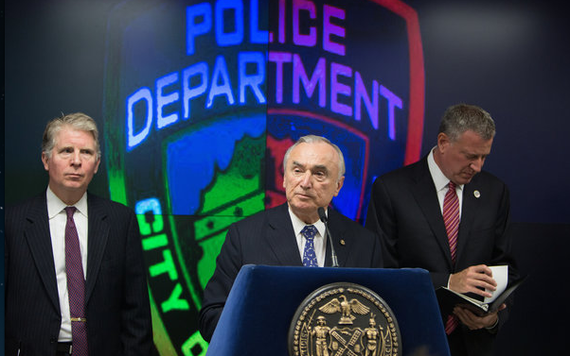 "We have to get to the root of the problem. The problem, in three simple words: Lack of resources. When you deny people services and resources, you then give them police raids? The issue is not to get rid of people. The issue is to provide them with the resources they really need."

Murphy has so many unanswered questions about the raid and the future for people who live in public housing. "Was the plan to displace people or get them out of that neighborhood from the start? Was the plan to starve a community from vital resources to create a condition where people reverted to violence?", he asks. With a watchful eye on the politicking around the push to get some people out of NYCHA houses, Murphy echoes what many in public housing often fear:

"Was the plan", he wonders "to create a reason to obtain prime real estate?"