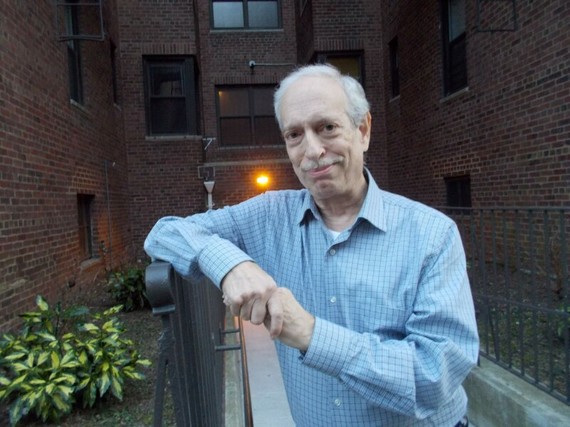 F. Stewart Kallinger is angry. A retired English teacher turned author, Kallinger has boldly channeled his outrage over teachers unjustly being blamed for failing schools and low literacy rates into a book titled, A Lesson for Ms. Fort. In the book, Kallinger allows his voice to speak for teachers unable to openly oppose Common Core standards and other academic initiatives for fear of retaliation. "I felt like I had to write this book as a protest novel," Kallinger says.

Drawing on his 31 years of experience teaching in New York City public school classrooms, Kallinger's A Lesson for Ms. Fort demonstrates why programs designed to spur student achievement through increasingly intense methods of teacher accountability are destined to fail. Kallinger categorizes his book within the creative nonfiction genre, where a nonfiction story is presented in a novel form. "It's about a fictitious teacher in a fictitious school," he explains, "but it's set in the very real context of the New York City public schools."

Over the course of his teaching career, Kallinger observed a steady decline in student aptitude. "To put it bluntly, things deteriorated," he says. "I went from teaching raw Shakespeare to 7th graders who could handle it to having students who couldn't read because they didn't know the sounds of the alphabet."

In retirement, Kallinger took on a part-time job teaching at a consortium of three community colleges. "I thought it would be a challenge, and I was looking forward to it," he says. "Instead, I discovered to my horror that colleges are offering classes in remedial reading and writing because they have to. Low-functioning students have been pushed through the system despite their complete lack of understanding of basic concepts. Students are still struggling to read at the college level. How can this be?"

When Kallinger investigated the causes of this educational abyss, he discovered that many students were coming from dysfunctional homes, where education wasn't a priority. "Instead of coming from homes where families sat around the dinner table talking, these students were coming from empty homes," he says. "Their parents were disinterested, not around, or often in jail. In many cases, prison has not only become a way of life for these families, it's actually being glamorized. There's been a complete breakdown of the family unit."

Kallinger says this is a national issue, affecting people of all ethnicities from all areas of the country. "It's not about race and it's not about location," he says. "It's not just New York City. Colleges across America are finding it necessary to offer remedial writing, reading, and math courses, so obviously something is very wrong in our schools."

The idea of writing the book came to Kallinger while watching a State of the Union address during which President George W. Bush reprimanded teachers for poor student performance levels. "He basically said we needed better teachers," says Kallinger. "I thought to myself, 'Well excuse me, Mr. President, but I'm doing the best I can.' Granted, there are some teachers who are incompetent, but the number is so miniscule, it's not a factor in this systemic failure." 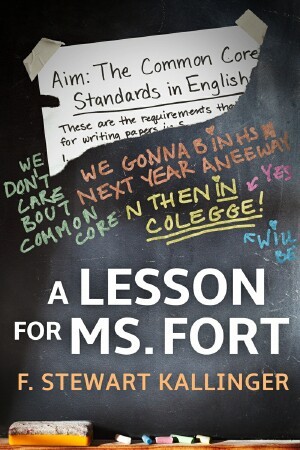 In response, Kallinger has addressed A Lesson for Ms. Fort directly to the president of the United States. "It's not for a specific president, it's for any president," Kallinger says, adding that he sent a copy of his book to each of the presidential candidates. While he did receive form "thank you" letters from a few of them, he hasn't received genuine responses from any of them. "It's frustrating," he admits. "Education should be a key issue in selecting a president."

Kallinger says his goal with the book is to help presidents and others understand that the problem goes far beyond anything teachers can be expected to accomplish in the classroom. "We need public acknowledgement by our president, by the governors of each state, and the mayors of each city, that the problem with education today is not the teachers, it's the breakdown of the family unit," he says.

Other contributing factors in this educational battle include students' ever-present cell phones. "The little social communication they do engage in is texting," says Kallinger. "They don't even have to spell out the word 'you.' It's just 'u.' 'Your' becomes 'ur.' There are no apostrophes. There's no punctuation. The little writing they are doing isn't even English."

Kallinger vows to continue to advocate for teachers. "I'm 100 percent pro-teacher," he says. "Let me tell you about the teachers I know. They work hard. They go in early and stay late. They give up their lunches and prep time to meet with parents and offer students extra help. It's bad enough that they don't get credit for all they do, but they're also being belittled, humiliated, and taking all the blame for the failure of public education when the root causes are taking place outside of the classroom."

Instead of spending millions of dollars on ineffective, teacher-centered programs like Race to the Top and No Child Left Behind, Kallinger proposes that money be put towards workshops led by social workers and school psychologists to reach out to failing students and their families. "They need help learning how to create stable homes," he says. "We need to show them the value of education. We have to show them a better way. People need to be aware of what's going on in the schools in this country. Only then will we be able to bring about a change."