This is the seventh installment in a series titled "FABRICATIONS" that elevates the work of up-and-coming queer individuals working in the fashion world. Check back at HuffPost Gay Voices regularly to learn more about some of the designers of tomorrow and the way their work in fashion intersects with their queer identity.

Kyle Brincefield is a queer fashion designer living and working in New York City whose designs have been worn by Miley Cyrus, Missy Elliott, Emma Watson and Nick Cannon, among others. Sold under the label Studmuffin NYC, Brincefield's clothes focus on custom spiked and studded street wear inspired and informed by day to day life in urban mecca of New York City. Brincefield says that he owes much of what he knows about the fashion industry to the legendary Patricia Fields, who served as a mentor to him, like many other artists and designers. Read the interview below to learn more. 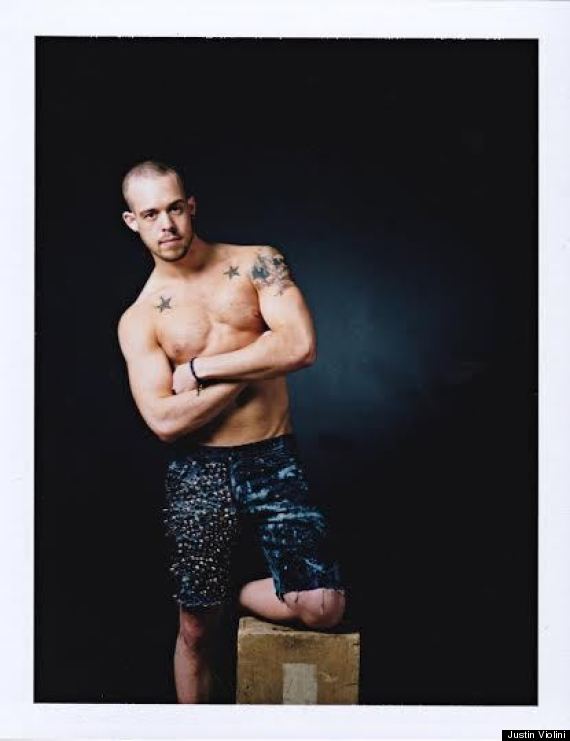 The Huffington Post: What has your journey as a queer artist and fashion designer entailed?
Kyle Brincefield: Growing up in small town Roanoke, Indiana, art didn’t really go much further than arts and crafts time and old ladies quilting. I really enjoyed my childhood there and only realized as I got into my teens that I wasn’t going to be in Indiana for very much longer. I had ideas in my head that were always larger than life and felt the small town mentality was only holding me back. I started getting the urge to travel and see what else was out there, doing four weeks in Europe at 16 and traveling the US and Mexico... but nothing compared to when I found New York City. NYC immediately felt like home and I knew this is where I wanted to live the rest of my life. I went home, saved money, moved here with about $800 and fell into fashion. 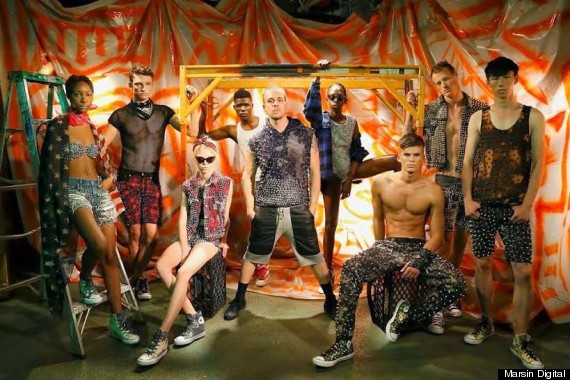 Where have your designs appeared?
It’s been really cool to see where pieces turn up because my brand, Studmuffin NYC, really crosses boundaries and has such a wide variety of clients. When I make clothes I don’t really think of the person that’s going to or “should be” wearing them -- unless it’s a custom piece. I design what I like, what’s fun and for how I would want a piece to look in my head. I was fortunate enough recently to have a new sweater featured in Vogue internationally -- that’s about 20 countries and probably the biggest highlight of my career thus far. I’m still collecting all the countries [laughs].

Other publications include, V Magazine, GQ, Paper, Nylon, NY Times Style, NY Post Fashion and on celebrities from Miley Cyrus to Missy Elliott, Emma Watson to Nick Cannon and so on.

Patricia Fields has a rich history of launching the careers of many NYC-based creatives. How formative were your experiences with Patricia Fields and the other individuals that work there?
I’ve only known Pat for about five years now but we have done a lot of work together. It all started when I was just beginning to make clothes and still working in about three different bars. Pat’s buyer Sushi gave me a chance and brought my pieces into the store -- they all sold out in the first week. They wanted more and a relationship was built.

I eventually dropped my bar gigs one by one and started taking on work at Pat’s store. I was designing clothes and selling them. From there I started working styling gigs and different projects with Pat on a close level and developed a friend and mentor. She has taught me just about everything I know in the fashion world and continues to teach me to this day. The woman is literally a fucking genius. THANK YOU PAT.

Where do you draw inspiration for your work? What is the concept for Studmuffin NYC?
I am inspired by the city daily and nonstop taking pictures and making lists in my notebook. New York City is a constant source of inspiration in and of itself and simply walking around town can be a lot to take in. The changes from neighborhood to neighborhood, the people and different atmospheres still excite me.

Concept changes from collection to collection but always holds true to that downtown street wear vibe. When I’m building a new collection (which is all new to me), I like to pull out books, pull photos, search the web, old fashion archives and flat out build an old fashion mood board to stare at the entire process. 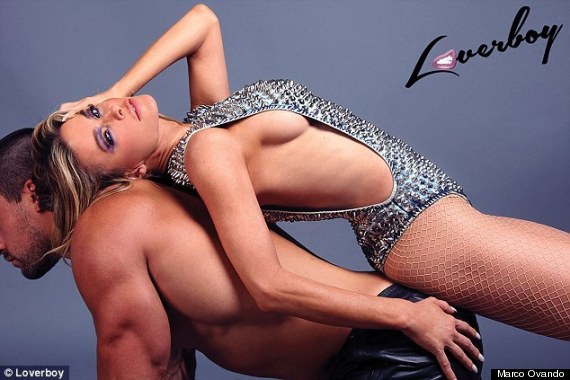 Historically the fashion world has been extremely queer friendly -- what role do you think the fashion world has played within mainstream acceptance of LGBT identity?
Good question and great point. Historically, and to this day, the fashion industry is dominated -- and some would say run by -- gay men. It’s an industry that really celebrates, encourages and trusts the creativity we bring to the table and has for a very long time.

With that being said, fashion is something that everyone relates to, whether it be, directly or indirectly. The fashion industry has grown so much over the past few decades and provided a lot of jobs and opportunities that can’t be overlooked. LGBT have been there at the top of the game the whole time and if you have any interest in fashion… you just can’t be a closed-minded fuck.

At HuffPost we've seen an emergence of clothing lines that cater to queer and trans bodies whose needs aren't met by traditional designers. Do you think we'll see more of this in the future? What does this say about the future of fashion?
I think that’s amazing and I would hope so. Bringing it back to the last question, the fashion industry is known for embracing differences that others sometimes shy away from. The modeling industry has been using transgender models for ages. I have many trans friends and to think that there is something out there being made properly and fitting for them -- well it’s about time! Not a lot of my clothes are that body conscious or form fitting, considering we’re more of a street wear brand. We work with a lot of vintage pieces and other designers that make bases for us. Studmuffin NYC is for EVERYONE.


As for what it says about the future of fashion, I think it’s going to encourage and inspire a lot of youngsters out there that might be confused and wondering where they might fit in. It did for me and I’m thankful for that.

What's next for Studmuffin?
I want to continue to grow the Studmuffin NYC brand and keep learning from my peers and friends. Each year is a learning and growing experience and I’m so grateful for all the people out there that have given me the time of day -- even when I didn't have any idea what I was doing at the beginning.

Other than that, I’m working on my Autumn/Winter 2015 collection and working on a few ideas overseas that will hopefully pan out here in the near future and then I’ll have some major news for you guys.

Want to see more from Studmuffin NYC? Head here to check out the designer's website or here for his Instagram. Missed the previous installments in this series? Check out the slideshow below.