It was another frenzied morning in maddening traffic, replete with honking and swearing all around but very little getting ahead. It was then that my daughter pitched her big idea, "Amma, I am going to make a Flying Horse that will hold us inside and quickly fly above all this traffic. It will have two buttons -- one on the outside to open its wings. Once we are inside, we use another button to close the wing doors." So, I went, "How will it know when and which way to fly?" Her response, "We will just tell the horse and it will understand."

That was when it occurred to me that she might have probably been inspired by the "Pushpaka Vimana" in the Ramayana (one of the two well-known Indian epics); a Flying Flowery vehicle that is used by Raavan( the bad guy) to whisk away Sita( the female protagonist) in the famous story. It was the Ramayana for bed-time stories back then.

Over the next few days, I noticed that my kids came up with tremendous sci-fi material. One sibling fight even ended with an anguished, "I wish I had a time-machine and a magic mirror to show you what REALLY happened! She started it!"

This piqued me and I decided to find out how many of those bizarre things we hear in those mythological and fairy tales are realities today. Turns out, they make quite an interesting pile. So, here goes:

1. The Flowery Vehicle or Pushpaka Vimana:

Mythological reference: The Pushpaka Vimana was a flying object shaped like a swan that had enough intelligence built in it to know its destination just by reading the mind of the "pilot." Ravana forcibly mounted Sita on this amazing object and quickly carried her quite far away from her husband, Rama.

Today's Science: Today's aeroplanes and space ships could be likened to this machine. Of course, our flights today still require the pilot to operate them even with all the automation of the flight control and management systems. This video on History channel explains in scientific detail the way modern flying technologies have been influenced by many of these ancient references. Flights are not exactly capable of reading the pilots' minds-- yet! Military is beginning to work on this feature only now. 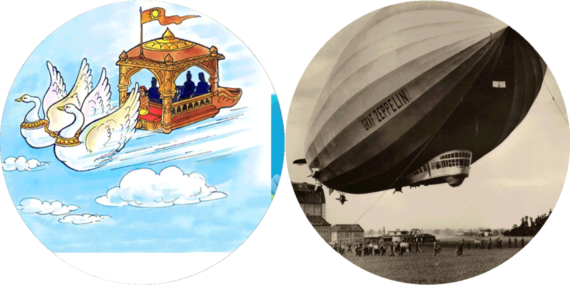 Mythological Reference: King Raivata, along with his daughter Revathi went to a different world to meet Brahma, the creator. He spends a day in that world, but when he returns, he finds that several thousands of years have passed on earth. There is also a famous story in Japanese mythology that tells the story of a man called Urashima Taro, who travelled undersea and spent three days there. When he returned, he was 300 years into the future, and all his relatives were long dead and his house stood in ruins.

Today's Science: Einstein's Theory of Relativity is based on non-linear time dilation and its relation to speed of light and movement in space. The recent mega-hit movie, Interstellar, brought this concept to limelight again (The movie also begins with saying the space ship landed from New Delhi, India). This video on Science TV explains it in simpler terms. There is still a long way to go in fully comprehending this. 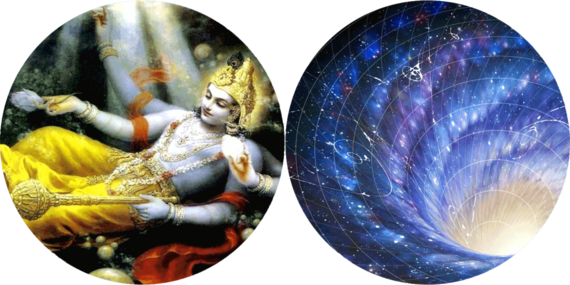 3. Learning in the womb:

Mythological Reference: Abhimanyu is the son of the valiant warrior Arjuna. While his wife is pregnant with Abhimanyu, Arjuna extols the secrets of one particular technique of warfare. Seeing that his wife had fallen asleep, he stops after revealing only the first half of the technique. Abhimanyu never got a chance to learn it through his living years and his part-knowledge of this secret led him to give up his life in the great war of Mahabharata(An Indian epic).

Today's Science: Scientist Annie Murphy Paul has devoted her life to the study of fetal origins, a field that measures how the outside world influences the physical, mental and even emotional well-being of the developing baby for the rest of its life. This TED Talk reveals the significance of this field of study emphasizing on the fact that fetal journey is just as important as early childhood in shaping the personality of the child. Her book, 'Origins' talks about what we learn even before we are born. It's not surprising that there are several pregnancy meditation and yoga centers that encourage conscious pregnancies as much as conscious parenting. 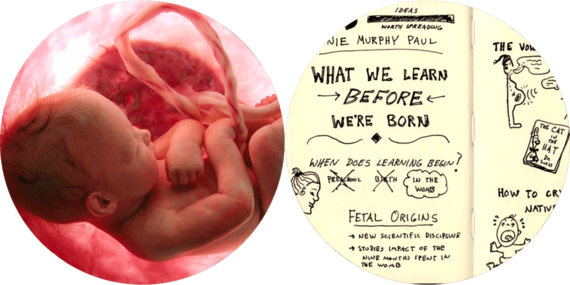 Mythological Reference: During the great war of the Mahabharata (the second Indian epic), Sanjaya- a charioteer is given the power to view the happenings of the battleground as they happened and narrate them to the blind king, Dritharashtra.

Today's Science: To watch an event live from the other side of the world is no more considered a miracle in today's world. We have the game-changer called "Television" that does this for us. Sanjaya could be likened to anybody reporting live on the event(in this case, a war). 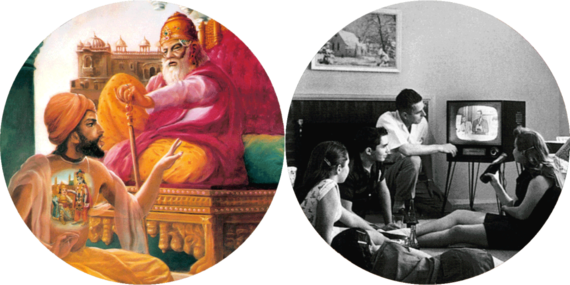 Mythological reference: The story of Ramayana describes the falling of Lakshmana( the brother of Rama) in a ghastly fight with Raavan's son. Hanuman, the monkey-god is assigned the task of bringing the life-saving herb called "Sanjeevani" -- literally translating to "The giver of life." He flies all the way to the Himalayas to find the herb. However, he is unable to identify the herb since he is no doctor himself. So, he brings the entire mountain to the doctor who then picks out the plant and treats Lakshmana.

Today's Science: It is no secret that the Himalayas are home to some of the rarest of medicinal herbs used in the prominent field of medicine called Ayurveda. More specifically, this article reveals that the Sanjeevini itself might have been found in the hostile peaks of the Himalayas. Research shows that the wonder-plant "Rhodiola " increases cognitive functioning, helps adapt to difficult climatic conditions and even has radio-protecting abilities( which is definitely handy during a war!). Rhodiola Rosia is also found in parts of Arctic, the mountains of Central Asia, and mountainous parts of Europe. 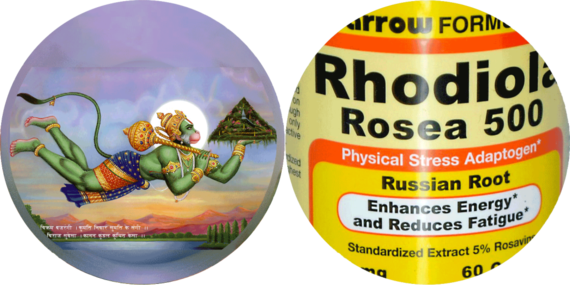 This article first appeared on www.kidskintha.com

Were you bowled over by something your child just said? Let us know at www.kidskintha.com and we will help you cherish it forever!

More:
ParentsscienceStorytellingbedtime storiesHinduism
Newsletter Sign Up
Raise the kind of person you'd like to know
Subscribe to our parenting newsletter.
Successfully Subscribed!
Realness delivered to your inbox