Getting a tattoo is quite a commitment. For photographer Mark Leaver, the move to get inked wasn't quite intense enough. Leaver chose to up the ante, capturing with his camera those who dared to make their permanent mark on a body part far more prominent than any.

The motivations behind face tattoos are as varied as the designs themselves. "Some wanted a radical transformation and facial tattoo becomes for them a kind of mask," Leaver explained to Skinked. "For others, it is just a rebellion against the system." Whatever the reasoning, once committed to bringing body art to the face, there is no turning back. 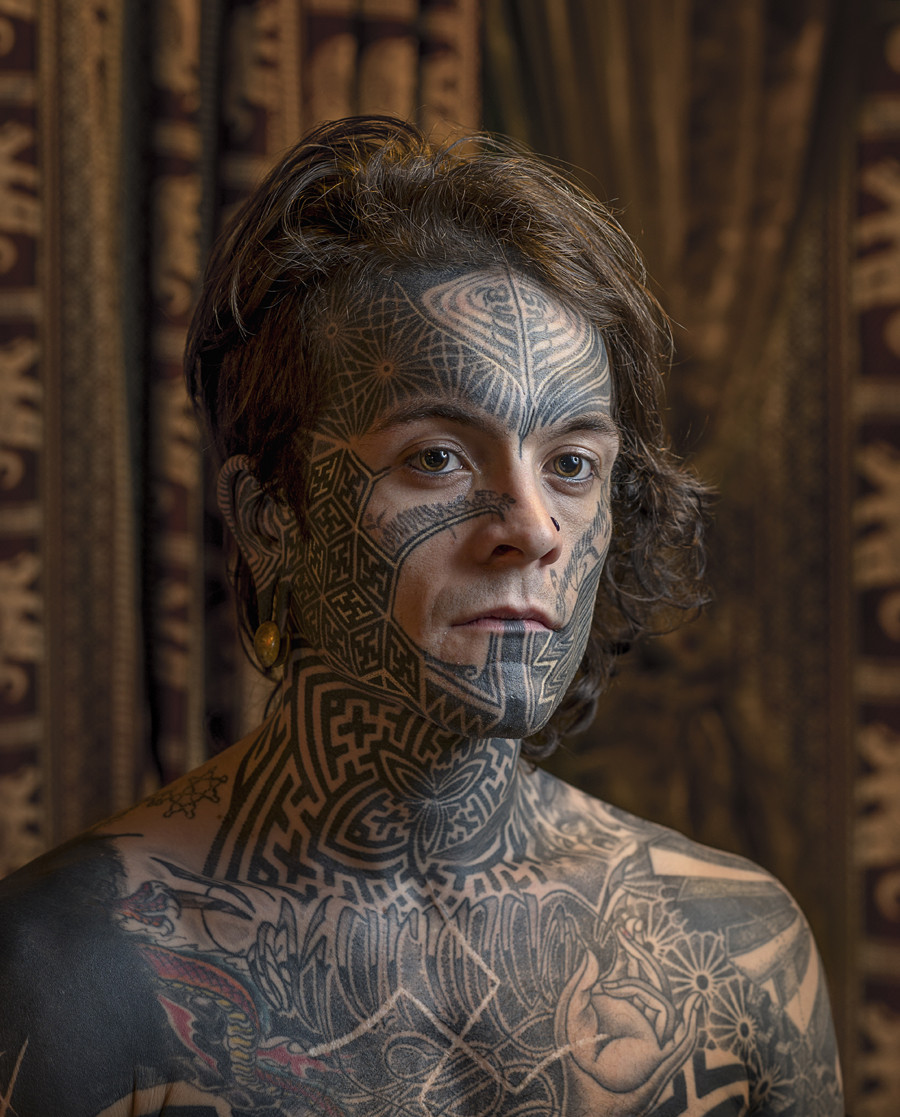 Leaver, who by the way is in college, embarked on a striking series, simply titled "Tattoos," that captures those who have adorned their face with indelible ink. Capturing intimate close-ups of his tattooed subjects, he accesses an underlying layer of vulnerability beneath the outwardly intimidating exterior. "Historically facial tattoos have had a huge amount of taboos around them," Leaver explains in his statement.

"People associate facial tattoos with a number of negative things including suicide rates, criminality and depression. This couldn’t be further from the case now. Facial tattoos now represent creativity, aesthetics, transformation and spirituality." Leaver's subjects, who are mostly relatively young, share the highs and lows of their tatted lives. In his striking photos, Leaver challenges viewers to look beyond the face and see the person.

Check your assumptions and take a look at Leaver's bold and beautiful subjects below.

Calum Stewart - 26 years old. Two and a half years ago Calum’s older brother started to tattoo his face, Calum’s had the whole left hand side of his face tattooed since this was taken
Deryn – Has a degree in psychology and counselling, she got her face tattooed in 2011. Deryn has no more plans to get her face tattooed at the moment but says she may in 10 years
Keif price- 23 years old - ‘Being tattooed has made me realize how close minded society is’
Keith Gordon - Keith, 57 years old and ‘the coolest looking guy in Essex’, He started getting his face tattooed 3 years ago. When I asked Keith what he did for a living he wouldn’t tell me ‘as it didn’t match his look’.
Yann and Delphine - live in a studio flat in Hackney. Delphine tattoos from the flat and Yann is a body modification specialist who carries out procedures such as tongue slitting and ear reconstruction