Amidst the papers, the photos, the holiday themed snow globes and a lone Hilary Duff caricature, my childhood home left behind a bevy of sentimental offerings when the second of my two parents passed away. From birthday cards and divorce papers to love notes -- handwritten on computer paper from one parent to another, not a stone was left uncovered and not another memory told to wait 'till I'm older.

Buried five feet below full sets of golf clubs, high-end sports coats and unwrapped pleural catheters was one department store envelope of developed disposables. Inside that silver sleeve were 30-something photos taken from the floor of Ground Zero on (what I can only assume were) the days, weeks and months following 9/11. I can only figure that my father was the man behind the $13 dollar lens, but I never got the chance to ask.*

Butchie, as all of the borough knew (and loved) him, was one of thousands of iron-workers willingly placed in the line of duty that day. Scared of snakes but not of heights, Butchie was forever grateful to serve Brooklyn Locals 40 and 361 (as long as he could still get his 18 holes in on Sunday). But for the days, weeks and months following 9/11, tee-off waited. Day in and day out, my father pulled from rubble twice, three times and ten times his size, looking for bodies. Looking for the floor. Looking for the light at the end of the tunnel. Just 12, I never stopped to ask about it and, even in the years that followed, I rarely even stopped to think about it.

And yet, I still remember what I saw that day.

I saw a classmate, peering out from our fifth floor window at the New York City skyline, instead of at his SIMS math test.

I saw teachers fight to keep their composure and students choke back tears as they discerned that this classmate wasn't crying wolf.

I saw the panic in my mother's eyes as she struggled to keep tabs on my father (though, only years later would it truly register).

I saw the aftermath from the old-school television set in my upstairs bedroom, my best friend to my right and her younger sister to my left.

I saw that same friend's mother hold mine in her arms, both with one eye on the cordless phone.

I didn't see dad 'till the next morning. Only years later would I know just how much he saw. 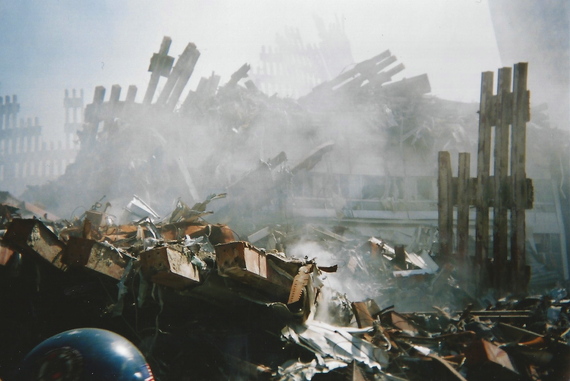 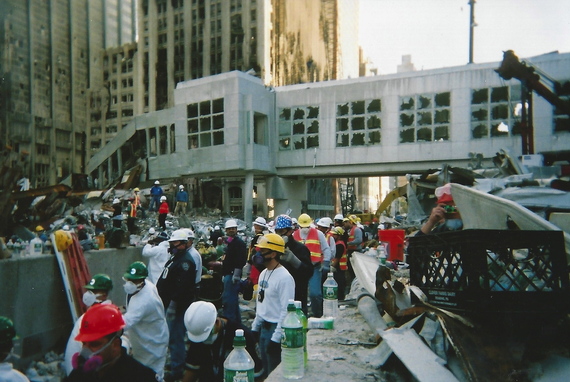 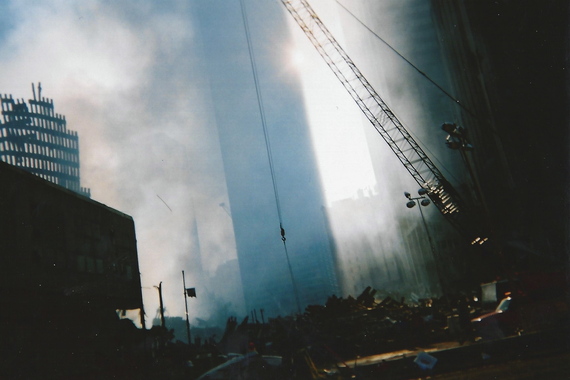 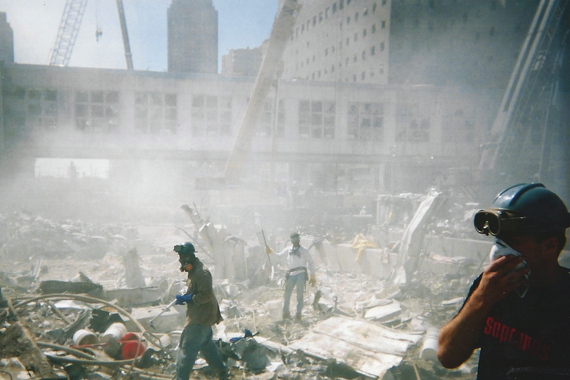 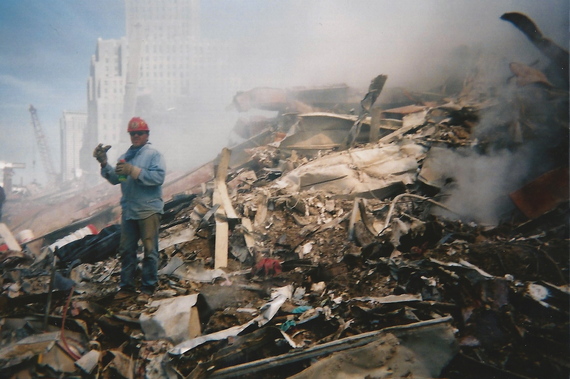 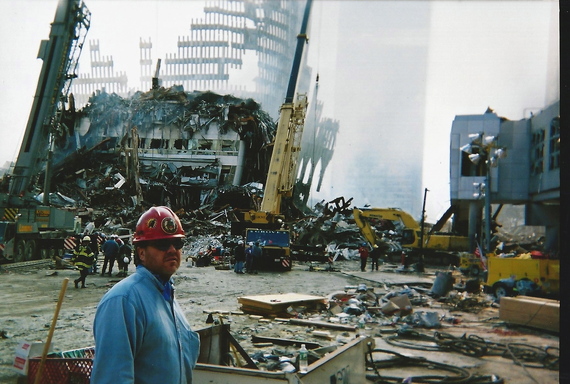 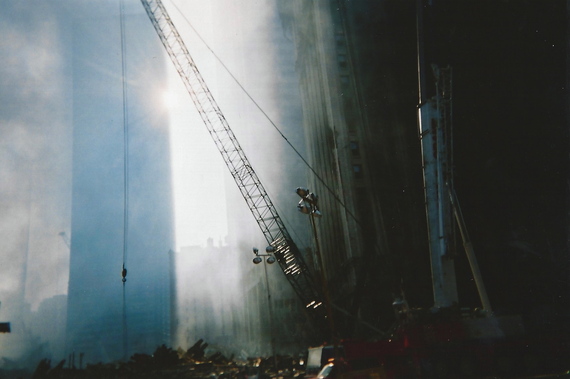 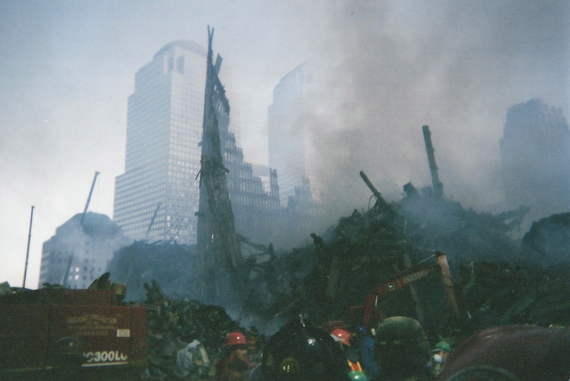 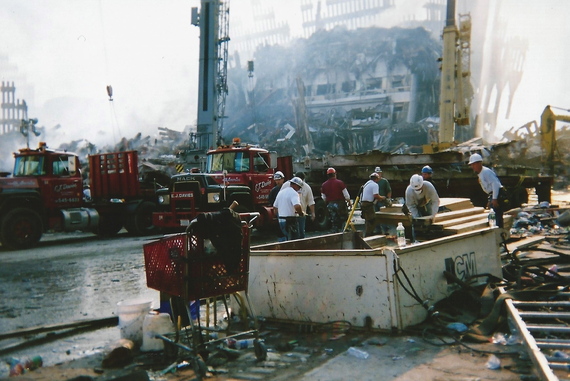 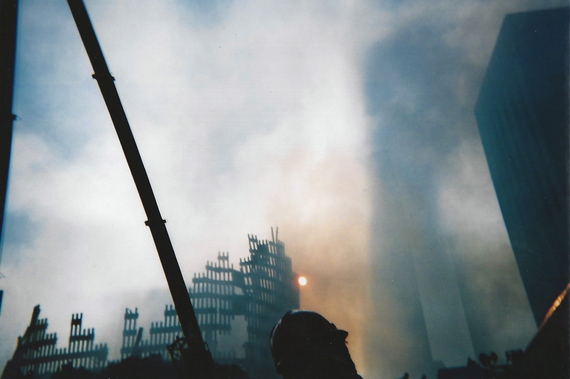 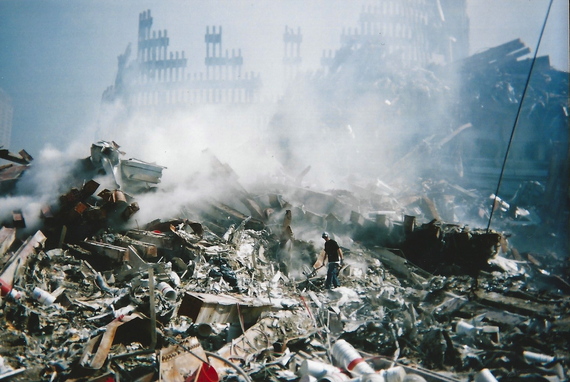 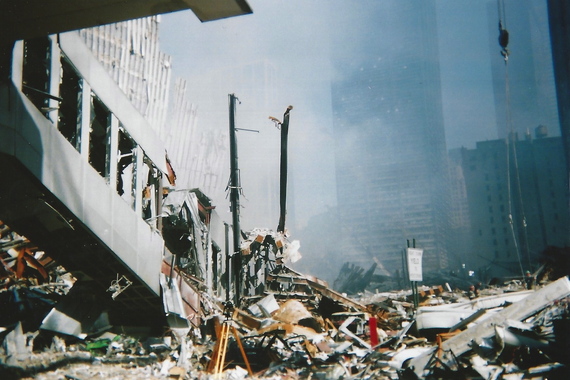 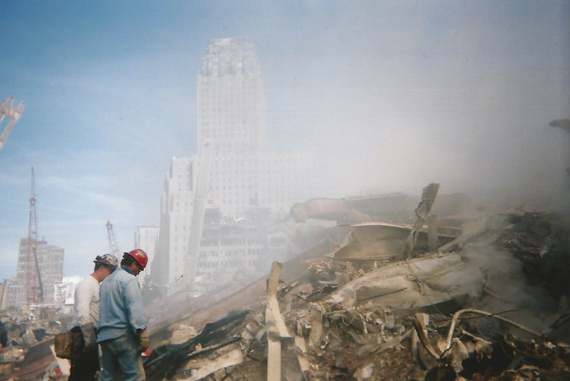 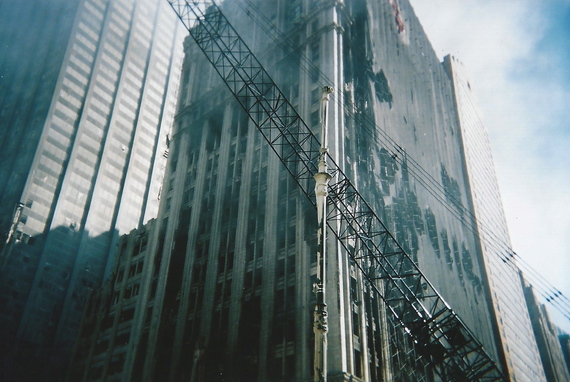 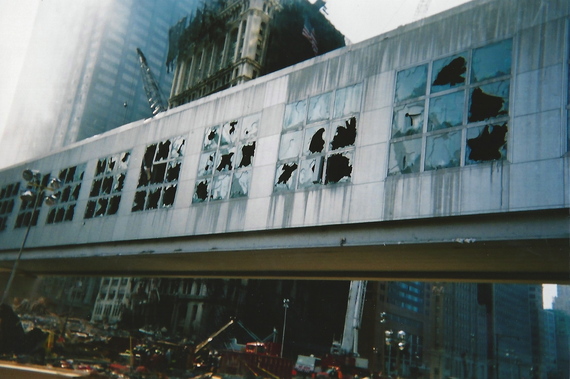 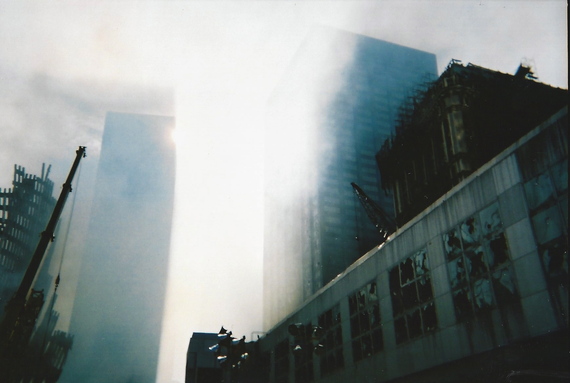 It was this very day and the x number of months to come that left my father gasping for air and draining his lungs anywhere from two to four times a day. It was his work at Ground Zero that left him clinging to life just seven years later. Like thousands in his shoes (or beat up work-boots, rather), he succumbed to asbestos-triggered Mesothelioma in August of 2008.

If I've learned anything in the years since 9/11 (seven of them I was lucky enough to still have my father for), it's the weight of an "I love you," and the importance of "How was your day?"

Also, that he wouldn't have regretted a thing.

*From what I remember, photography was never his forte. If anybody has any additional information about these photos or the people in them, please contact mcgoldrickmeaghan@gmail.com.