In most communities around the world, religious diversity is a fact -- Hindus live next to Muslims, Mormons next atheists, Jews with Christians. One of the great tests of the 21st century is how we leverage this diversity into an asset that leads to more vitality and unity rather than leading to discord and disintegration.

In their book American Grace, Robert Putnam and David Campbell speak about the importance of 'my pal Al' and 'my aunt Susan' in changing the way people view people of another faith and the benefit of living in a cohesive pluralistic society. Simply put, when we know and like some one who is different than us -- such as a 'pal Al' or an 'Aunt Susan' -- it goes a long way in changing our attitudes towards the entire group to which Al or Susan belong.

The 'pal Al' affect has definitely benefitted the movement for LGBT equality and it also has been proven effective in efforts of understanding and cooperation among people of different religious traditions and views.

Encouraging positive and deep enounters with the religious other is part of the aim of The Tony Blair Faith Foundation (TBFF). One of TBFF's most wonderful outreach efforts is a the Face to Faith program that brings students of different religions and cultures together using digital technology to connect schools in 19 countries.

Recently they ran an essay contest in which the young people were asked to write about their "Friend of a different faith or belief," reflecting upon what they had learned from that relationship, about the other person and themselves. What resulted were extraordinary essays from around the world that I had the daunting task and honor to judge and nominate my top three which I am sure will inspire you as they inspired me.

Aditi Muradia wrote her essay from India, where a Muslim woman moved in next door to her own Hindu household. Aditi brings us on her own journey of inquiry, to acceptance, to celebration of her new neighbor. She writes:

After knowing her, I realized that humans are humans first, and then religious followers. If it is difficult for the older generation to accept such things then at least we the younger generation should make efforts in bridging the gap by showing us our support for such inter-religious unions.

Next we hear from a ping pong champion in Mexico named Jesus Guillermo Vargas who tells a wrenching story about his admiration for a fellow player, his sadness when his friend committed suicide and what it taught him about faith and life. He writes:

Tito's friendship showed me to show my love to everyone who deserves it before it's too late. I never had the chance to tell him just what a great human being he was.

Last but certainly not least we hear from Mickey Roundtree who lives in Utah in the United States. Her essay is about having a friend who is an atheist and how she learned to value his friendship and world view. She writes:

I have actually had a lot of people ask me if it's weird to be such close friends with him because out faiths are so different, and honestly I don't think it is! In fact I think it makes us closer.

These three essays offer simple yet clear lessons for moving forward within our increasingly religiously pluralistic societies, and personally give me hope that the best is before us as these young people and millions like them grow up to be leaders who value and respect difference and recognize that religious difference can makes us closer.

"I am pleased to congratulate Aditi Muradia, Mickey Roundtree, and Jesus Guillermo Vargas for winning the Tony Blair Faith Foundation's global school's essay competition "My Friend of a Different Faith." These students' stories from India, Mexico and the USA help counter religious prejudice and ignorance with honesty, openness and the common values of humanity.

Recent events around the world are a sharp reminder of how religious misunderstanding and extremist voices can lead to disastrous consequences. In their own way, the winners, as well as the hundreds of students who took part from countries such as Pakistan, the Philippines and the United Arab Emirates, actively participate in trying to do the opposite - peace building, one story at a time.

By allowing us a snapshot of their experiences across different faiths they demonstrate the power that social relationships can play in creating a more peaceful world. This is now more important than ever. Congratulations to our winners."

Click through the slideshow to see most and least interfaith cities in the United States:

PHOTO GALLERY
Most and Least Interfaith Cities
Download
Calling all HuffPost superfans!
Sign up for membership to become a founding member and help shape HuffPost's next chapter
Join HuffPost

Face To Faith: Three Crucial Testimonies of Friendship Across Religious Divides
Most and Least Interfaith Cities 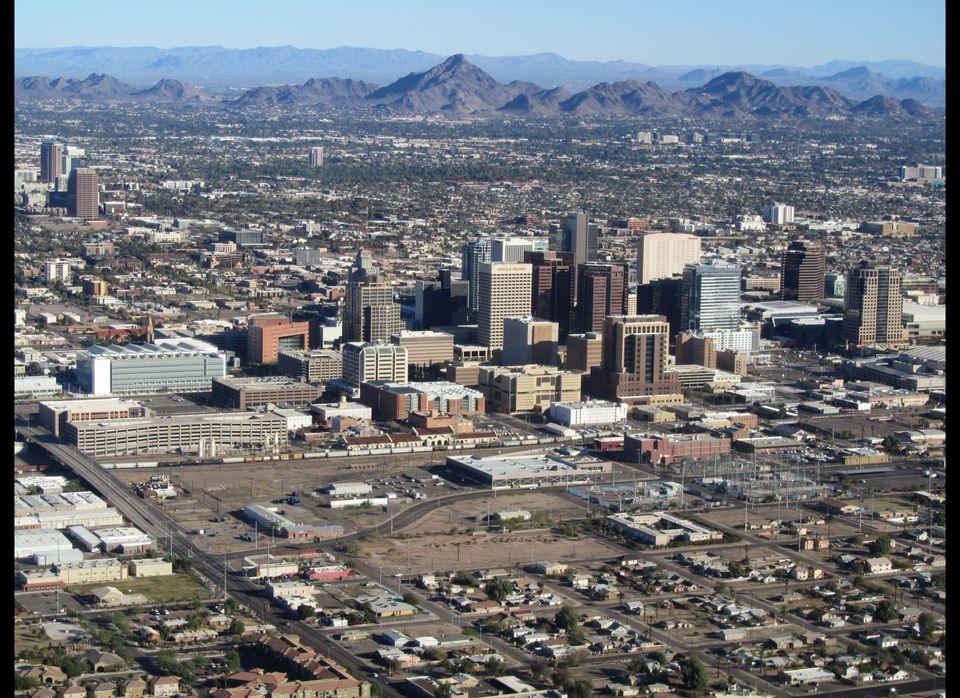