At All Things D's AsiaD conference, Google's mobile SVP Andy Rubin didn't have any difficulties getting the facial recognition feature to work.

According to Engagdget, the Galaxy Nexus isn't the first gadget to offer this feature:

Facelock, which was announced at Nokia World 2010, required users to set a photo of their face as the key so that the front-facing camera could match their face to the photo and unlock the phone. The fact that the Galaxy Nexus has a similar functionality isn't surprising when you consider the list of supposed Nexus apps that was leaked in September. At that time, some websites noted the appearance of something called "FaceLock.apk" on the list of applications to be included in the new Samsung, Google phone.

Face Unlock isn't the only new feature on Ice Cream Sandwich. As reported in The Huffington Post, at Tuesday's event, Duarte, said that although people "like" and "need" Android, "people don't love Android." The goal of the 4th generation Android OS was to change all that by making the interface more visually appealing. Some of these changes include larger pictures, resizable widgets and home, back and search buttons right on the touchscreen.

Even before this update, Google and Samsung were already on top of the smartphone market. As reported by comScore, Google's Android is the most popular smartphone platform and Samsung handsets are the most widely used phones. Even so, on Tuesday, Microsoft CEO, Steve Ballmer dismissed Android as a competitor, reportedly saying, "You don't need to be a computer scientist to use a Windows Phone. I think you do to use an Android phone." Maybe U.S. smartphone users are smarter than Ballmer gives them credit for since Microsoft phones only command 5.7 percent of the smartphone market.

Click over to Engadget for a demo of the Face Unlock feature.

Check out the biggest changes offered in Android 4.0 (below).

Technology On The Move Samsung Google

Face Unlock On Android 4.0: Unlock Your Phone By Looking At It
Biggest Changes In Android 4.0(CLONED) 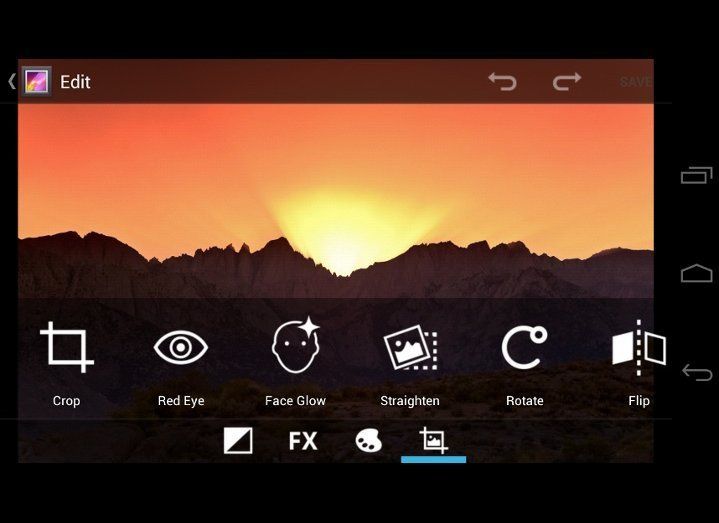 1 / 14
More Camera Features
What's different about camera functions in Android 4.0? A whole lot, starting with Instagram-esque photo-editing tools and deeper integration with social networks. <a href="http://techcrunch.com/2011/10/18/a-quick-ice-cream-sandwich-feature-rundown/" target="_hplink">TechCrunch is gaga over the improvements</a>, lauding the "image stabilization, improved autofocus, and integration with other apps for sending photos or instant upload to Google+. Oh, and who could forget built-in face detection, panorama and time lapse modes, and on-the-fly photo retouching and enhancements." Like Apple's new iOS 5, Android users will also be able to access the camera right from the lock screen.