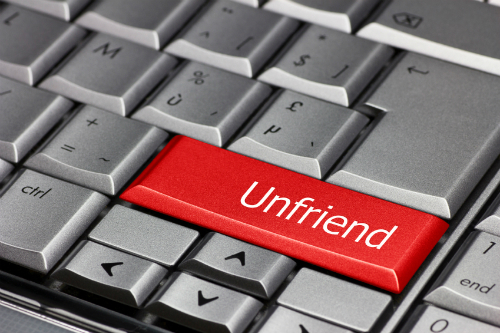 Facebook users are fucked. Since pretty much every human in the modern world uses Facebook, we're all fucked.

For those of us that have been on Facebook since the time when you had to have a college email address to sign up, the product has never been better.

I used to check The New York Times. Now, their Facebook page and relevant trending posts suffice. I used to use the app Pocket, but when Facebook added the feature, "Save ___ (i.e. video, link, post, image)," Pocket got deleted from my phone. Facebook has so many useful features that all other products are becoming obsolete.

But too many people have fallen into the trap of actually living their entire lives on and around Facebook.

It's become the first thing they check in the morning, the last thing to do before bed, and it's the thing of choice anytime there's a couple of minutes when you find yourself alone. Forget actually communicating with real human beings.

Facebook's great and I'm sure that with time, it'll get integrated into every nook and cranny of our lives. But it still won't be the real world. 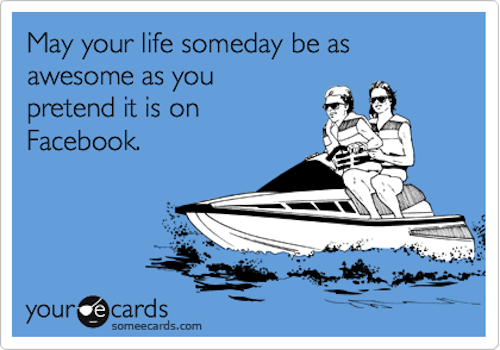 The Best Feature No One Is Talking About

I know, I know, I was that Facebook Friend.

I've gone from swearing off Facebook, to having an account, but not actually using it, to using it as a digital life journal where I store all the content that I find inspiring, funny, enraging, or for R&D purposes.

If you want to know "what's on [my] mind?", just spend five minutes scrolling down my Timeline and you'll find an accurate representation of what my mind gravitates to.

I've even made it easier for people: I frequently post relevant videos of what's happening in my life or what I think about XYZ. If you take the time to go through them, you have an accurate picture of me. And 100% of my posts are public.

Facebook is the first social network to master "identity." But I think it can also give an accurate representation of people's personality, character, and values.

Right when I was about to add Facebook Friend #1,751, I decided to stop accepting all Friend Requests and find out one simple question, "Who are these folks? What are they about?"

After spending 2-5 minutes looking into their Timeline, Intro, About, and Photos, I quickly assessed whether I liked them as a person, didn't like them, or needed more info.

I finally took the time to proactively Unfriend: the person who's every other picture was either a selfie or gratuitous body shot; the Facebook Philosopher who insists on posting "inspirational" quotes all the fucking time; the person who posts 20 times a day on their every single gym check-in, last meal, activity; and those that like to complain for the sake of complaining.

This is not what Facebook was originally designed for. It was designed to connect us. But with all the bullshit people post, the connections are a ruse; an illusion. 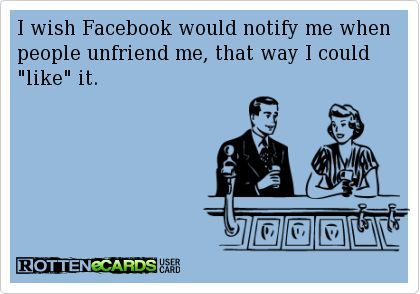 When I told my friend what I was doing, he suggested I simply Unfollow everyone. "My Timeline is just you, six key friends, CNN, and ESPN - it's awesome bro."

But that wasn't enough for me. I was looking for a compelling reason to stay connected.

A few quick reasons to press Unfriend:
- We haven't chatted/met up/texted in years.
- You haven't responded to any of my Messenger messages (but conveniently read them -Facebook also conveniently tells the user with a timestamp, you big dummy)
- You post stupid, offensive, time-wasting shit all the time
- I wish you happy birthday every year, but you don't have the courtesy to say "thank you," but instead choose to do a lazy status post like, "Thank you to all who wished me a happy birthday!"
- I comment on your posts, but all you can do is press the Like button every single time instead of commenting like a real person.
- the folks that only Share an article/video/picture without saying anything about the content - ever. WHAT THE FUCK DO YOU THINK ABOUT IT?

I dropped 1,750 off the Friends List because I didn't want to be exposed to them and their content anymore. It brought little, to no value to my life. (If I'm not person for you, please, do us both a favor and Unfriend me.)

Yes, I'm at fault for sending the Friend Request, Accepting their Friend Request, or not evaluating the connection sooner, but I'd really love it if Facebook messaged me at the end of every year with something like, "Facebook friends who you least interacted with this year." Take all my Friends List and give me a simple number that shows how much we've engaged this year. If it's less than 20%, why bother knowing each other? 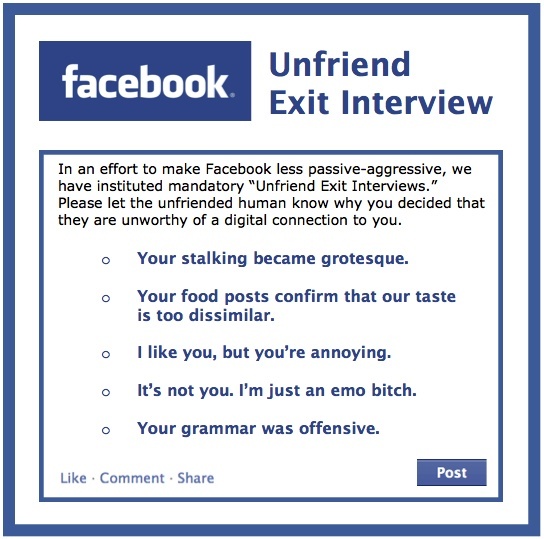 And who really needs a Friends List limit of 5,000?

Nobody fucking needs that many "friends" in a world where we can barely communicate with 140 characters. Make the limit 1,000 Zuckerberg, and I bet you a pint of apple cider people will use the product more.

The most prized feature you're overlooking is the Unfriend button. Take 5 minutes to go through your Friends List. I'll bet you drop a good 25% with just one round of Unfriending.

And I'll bet even more money that you won't even miss the Facebook Friends you dropped. And they won't miss you. You guys were just a number on each other's Friends List.