A new type of video is coming to your News Feed.

Facebook announced Wednesday that the News Feed will support 360-degree videos, which let you move your viewpoint up, down, left or right to see different areas in frame.

“This is a new and much more immersive type of content,” Mark Zuckerberg, Facebook’s CEO, said during a keynote address at the company’s annual developer conference in San Francisco. “You’re actually interacting with it, and you feel like you’re there.”

Here's a sample of what the experience will look like:

Think of these spherical videos like a live-action version of Google’s Street View, which lets you virtually visit a point on a map and look 360 degrees around by dragging your cursor or finger across a screen. 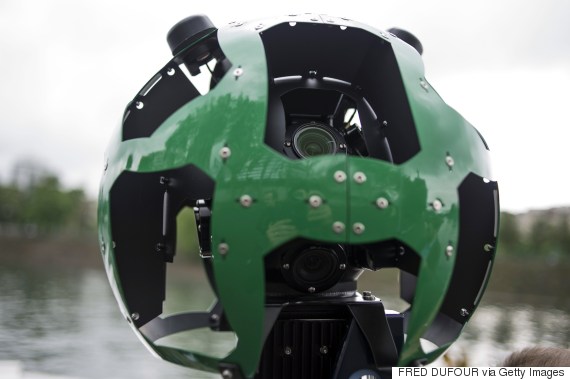 Spherical videos are filmed with special cameras that record a 360-degree view. Although they provide a unique experience when viewed on a computer screen, their real potential lies in virtual reality. To that end, Facebook said that 360-degree videos will be viewable using products from Oculus VR, the virtual reality company that Facebook bought last year for $2 billion.

“You’re going to be able to put on your headset and feel like you’re really there,” Zuckerberg said.

Facebook’s announcement comes fewer than two weeks after YouTube started supporting 360-degree videos. YouTube’s videos can only be viewed in the Chrome browser on a desktop or in an Android app.

It’s unclear when Facebook’s new feature will roll out, if it will be available on both mobile and desktop, and which types of cameras will be supported.