Facebook's Timeline apps are about to get a lot more interactive.

The social network announced in a post on its Developer Blog the rollout of "action links," which let users interactions to go beyond "liking" and commenting on app posts that pop up in their news feeds, Timelines or tickers.

Action links can be customized by app developers to enable a deeper connection between Facebook members and the sites and services they like to use. For example, in its May 2 blog post, Facebook includes a screenshot post of someone's check-in via Foursquare, which, in addition to "like" and "comment" links also features a "Save This Place" link. This link would allow users to save a place to their Foursquare to-do lists without ever having to leave Facebook. 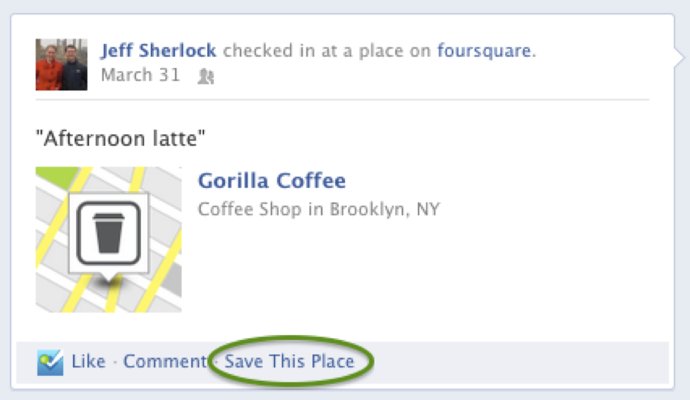 Similarly, the "Fave this Product" link added by developers to Fab.com posts lets users to add a product to their own Fab.com favorite list without having to open a new page.

Back in September, during the company's massive f8 conference, Facebook first floated the idea a wide rollout of "Actions" that would let developers turn any verb into a link that works similarly to the "like" button. In January, Facebook announced the launch of 60 new Timeline apps that employed this feature. Now, the company is offering developers the option to integrate "Action links" into any Timeline app, allowing users to interact directly with those apps.

As The Next Web points out, these actions link could be a useful way for developers to increase direct actions within apps, as users don't even have to leave Facebook to interact with them.

What are your thoughts on Action links? Will you click on them when you see them around Facebook? Share your thoughts with us in the comments! But before you do, make sure to flip through the slideshow below to check out the social network's top 17 app recommendations.