Facebook has already taken over your life. Why not just move in next door to the company?

It's a question many of the company's employees may be asking themselves soon enough. The social media giant on Tuesday announced plans to partner on a swanky apartment complex within walking distance of Facebook headquarters in Menlo Park, Calif. The units will be available to the public, but it's expected that Facebook employees will be eager to rent there. Especially given the ever-rising real estate prices in the company's backyard.

The $120 million, 394-rental unit complex, developed by St. Anton Partners (which will serve as landowner and developer), will have all the resort-style amenities that a young, well-paid Silicon Valley type would want: private pool with cabanas, a clubhouse with outdoor kitchen facilities, and a rooftop entertainment deck. On-site businesses are set to include a market, pub, cafe, dog grooming and care facility, yoga studio, bike repair shop, dry cleaner and concierge. The development will also provide 53 low-income housing units.

According to The Wall Street Journal, all but 15 units at the development -- dubbed the Anton Menlo -- will be open to the public.

St. Anton Partners wouldn't reveal any more about Facebook's corporate housing arrangements or the company's financial investment when reached by The Huffington Post.

Though the list of sweet perks goes on and on, some have expressed concern that Facebook's development is just the next step in blurring the lines between work and personal life.

The Wall Street Journal compared the development to the “company towns” of the early 20th century, where factory workers lived in company housing and were provided with health and law enforcement services, grocery stores, theaters, churches, etc. While extremely popular, such arrangements were criticized for fostering corporate paternalism. And companies were accused of ripping off their workers: The company store infamously overcharged workers, who essentially handed over their paycheck there each week.

Calling the phenomenon “the downside of free lunch,” HuffPost columnist Ann Brenoff wrote that such overwhelming amenities and live-work relationships can discourage a life away from the company and pressure employees to be always on the job.

A Facebook spokeswoman brushed off the idea that the new housing was an incentive to keep people from leaving work.

"We're certainly excited to have more housing options closer to campus,” she told The Wall Street Journal, “but we believe that people work at Facebook because what they do is rewarding and they believe in our mission."

The spokeswoman might be right: According to NBC, the most sought-after job in Silicon Valley is not even a job but rather a Facebook internship.

Check out renderings of Anton Menlo in the slideshow below: 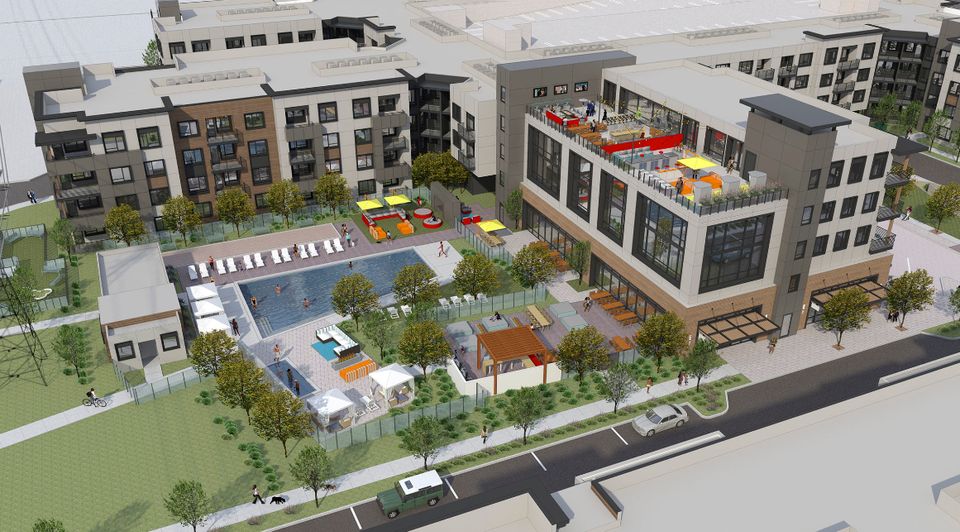