This is the second of an ongoing series of interviews with artists who have specifically used Facebook in some manner to expand their artistic practice. The first was with Jennifer Reeves. Los Angeles artist and arts blogger Tracey Harnish, in discussion with Oliver Wasow, has also investigated the impact that social media has had on creativity, documentation, and the very definition of art itself. It should be noted too that the idea for the project came from scrolling down my own wall.

Now, in the era of the Social Web, she continues to make art that is smart, witty, and funny, work that appears in various iterations on her Facebook wall (Think of it as her "Judy Was Here" version of the Kilroy meme). Writer Andrea Scrima calls these pieces "quotidian interventions," which serves as a spot-on description of the way Facebook scrollers discover them, like Donatellos among the Fauves, amidst the digital detritus of the Facebook scrum.

One of the benefits that Facebook-as-artistic-platform confers upon artists is the ability to not just discover what artists are doing (less virtuous artists would call it spying) but to set up the chance for collaboration. Such is the case with a recent series of paper pieces that Rifka created, pieces that were similar in structure to pieces from her "Monster" series. Writing of the "Monster" series, Scrima describes and contextualizes them thusly:

"Rifka seems to take her creations through the various pupal and nymphal stages of metamorphosis and all manner of sexual and asexual reproduction, yet amidst these celebrations of mitosis and meiosis, the artist's true mode d'emploi is parthenogenesis: she creates and recreates herself at will."

Because she "creates and recreates herself at will," the thrust of this interview will be the manner in which these pieces were reborn, via a Facebook encounter with artist and musician Daniel Dibble, into a series of videographed vignettes (see links below).

JS: How did you begin to use Facebook as an artistic forum? How long were you on Facebook before you realized it might offer creative opportunities?

JR: From the start, I thought of FB as an arts platform. I was so happy to have direct contact with people, to show them what I was doing. It solved the problem of having work sequestered in my studio.

Facebook came to life for me in a 2008 thread involving Oliver Wasow, John D Monteith--likely Jennifer W. Reeves was there. It was a quiet summer holiday, and we bantered for two days. By the time the thread ended, I started actively pursuing the forum.

From that time forward, I thought of the platform in two parts: my posts, and my participation in threads.

One FB friend, John D Monteith, gave me a wise tip early on: "Smart and Funny."

I breathe art. It's part of my day. I want it to be public without mediation. That is to say, without separation, or gatekeeping, or financial barriers. Just intuition. Maybe a process of intuition comes with years of life in the studio. And I will ask myself: how do people define art in ways that it doesn't have to be defined? I want to laugh, read The Diamond Sutra. I am intrigued with paradigm shifting.

A few years ago I taught courses on the Golden Age of Athens. It was there that I looked at the development of tragedy. I began thinking about FB comments as a form of Greek Chorus. So you make your posts. Your art. Then the chorus chimes in. They agree. They disagree. They interpret, they give insights. At his trial, Socrates claimed that he always listened to his oracles. That's how I want to work.

In Jürgen Habermas' "Ideal Speech Situation," the public sphere is "a discursive arena that is home to citizen debate, deliberation, agreement and action." Everyone, and I mean everyone, is allowed to participate, and I adopted that as my credo. I want what Shirkey calls "One Stop Shopping." In art.

JS: How would you assess the significance of the intersection of your studio practice with the seemingly limitless parameters of social media?

JR: At first, I posted works from my studio. But it wasn't long before I was using my webcam to show the art as it happened. For the best part of four years, most of the work has been ephemeral. I'd grab a gaggle of papers I had cut, and hold them in front of the webcam, often mirroring, and shoot the moment that captivated me. Sometimes I colorized. Then I'd share and post. People responded with their Rorschach interpretations. So I was live. I wasn't making things. Only later did I enlarge the "Monster Photographs," for example, that I showed at "Art 6" and Pool Art Fair. Jennifer W. Reeves and I sat at her magic giant printer, and she helped me produce the prints. But the cut shapes of paper that went into these designs remained detritus on my floor. It would be three more years before I actually pasted the shapes into collages. I think the spontaneity is what "stuck."

I have to thank both my grown sons, who as kids gave me my best ideas... John, who told me I should do two paintings in one painting, and Matt, whose play school collages stacked papers on top of each other without a care about lateral composition.

JR: The platform is a giant squid, inextricable from my artistic process and social communication. When it came to the portraits, I wanted people to see my face now. What I look like now. I don't want to shock or disappoint people when I meet them in 3d!

JS: What were your initial thoughts when you initially began to post your daily photographic self-portraits, images of works in progress, and this collaboration with Daniel, of which more later? Was your initial interest more documentative or did you see at the time that it offered the potential for something different?

JR: The Prof picture itself becomes an avatar. That is who people are talking to. I like to change it frequently, as I redefine and restructure my morphing identity. It is my interactive mirror. A cross between real life and gaming. You friend, you defriend, you flash your visual messages. You comment, you share friends and ideas. The acts are real, but everything takes place on stage.

JS: Even if Facebook goes sideways (it happens), has the era of the Social Web had had a significant and long-lasting impact on art or even particular genres of art, on politics, on the marketing and sale of art? How?

JR: If social media goes sideways, it will be a sad day for democratic and inclusive art and politics.

With social networking sites (SNS) the hegemonic gatekeeping processes and control over the spread of art information is essentially over. Antonio Gramsci ("Prison Notebooks") would have loved this. He had to write from jail. He should have been on FB implementing OWS (Occupy Wall Street). I'm sure a lot of people try to demean SNS for that reason. People want to laugh at Gramsci or Benjamin, but they were so prescient.

JR: It's not only FB, it's also the live performance, posting that for all to see, and comment on. That is very different from poring over a Photoshop document and designing a composition. How handy to be able to play music to it on my mac and record the operation! It's reality art. How clunky and burdensome seem the traditional means of creative communications! Studios, materials, acceptance to limited gallery space, transport, rent! And how all that impacts the criticism process. This is a methodology that's unencumbered.

Sometimes a piece is a smash hit, sometimes it's embarrassing, sometimes it's painful. But you keep going along the moving sidewalk that is Facebook. And the aspect of showing works in the continuum of time informs the process.

JS: Is Daniel a Facebook friend or did you know him prior?

JR: I always laugh when I think about how I saw Daniel on the thread of a mutual friend. That's pretty much the way it happened. I asked if I could use his Reverbnation and Soundcloud compositions.

The collaborations were pretty open ended. I was dressing in black and juggling paper cuttings hidden between the two mirror images. Later, I was in a mask and costumes, and swathed in LCD projections. Daniel worked on the video post-production on these, re structuring and mastering the sound.

By the time we did the Sunrise sets, we were immersed in the collaborative process. He was in Sheffield, England, FB messaging and art directing, and I was here in Loisaida (For non-New Yorkers, that's New York's Lower East Side), costumed and shining projections on myself. I'd be emailing him clips for his comments. Usually, the sessions would end when he told me "Stop Sending!"

On the black animations, he isolated these ephemeral moves, and paid so much attention to each one! The whole idea of modern art is to capture the ephemeral. More Walter Benjamin, whether you want to hear it or not, haha: "the integrity of an experience that is ephemeral."

JS: How did your collaboration with Daniel come about? Would it have happened without Facebook? If yes, would the result, the time frame, the reception have been different?

JR: We never would have even met without FB. The process of working together on FB was a breeze. Meeting, becoming acquainted with each other's work. We had all the lo-tech technology we needed. And a ready venue. It provides a context for how we work, and what we want to say.

We have never met in person, though we do discuss our likes and dislikes about art, and brainstorm ideas for work. Why would we need to meet in person? It's counter-indicated.

JS: Does your posting of work on Facebook allow you to take your work in directions that it couldn't or wouldn't have taken without the ability to instantly disseminate it?

JR: In the collages I am taking the shapes in the other direction, that is, finally making these ephemeral compositions permanent, and then posting them.

It's not new for me, but new energy has charged up these works, due to this kinetic way of working .

People say on my posts, "Where can I see these?" I say, "You are seeing them."
Materiality has its value, yet that seems more and more oblique the longer my life in art is immersed in SNS .

JS: Are you going to do anything with these videos?

JR: In 1980, I worked on lo tech vid "Slap Pals." Julius Koslowski and I threw down acetates onto a TV Screen, and shot animation in Super 8, and transferred to vid. Bruce Tovsky and Robert Raposo composed the music. We showed them at night clubs and the New Museum. Bruce recently told me he remastered those Slap Pals vids. He invited me to screen them in his Brooklyn Navy Yard Screening Room. We decided this would be the perfect time to premier Daniel & my Sunspots Set, and now I can't wait to show them large screen with great speakers.

JS: What else, with respect to Facebook, are you working on?

JR: I'd really like to see the Sunspots, and maybe some future vids in a 3D installation, using image mapping.

Facebook as an Artistic Platform: An Interview With Judy Rifka
Judy Rifka 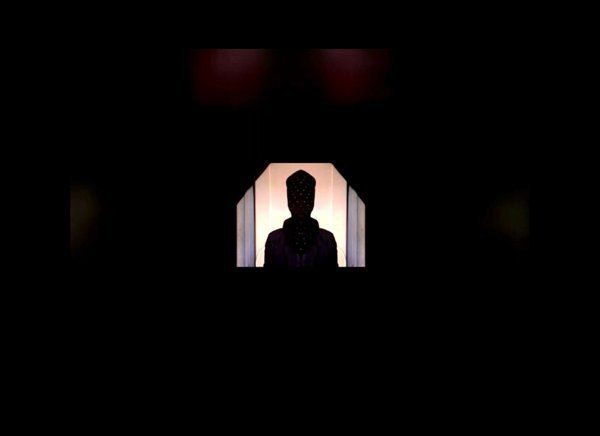