Graphic designer Pat C. Klein has created a board game based on Facebook in an effort to move friends from the computer screen to the living room floor, and the results are wonderful.

Klein created the board game to "create an experience to persuade people to stop using the Internet forever," according to his site. "The idea is that instead of engaging with Facebook on your computer or phone, you can arrange to meet up with friends, have a few drinks and play in real life," Klein writes. 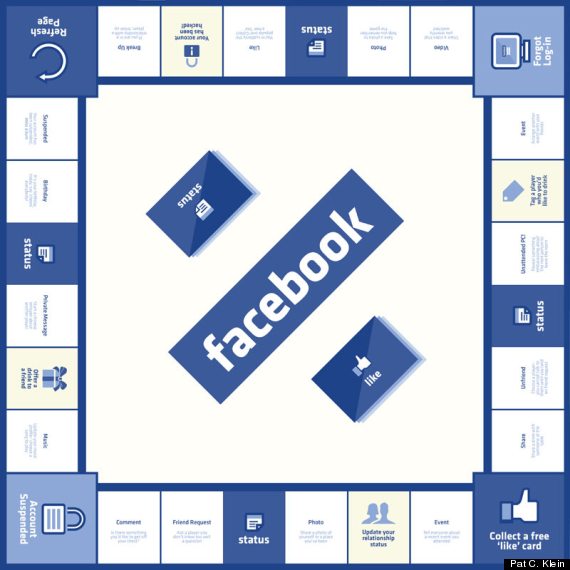 The game's board features hilarious instructions. When a player lands on the "Unattended PC!" space, he is supposed to "reveal something embarrassing about the next person to leave the room." If anyone in the relationship with another player, they have to break up if someone lands on "Break Up." 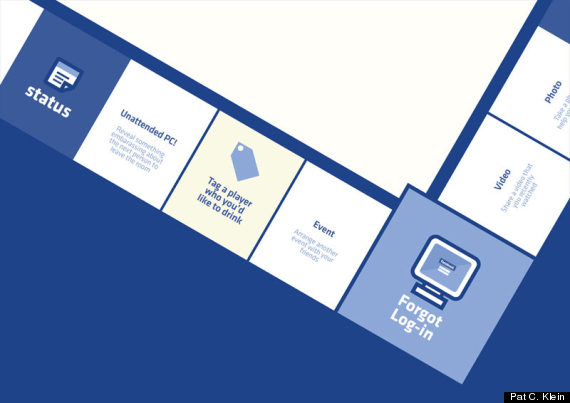 Most people have a love-hate relationship with Facebook. We all say it's annoying and we're over it, but still end up coming back to check out acquaintances' photos again and again. The same thing goes for board games. After one 6-hour Monopoly game, we swear them off forever, but when somebody suggests Scattergories a week later, we're all excited.

See more photos of the board game below: 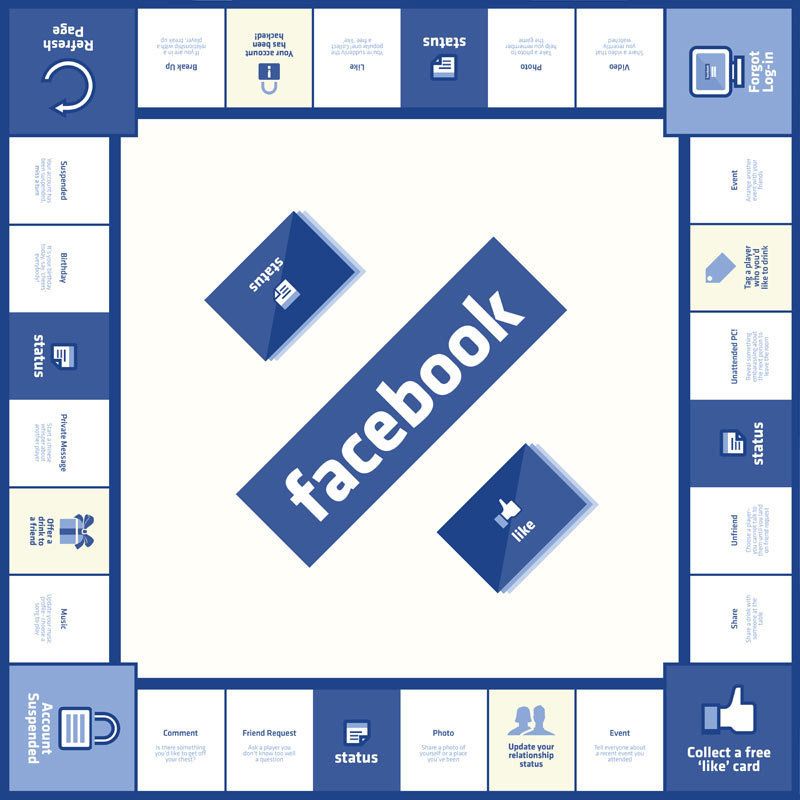