You may never have heard of WhatsApp, the messaging service which Facebook on Wednesday announced it had purchased for a jaw-dropping $19 billion, but a lot of people, especially in India, Latin America and Europe, have.

WhatsApp customers send a whopping 19 billion messages each day. Yes, that's billion. With a "b." 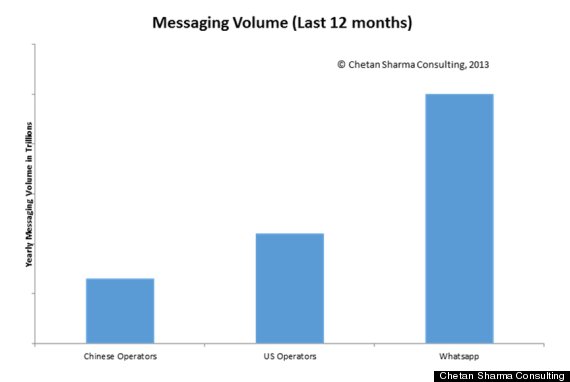 The rise of over-the-top (OTT) messaging services like WhatsApp, Snapchat, Viber, WeChat, Tango, and even Apple's iMessage has been accompanied by a decline in traditional text messaging. Unlike SMS messages, which can count toward an allotment determined by your carrier, OTT messages can be sent over Wi-Fi or data networks. This makes these apps great tools for communicating quickly and cheaply with family and friends who may live in other countries.

As the below chart shows, SMS usage, or traditional text messaging, peaked in 2012 and has been declining since. 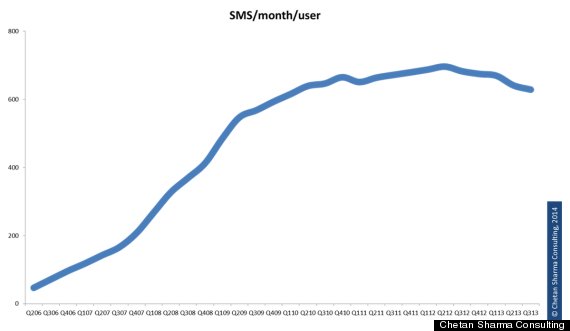 And, at least in the short-term, these trends show no sign of letting up. WhatsApp, according to Facebook, signs up over 1 million new people each day.