This post originally appeared on Slate By Mark Joseph Stern 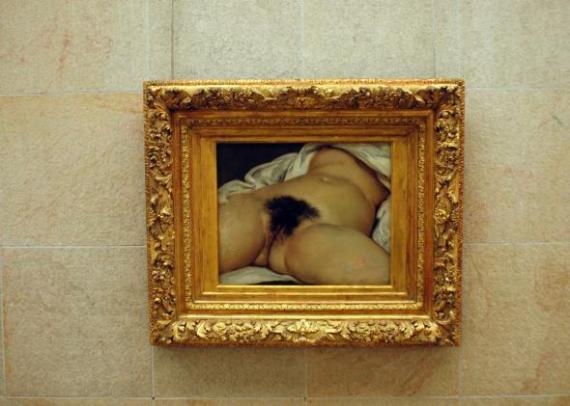 Gustave Courbet’s The Origin of the World is a stunning work of art, a gorgeous display of painterly brilliance and a cornerstone of the French Realistic movement. It is also, according to Facebook, pornographic. The website recently censored an image of the painting posted by a French teacher, then suspended his account for violating the terms of use. Now the teacher, whose name has not been released, is suing, claiming that Facebook violated his free speech—and that French courts should have jurisdiction to hear his case. On Thursday, a Paris court agreed with his second claim, meaning the man will receive a trial in France under French law.

Upon first glance, this news might seem like a big win for free expression. Facebook’s indecency policies, after all, are absurdly arbitrary and puritanical, calling for the censorship of nude drawings and breastfeeding photos. And a Courbet fan has a much better chance of winning a free speech claim against Facebook in France than in America: While the First Amendment only applies to government censorship, France’s free speech laws can sometimes be used to punish private censorship, as well.

But in reality, Thursday’s decision could clear the way for civil libertarian nightmares down the road. European countries generally take a very lenient approach to free speech, granting the government broad powers to censor any expression deemed hateful. Allowing European courts to monitor the online speech hosted by American companies would ultimately result in punishment of unpopular views and chilling of vital expression. French courts have already tried to forbid Yahoo from permitting the sale of Nazi memorabilia online, and President François Hollande is currently considering legislation that would hold websites like Facebook and Google accountable for allowing the publication of hateful speech.

This is a dark path, and I doubt even those fed up with Facebook’s censorship are willing to go down it. France has a right to censor its own citizens, but its repressive theories of free speech shouldn’t start infecting American-based Internet hotbeds of expression. I adore The Origin of the World and think Courbet’s influence on Post-Impressionist earns him a spot among the greatest painters since the Italian Renaissance. But I’m willing to let Facebook censor it if it means keeping France’s hands off the modern era’s most vital forums for uninhibited expression.

France Wants To Punish Facebook For Censoring A Painting of A Vagina. Terrible Idea.
30 Artist Names You Are Probably Pronouncing Wrong