Facebook's CEO is no Apple fanboy. When Facebook CEO Mark Zuckerberg wanted a new phone, he decided to switch to the iPhone. Given the complaints that ensued, he might have waited for the iPhone 4.

NBC Bay Area reports that the CEO decided to switch to the iPhone because his BlackBerry was "hurting his thumbs."

Within a few days, the iPhone honeymoon was over. Zuckerberg posted a complaint to his Facebook wall lamenting the device's battery life and the dropped calls he had experienced.

"This week I got an iPhone. This weekend I got four chargers so I can keep it charged everywhere I go and a land line so I can actually make phone calls," he wrote.

In a later post, Zuckerberg quipped, "I'll probably get iPhone 4 if I don't switch to Android first." (The iPhone 4 will be available on June 24.)

The iPhone dis made the rounds on the blogosphere until the CEO decided removed it from his Facebook wall (or set it to "private"). 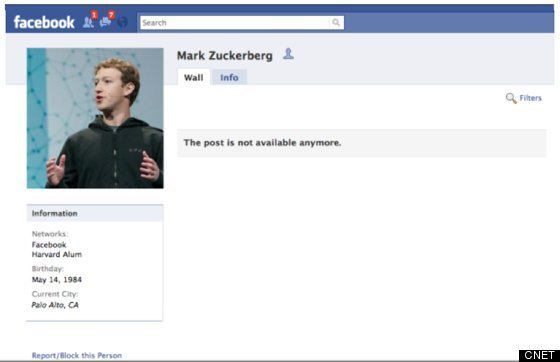 The iPhone 4 will feature a longer battery than the 3GS, which should satisfy the young CEO. However, AT&T is still the sole carrier.