Self-described “international art promoter” Hamilton Moura Filho, who lives in Milan, is outspoken about issues on this Facebook page, including his disdain for Donald Trump, but he wasn’t trying to cause a fuss when he recently posted an image by Caravaggio’s depicting a victorious Cupid.

All the same, he ended up with his account briefly suspended. This is just the latest instance of artworks of varying degrees of provocativeness being censored on the social media platform, from art critic Jerry Saltz’s racy medieval images to an anodyne sculpture of a mermaid in Copenhagen and an iconic Vietnam War photograph.

Naturally, the latest case has earned news coverage from Italy to South Africa to England’s BBC.

“Amor Vincit Omnia” (1602) shows the symbolic figure of love, triumphant over human endeavors like music, in the form of a violin and a lute, and war, in the form of a suit of armor, all scattered on the floor at his feet. It hangs in Berlin’s Gemäldegalerie, one of Germany’s federal museums, which acquired it in 1815.

The Cupid is shown nude, with his legs splayed, and for that reason, Facebook informed Filho, the image violated Facebook’s “community standards.”

The censorship is “an outrage against history and culture,” says Filho, who told Italian newspaper La Repubblica that he wants to take legal action. 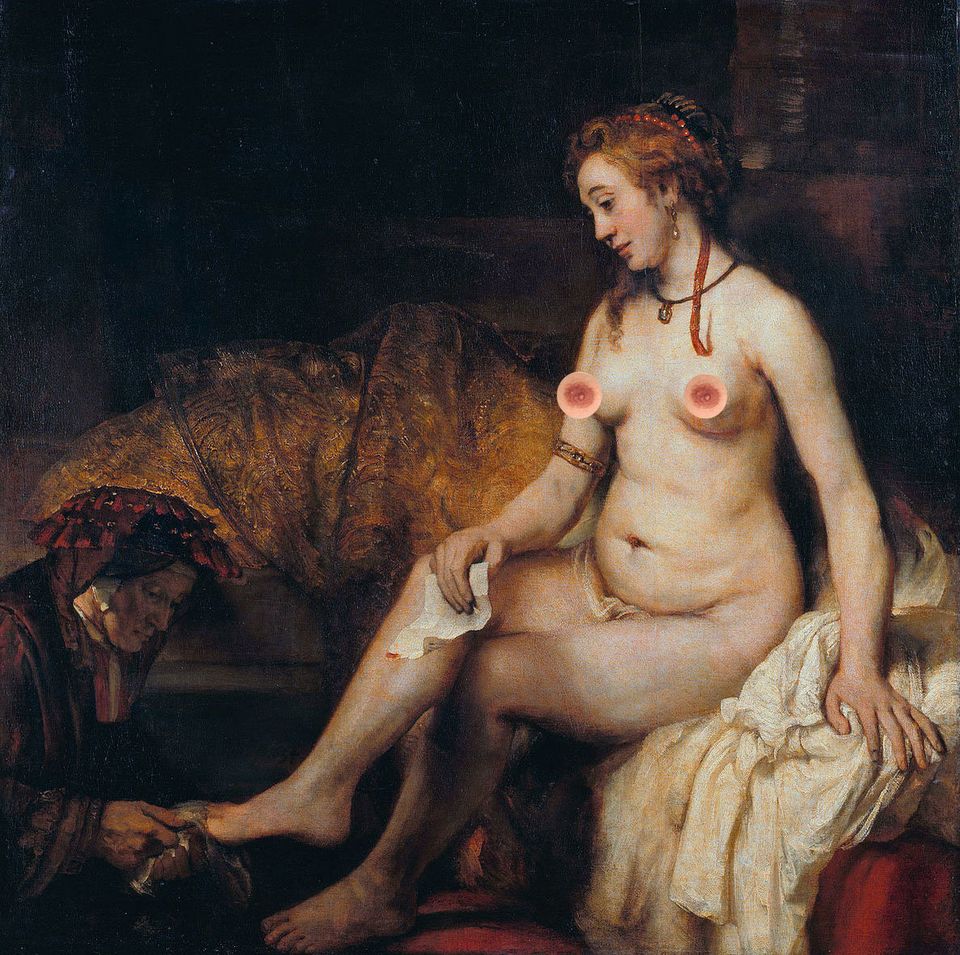