Now if you're using Facebook Messenger, the social network's chat feature, you can let the person you're talking to know how much you totally hate what they're saying via a blue thumbs down.

The "thumbs down" icon for Messenger comes in a newly-released pack of "stickers" available for free in Facebook's Sticker Store and was pointed out by the The Daily Dot on Wednesday. To get the stickers:

1. Go to the chat feature while browsing Facebook on the web or mobile.
2. Click the smiley logo in the bottom right of a chat window.
3. From there, click the shopping cart to open the "Sticker Store."
4. In the "Sticker Store," download the "Likes" pack of stickers.
5. Dislike away! 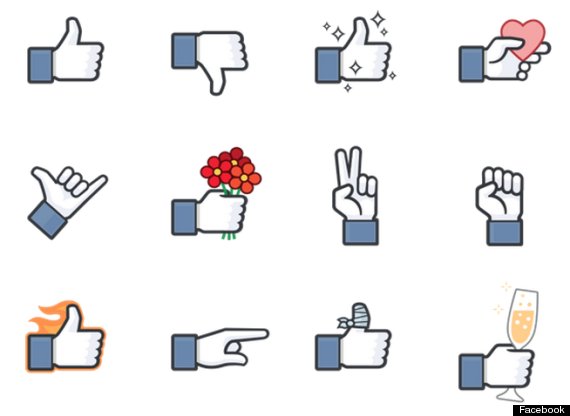 Though long demanded by Facebook users as alternative to the "like," the dislike button has been shot down again and again by Facebook. "Actions on Facebook tend to focus on positive social interactions," Facebook engineer Bob Baldwin said during a Reddit AMA in April. "Like is the lightest-weight way to express positive sentiment. I don't think adding a light-weight way to express negative sentiment would be that valuable."

There's also the potential horror show (for Facebook) of users "disliking" all the ads Facebook is now pushing to its users.

Though a fully functional dislike button -- that works outside of Messenger -- remains a fantasy for now, earlier this month Facebook engineers indicated that they had experimented with a "sympathize" button. The button would be more appropriate than "like" for when someone posts about a breakup, a death or even just a bad day.