Posting a red-faced, drooly-drunk picture of yourself on Facebook may seem like a good idea at 2 a.m., but the next day? Not so much.

Facebook apparently wants to help you avoid such embarrassment. The Facebook Artificial intelligence Research lab is working on a feature that would study any photograph you're trying to post to the social network, determine whether you look intoxicated in that photo, and then advise you against posting it.

This would be one aspect of a tool Facebook is developing called a "privacy assistant," which would help users make sure their posts are seen by the right people, a representative told The Huffington Post. For example, if you're looking a little too full of "holiday cheer," Facebook might suggest you share a photo with a group that doesn't include your mom. It's still in development, with no rollout date planned.

It's part of a broader effort to make Facebook "smarter," helping you get your content to the people who are most likely to find it interesting and/or appropriate. 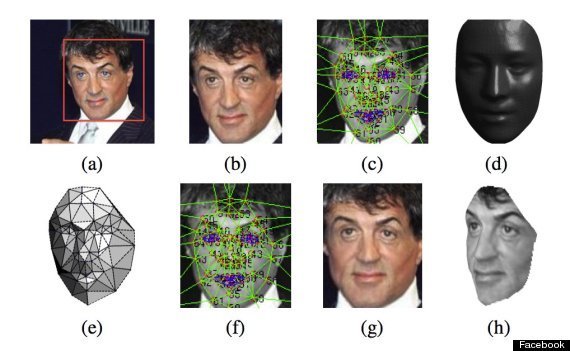 Facebook can already predict a face's identity with 97-percent accuracy.

It's just one small part of a broader push toward "deep learning", an effort to bring artificial intelligence closer to how humans actually think. Facebook has used such technology to accurately identify individual faces up to 97 percent of the time.

Facebook says its technology is already smart enough to filter spam out of your News Feed, along with upsetting content, though much of that work is still done by actual human beings.