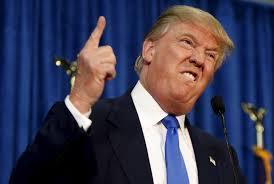 Facebook is a social problem. It rewards shallowness and breeds a mentality that is seeping into the rest of society. And elections.

Facebook users accumulate "friends" who are people they have never met, but who have clicked off that option. This hardly qualifies as real friendship, by anyone's measure, but is actually a source of pride to the Facebook crowd.

Even more superficial is that users accumulate "likes" they receive from people. These "likes" are clicks of approval for the page, its content, the photograph, the attractiveness of the page person or because they want to be "friends" and "like" someone who has a lot of "friends" and "likes."

Little wonder this is the architecture of Facebook: its creator was a nerdy guy at Harvard who couldn't keep a girlfriend at the time. Even worse, the system he's built is flawed and the number of "likes" and "friends" can be gamed by purchasing phony ones in bulk from unscrupulous public relations firms.

This is what some politicians and movie stars do until and unless caught.

More importantly, what has been created is a baseless rating system that's open to fraud and forms a worldview about as comprehensive as was found in the high school cafeteria. In fact, the pursuit of "friends" and "likes" is turning the world into one gigantic Homecoming King and Queen contest.

Because of this and other criticisms, Facebook has responded. This month, it rolled out its "don't like" button choice. Billed as an advance, it only means that people can anonymously reject someone and, as the opposite of "likes", merely reinforces the old popularity game.

Instead, the site should ban anonymity, scrap "likes" and offer buttons labeled "important" or "interesting" or "informative".

For democracies, this mentality is worrisome because most under-35s rely on Facebook for their "news," personal and world. Now we have Facebook electioneering and Facebook Candidates like Trudeau and Mulcair whose election priorities are hair and smiles and money giveaways to rack up "likes". And in the U.S. Donald Trump is nothing more than a brand whose content is only anger.

When it comes to electing a President or Prime Minister, "likes" are as relevant as they are when picking a trial lawyer, dentist, surgeon or architect. Consider whether Winston Churchill would have gotten any "likes"? Or how many "friends" he would have racked up? Or, worst of all, consider how many voters under the age of 35 have never heard of Churchill or understand what great leadership is about?

Harper is no Churchill, but nobody today is. He has been a steady, eddy CEO of Canada for years.
So the tactic that all opposition candidates use is the "need" for "change." In Canada, it's called "real change" (as opposed to unreal change?).

But change is important if you are Barack Obama fighting for a major pivot on healthcare or Hillary fighting for gender rights.

But fighting for "real change" in Canada? Canada is one of the most coddled, cosseted and comfortable nation-states in the world.

A Winnipeg voter named Bill McCallum neatly unbundled this call for "real change" in a letter to the editor of a local newspaper. Here are excerpts:
"The Conservative government got us through the worst financial crisis since the Great Depression"
"...But Canadians say they want change."
He then lists other accomplishments:
"The government reduced the GST by two percentage points, a 30 per cent reduction on a tax that we pay on everything"
"The government introduced pension splitting for retirees (this benefits my wife and me and most of my retired friends and we are not rich.)
"The government instituted tax-free savings accounts, which benefit anyone willing to save"
"The government has negotiated a number of international trade deals which will stand us in good stead in years to come"
"Canada has been declared the best country in the world in which to live"
"...But Canadians say they want change," he noted after each fact.

Then he asked:
"My question, to those Canadians who want change, is which of the foregoing would you like to change, why and what would you replace them with?"

To his argument, many more accomplishments could be added such as income disparities matching Scandinavia's, despite election nonsense to the contrary by Justin and Mulcair.
Frankly, only hope for the electoral process is if serious voters will do some fact checking and research.

So Google it. Then vote.

First Published Oct 9 in The National Post in Canada