When you post to Facebook, you're not just sharing news of your most recent meal or weekend trip with your friends. You may unwittingly reveal a bit of your personality, too.

A startup called Five Labs has made a new online tool that it claims can analyze your Facebook posts in order to assess your personality. The site, which is based on a University of Pennsylvania study, looks at the language you use in order to determine different aspects of your personality. Specifically, the page looks at what are called the "Big Five" personality traits: extraversion, openness, neuroticism, conscientiousness and agreeableness.

Once the site has combed through all of the words used in your Facebook statuses -- 1,240 in my case -- it creates a fun little chart of your personality. When I did it, Five Labs said I am inventive, assertive, compassionate, sensitive and efficient.

The site also rates your extraversion, openness, neuroticism, conscientiousness and agreeableness on a percentage scale. Here's how mine broke down: 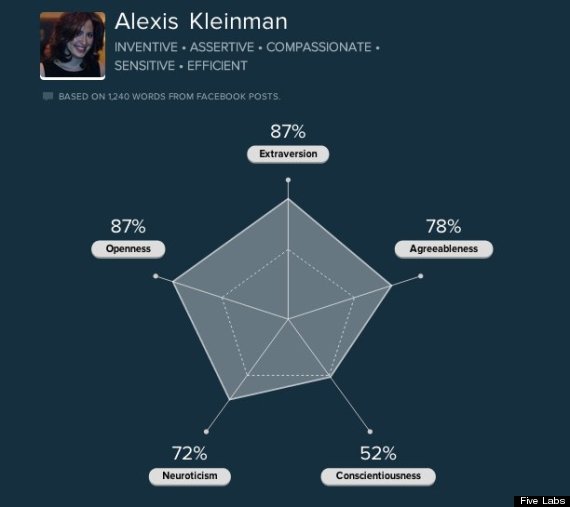 The tool may not be as good of a measure of personality as, say, a professionally administered personality test. But it's fun to get an idea of how others might see you on Facebook.

Even better, Five Labs lets you compare your own personality to those of your friends and celebrities. Of course, most public figures don't manage their own Facebook pages, so the comparisons have obvious limits. Still, it's fun.

Much to my delight, I am very similar to Facebook Oprah. In fact, we are an 89 percent match. Obviously, this algorithm doesn't take wealth into account. 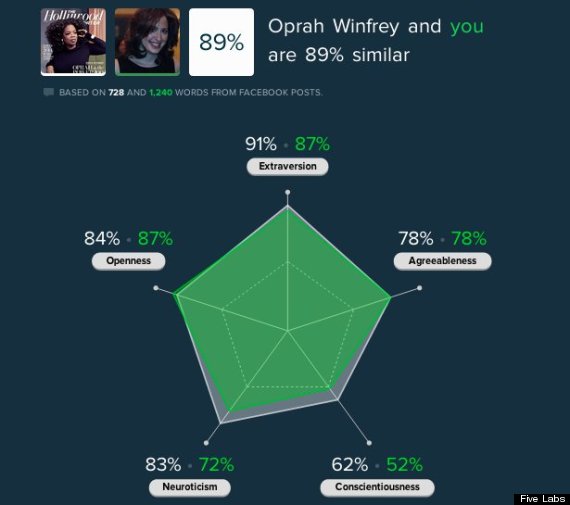 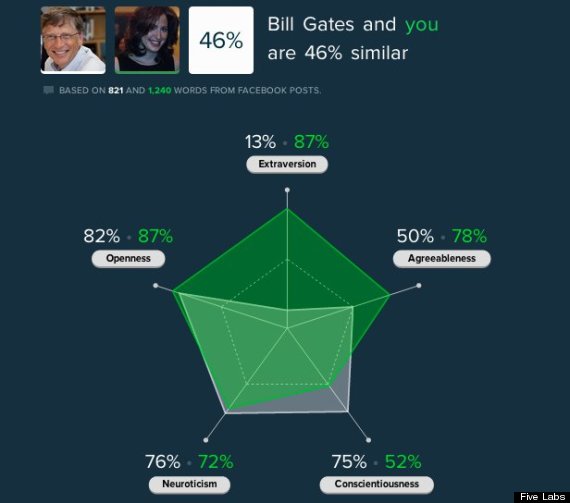 Maybe I'll take it again in a few years.