Facebook is all up in your business. You know this. When you sign in you are greeted with prying questions: "What's going on?" "How are you feeling?"

Now the social network is taking it a step further, analyzing your status updates and then suggesting your friends give you gifts after you share "good news," as Inside Facebook first reported Tuesday. The Give a Gift button shows up with statuses announcing new babies or jobs, Inside Facebook says.

The feature is part of the Gifts program that Facebook launched in September 2012, a Facebook representative told The Huffington Post in an email. The button builds on the social network's practice of suggesting you give a gift to a friend on his or her birthday and is part of the company's ongoing effort to make some money. The social network partnered with companies like Starbucks and Target to sell their products. Facebook gets a percentage of the sales.

I poked around on Facebook to see how the new Gift button works, subjecting my Facebook friends and colleagues to some fake celebratory statuses:

First thing I learned: My friends are really gullible. Also, I found out that the Gift button only appears on your friend's newsfeed if they "like" or comment on a celebratory status. More: You won't see the button if you just pop on your friend's profile page, to check out new baby pics, for example.

Oh and if in yet another status update you apologize for blasting your friends with a bunch of lies, the Gift button will appear (What?!):

Whoops! This mistake may have happened because someone commented on the status jokingly saying "congratulations" on getting into medical school. Facebook may be smart, but it still doesn't understand sarcasm.

Facebook's Alex Hollander wrote in an email that the Gift button I saw is a new test that is powered by "keywords" -- we're guessing "congratulations" is one of them -- but didn't offer much more information.

The idea of Facebook Gifts is great in theory, especially since Facebook is the only way anybody knows anyone else's birthday anymore. The gifts program hasn't really caught on, though. Plus, unless you're giving a gift to your Catfish boyfriend, what's the benefit of giving a gift through Facebook?

PHOTO GALLERY
What To Get For The Gadget Guru 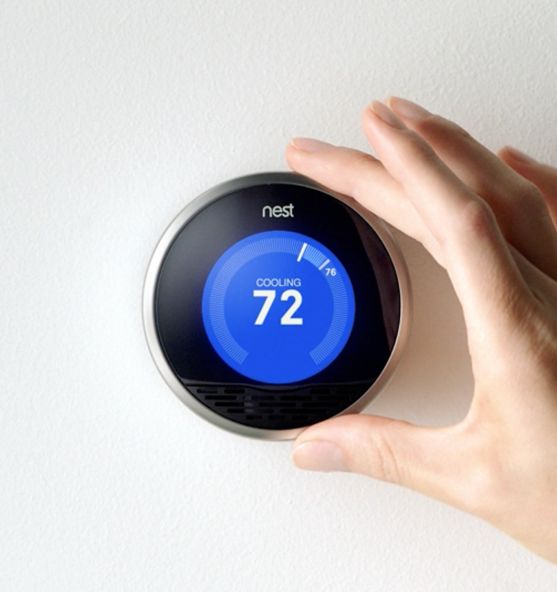 1 / 11
Nest Thermostat
This smart thermostat will remember their daily routine and adjusts the temperature accordingly to save energy. At <a href="http://www.nest.com/">nest.com</a>, $249 ($199 for first installation, $25 for each after).
Nest