As Facebook announced its IPO, investors pored over the S-1 filing in which Facebook was required to outline potential threats to its future business prospects.

The most troubling excerpts from the filing are listed below:

Item 1: Facebook has been successful in preventing users from deleting accounts by constructing a labyrinth of counterintuitive directories, but our engineers warn us of the possibility that an enraged user may inadvertently stumble upon our self-destruct button. 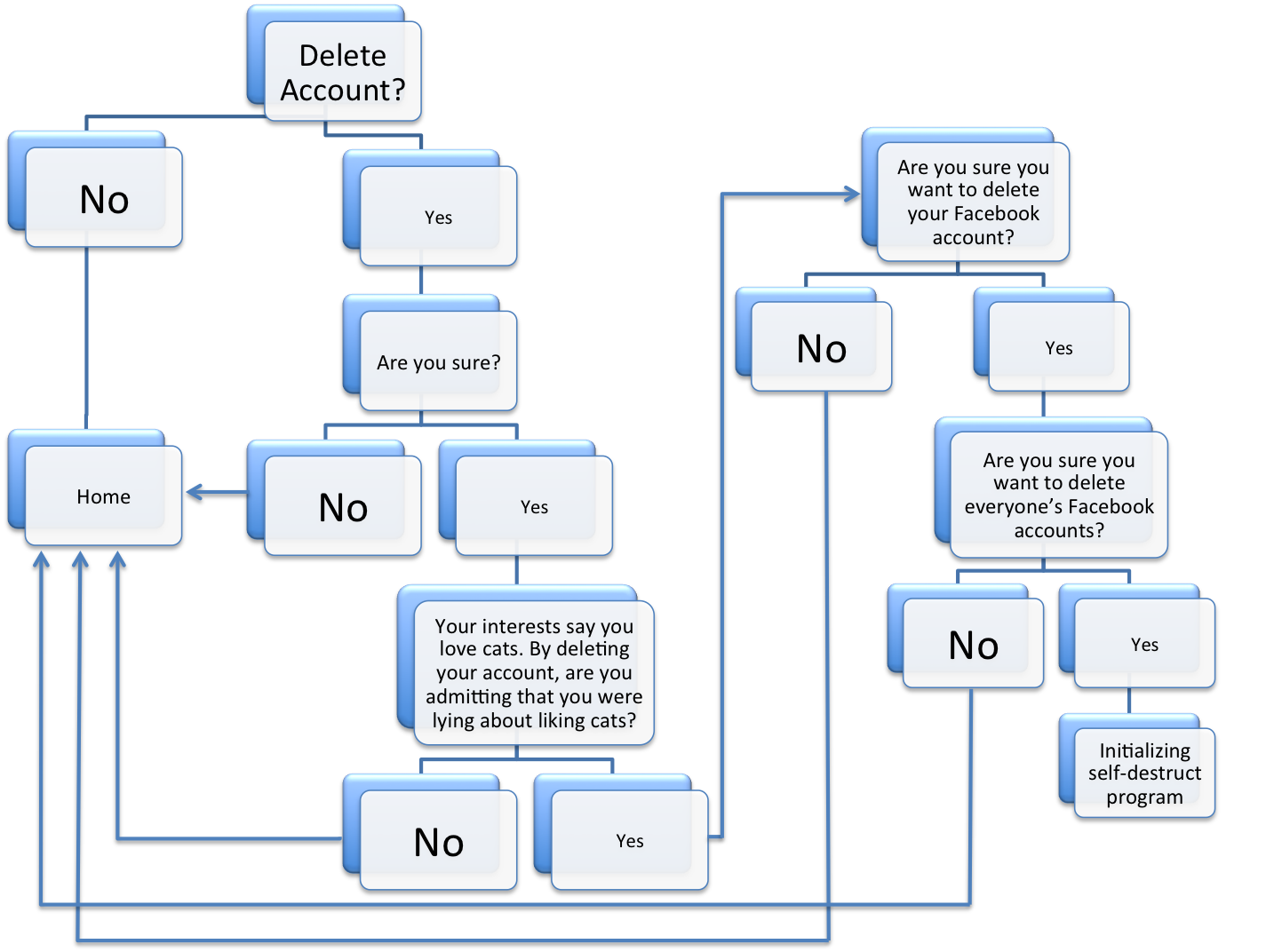 Item 2: 250 million photos are uploaded to Facebook each day. We worry this number may decrease if users learn that fewer than 96 pictures are actually viewed each day -- and 92 of those were only viewed for cyber-stalking purposes. Our social engineers have posed the following philosophical question, If a user uploads a photo of a tree falling in a forest, and no one is around to click on it except Facebook's photo recognition software which then sends him advertisements for chainsaw retailers in his zip code, will he continue uploading pictures?

Item 4: The most dedicated Facebook users ages 13-25, are increasingly concerned about Facebook's declining hipness factor as unhip parents ages 40-60 -- those who broadly refer to any online activity from email to Facebook to looking up sports scores as 'Internetting' e.g., "I'll send you the pictures in an Internet" -- have begun joining Facebook to inspect photo evidence of what their tuition dollars are paying for.

Item 5: We worry even more about our hipness prospects 20 years from now when the future children of the current 13-25 year-old demographic hear their parents refer to all new technologies as 'Facebooking' e.g., "I'll time teleport you a Facebook."

Item 7: We estimate 50 percent of married users ages 28-35 joined Facebook for the sole purpose of trying to track down and potentially hook-up with an old high school boyfriend/girlfriend. Once this mission is accomplished, their interest in Facebook seems to drop dramatically as they attempt to avoid that person.

Item 8: Scientists have long debated the concept of six degrees of separation between any two humans. Recent research suggests Facebook has shrunk this connection to 3.74 degrees. If this number continues to shrink, it will eventually approach 0.0 degrees as users are forced to Friend themselves and will ultimately delete accounts after being forced to view their own heart-breakingly banal status updates, relationship statuses, and dance recital pictures of their own uncoordinated children.

Item 9: Social engineers on the Facebook staff have posited on the real possibility of two Facebook Friends bumping into each other in the 'unvirtual world,' deciding to go for coffee, and using 'talking' to give each other status updates, and realizing they could learn to love this antiquated form of communication. If these Friends then adjust their Facebook interests to include, 'Face-to-Face Talking,' and then their network of Friends 'like' this interest, and their Friends' network of Friends 'like' this interest, we might be screwed.