Not only is Facebook's IPO likely to be the largest in U.S. history, it's also easily the most hyped. Will investors shell out $104 billion or a measly $96 billion? Can the company still innovate while keeping shareholders happy? Will Mark finally trade in that hoodie for a French collar and cuff links?

But behind the speculation is an undeniable reality. The Facebook IPO is a watershed moment in social media. It leaves no doubt that social networks are a true cultural and financial force. Social media is here to stay. It's not a fad. And it's huge business.

The big question is what's next. Facebook and other networks have major challenges -- and opportunities -- looming ahead. How they respond will decide who thrives and who ends up on the virtual scrap yard next to Friendster and Myspace. Here are five social media trends that I'll be watching: 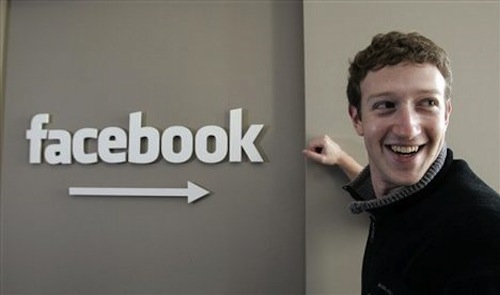 1) Mobile gets bigger and better: More than half of Facebook's 901 million users access the site through their mobile devices. Worldwide, mobile Internet users are set to overtake desktop users by 2015, if not considerably sooner. But social media on mobile remains in its infancy.

Just migrating desktop features onto phones and tablets won't cut it, as analyst Dion Hinchcliffe points out. What's needed is better location-awareness, improved video and audio and integration with third-party apps. Whichever social network gets there first will have a clear advantage. But trickier still for Facebook will be figuring out the advertising question on mobile devices, where small screens currently limit ad space and revenue.

2) The user data vs. privacy debate heats up: Social networks walk a razor-thin line. Growth depends on building a loyal following of users, who trust the network, volunteer personal content and lavish time on it (around seven hours a month, for the typical adult American Facebook user). But profit depends on harvesting those same users' data and finding ways to sell it -- directly or indirectly -- to advertisers and other interested parties.

The push to exploit user data in more and different ways may cause huge headaches for social networks in the years ahead. Not only have government regulators -- both in the U.S. and abroad -- stepped up scrutiny, but users themselves are increasingly sensitive to how their personal information is being shared. With Facebook going public and shareholders demanding results, the pressure to mine user information will only grow, as noted by New York Times tech reporter Somini Sengupta.

Virtual currencies, used to buy digital goods inside online games, have become an integral part of the Internet landscape. Last year alone, Americans paid $2.3 billion in real money for fake stuff in games like FarmVille and Mafia Wars. Expect to see social networks follow this lead. Facebook got into the virtual currency business last year with Credits, tokens that can be redeemed for games and apps, and may well be set to expand the program.

The freemium model -- invigorated recently by cloud-based apps like Dropbox and Spotify, among others -- offers another alternative. Basic users get a fully functional app for nada. Power users (in many cases, companies and professionals) enjoy extra features at a price. The user base grows, privacy isn't compromised and sites stay in the black. LinkedIn and Flickr, among other sites, have already proven freemium can generate revenue in the social media context.

Facebook Pages is already perhaps the leading tool for small businesses to interact with customers on the Internet -- an invaluable platform for engaging clients on their own turf. As Facebook seeks alternate revenue sources, paid and enterprise editions of Pages may emerge, targeted at mid- and large-sized companies looking for the same kind of intimacy and reach.

On the other side of the table, big companies are just as hungry for better social media tools to engage their constituents. Global attention around the IPO has thrust Facebook squarely into the corporate spotlight. Even CIOs reluctant to take the social plunge are acknowledging benefits to the bottom line. Expect wider integration of social media inside and outside company walls in years ahead, as email goes the way of the fax.

5) Platforms Bloom into Ecosystems: Ready for a jaw-dropper? Users of Google+, Facebook's big competitor, spend an average of just three to four minutes a month on the network, versus those seven hours a month for Facebook users.

The reason? I'll let Google's own engineer Steve Yegge, who inadvertently posted these comments last fall, explain: "Facebook is successful because they built an entire constellation of products by allowing other people to do the work... There are hundreds or maybe thousands of different high-quality time sinks available, so there's something there for everyone."

In other words, having an open platform, one that welcomes contributions from outside developers, has been crucial to Facebook's meteoric rise. Behind the site's growth and incredible stickiness is an enormous web of really addictive, third-party apps, like those Zynga games you can't stop playing. More closed platforms like Google+'s -- that restrict outside development and integration -- don't enjoy these advantages.

Social networks are increasingly taking this lesson to heart. By allowing multiple partners to contribute, an open platform can nurture an entire ecosystem of developers and apps. Good products integrate and become great products. Users get a one-stop solution for social needs. As interconnections deepen and users cross-pollinate, the ecosystem -- and each of its members -- flourishes.

As Facebook looks to stay relevant in years ahead, an ever-expanding web of integrations is tops on its agenda: "I think that we're going to reach this point where almost every app that you use is going to be integrated with Facebook in some way," Mark Zuckerberg says in a video for investors released this month.

The guy may wear a hoodie, but he's a corporate genius.