I, like many others of our generation, love social media, especially Facebook. I have hundreds of friends who share my humor, my passion for traveling and writing, and help me out with computer queries and offer advice on various aging issues I may have. I have friends who live abroad and when I chat to them I can almost pretend I am in the same room as them even though we are hundreds of miles apart. I discover the latest trends, have a laugh in various closed groups, obtain useful information about the menopause and generally spend hours gleaning facts, researching for books and enjoying social time. So, why do I now believe we ought to change our habits and get off Facebook and other social websites?

A couple of weeks ago, an ITV program featuring the Forrest family from Lancashire (mother Justine is one of my many friends on Facebook) focused on the negative effects of the Internet. The family gave up everything electronic for a week and suddenly discovered they could have fun as a family rather than continuing with their insular lives where each member hid behind phones and laptops, even Skyping or messaging each other rather than sit in the same room and talk to each other. Going 'cold turkey' was almost impossible for Justine who is a social media junkie. She is not alone. I fear that I, too, could be considered a borderline junkie.

Social media is fine when, like all things that are bad for us, it is used sensibly and in moderation. However, abuse it at your peril.

Reasons you should turn off your phone or tablet now include:

1. Checking through people's statuses can make you depressed, especially when you are reading about exotic holidays or fun nights out and you are at home.
2. The blue light that is emitted from a tablet or phone suppresses the production of melatonin, the sleep hormone, so you are likely to suffer a disturbed, sleepless night. Along with that you are more likely to become depressed or more stressed.
3. You may experience weight gain associated with people who go to sleep later and eat more after 8 p.m. because of surfing on the Internet.
4. Posture may well suffer due to holding your head at an incorrect angle leading to long-term problems and you could become victim of headaches and early wear and tear on your spine.

All of the above are concerns yet there is one issue that troubles me even more than all of the above -- and that is the fact that we are becoming desensitized to what we see and accept on these social media websites, especially Facebook.

In an age where all age groups are becoming selfie-obsessed, I am seeing an increasing number of photographs of people that could be considered almost pornographic. One middle-aged 'friend' posted a photo of herself to show how much weight she had lost. In it she wore the tiniest bikini bottom and a top that revealed far more of her ample cleavage than it ought to, leaving nothing to the imagination. Another showed off a tattoo dressed only in skimpy briefs that clung to his private parts.

Call me a prude but I maintain we are far too accepting of what we see or look at. Not only do people pour out all their thoughts and beliefs online when hitherto these would have been kept secret in the confines of a private diary, but they seem content to show themselves off to an audience they barely know.

Before Facebook was invented in 2004, most sane people wouldn't have allowed anyone to take a picture of them naked -- or even in a bikini -- and post it in a public place like the newsagent's window. Yet plenty of people have no problem sticking a photo of themselves on Facebook in the skimpiest of outfits, lulled into a false sense of security that 'only their friends can see it' -- but of course, lots of us -- especially teenagers -- have 'friends' on Facebook whom we wouldn't recognize if they fell on the floor in front of us.

In her new novel, "After The Lie," the author Kerry Fisher looks at how the Internet has desensitized us to shock and how attitudes have changed since as recently as the 1980s. Fisher says in "After The Lie" that "my 13-year-old protagonist makes a mistake as a teenager in the 1980s -- one that would have horrified my own parents but barely raises an eyebrow today, let alone has lifelong consequences."

Anyone who was a teenager when "We Are The World" was topping the charts will recall the one dog-eared copy of Playboy pored over furtively at the park, the swear words that we kept strictly within our peer group, terrified of being overheard by a parent -- whom we addressed as "Mr. or Mrs." Fast forward to today's generation -- where plenty of 13-year-old girls are texting pictures of themselves in their bras, the boys -- and probably the girls -- are watching hardcore porn that the Playboy generation probably couldn't imagine in their most depraved dreams. However, when these things come to the notice of parents or schools, no one is actually falling on the floor with horror, but rather it is somehow accepted as a "problem of teenagers today," a bit like acne or mood swings. Something that they all do and will grow out of.

Mothers and fathers in the 1980s were more horrified by a love bite than today's parents are by their teenagers spending their free time killing prostitutes in Grand Theft Auto V ... which goes to show how, over time, being bombarded with images on Facebook, Twitter, and Instagram -- not to mention video games -- does indeed make them a lot less shocking. Even if we still disapprove, it's as though the social media tide has become so strong that we can no longer swim against it.

Whilst I believe we all have the right to write what we like on our walls and if people don't like it then they should not look or "unfriend" us when we cause offense, I worry that we are all becoming a little too blasé about such matters. Where will we all draw the line?

Not only is too much social media time bad for our health, it is also bad for our minds. I suggest we turn off our mobiles, get on with proper good old-fashioned socializing and remember to be sensible in what we say, write or reveal. However much you believe you are only posting to an elite group of friends, what you put online is there for many more to see.

Is Facebook Changing You And Your Family?
5 Ways Boomers Will Be Remembered 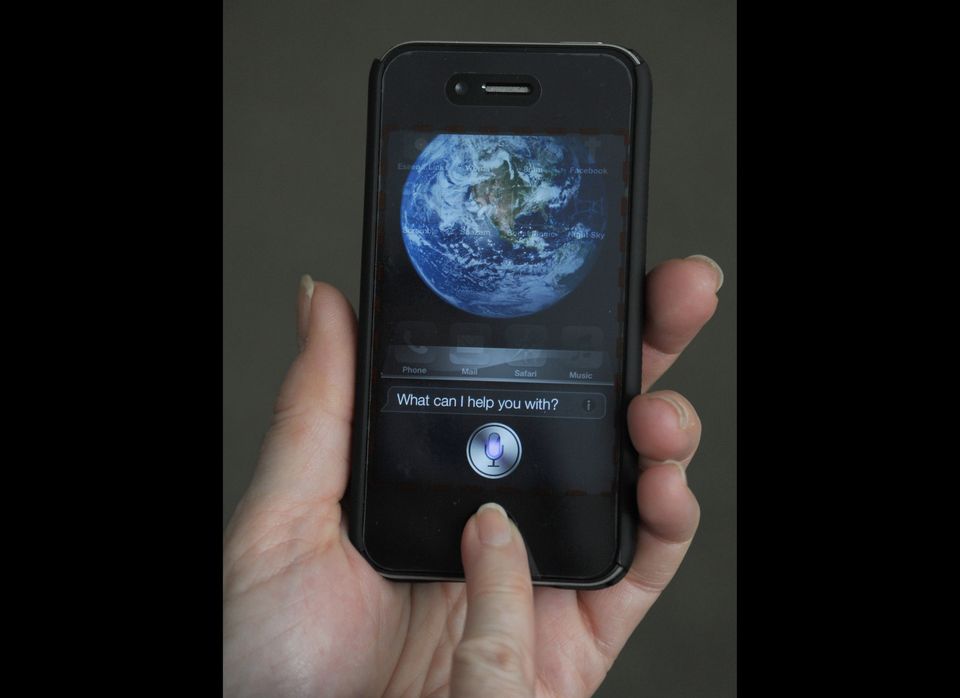