While the aesthetic switch may seem minor, consider just how ubiquitous these buttons are across the Internet. Collectively, they are seen more than 22 billion times a day on more than 7.5 million websites, helping Facebook's referral traffic top that of all other social networks combined, according to a Shareaholic report. The redesigned logos get rid of the signature Facebook thumb for a pronounced blue color palette and the "F" Facebook logo. 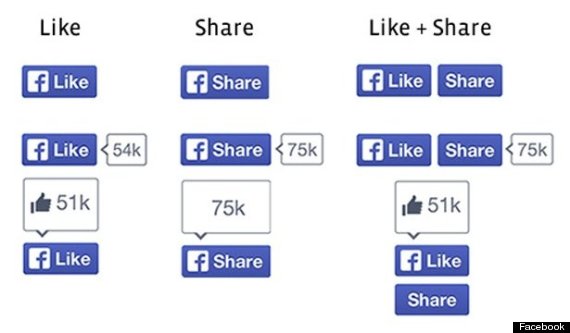 And here's the old version of the "Like" button for comparison.

"We're already seeing a favorable increase in Likes and Shares with the new design and will be rolling these buttons out to everyone in the coming weeks," wrote Ray C. He, a software engineer at Facebook. Ironically, the post on the new "Like" and "Share" buttons still features the old versions of both.