Wednesday is the worst day of the week to advertise on Facebook, while Saturday and Sunday are the best, according to a new report analyzing user activity from brand pages of the world’s biggest companies.

On Wednesday, the rate at which users “like,” share or comment on Facebook brand posts is 7.4 percent below the average daily interaction rate, according to the report by Buddy Media, a social media consulting company. The weekends, however, show a spike in engagement. Brand posts published on Saturdays and Sundays receive 14.5 percent more interaction compared to weekday posts.

Yet many companies advertising on Facebook are doing it all wrong. Only 14 percent of posts published by brands appear on the weekend, while Wednesday is the most common day for brands to post Facebook content.

And that’s not the only mistake marketers make on Facebook. It turns out users are most likely to engage with brand posts in the evening and early morning. Yet few brands publish during those times. HuffPost found Coca-Cola, for instance, published all of its posts last week in the late afternoon. A missed opportunity given that brand posts published between 8 p.m. and 7 a.m. receive 14 percent higher interaction than those published between 8 a.m. and 7 p.m, the report found.

The reason: "When not at work, people are more likely to spend time perusing Facebook and interacting with Page content,” the Buddy Media report says. (Obviously, social media marketers aren’t going to get up at ungodly hours to publish posts -- which is why Facebook scheduling exists.)

Not every industry is the same, though. For example, a clothing or fashion business is most likely to see users engage with its content on a Thursday. For a company in the retail or the technology space, Monday is the best bet. Perhaps unsurprisingly, leisure brands start to see interaction rates climb as the weekend nears on Thursday, peaking on Sunday.

Here are some other nuggets of social media wisdom from Buddy Media’s report:
Download
Calling all HuffPost superfans!
Sign up for membership to become a founding member and help shape HuffPost's next chapter
Join HuffPost 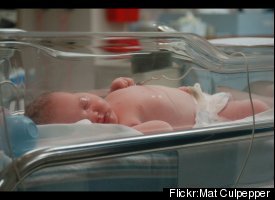 1 / 14
Your Birth Date And Place
While it might be nice to hear from Facebook well-wishers on your birthday, you should think twice before posting your full birthday. Beth Givens, executive director of the <a href="http://www.privacyrights.org/" target="_hplink">Privacy Rights Clearinghouse</a> <a href="http://finance.yahoo.com/family-home/article/110674/6-things-you-should-never-reveal-on-facebook">advises</a> that revealing your exact birthday and your place of birth is like handing over your financial security to thieves. Furthermore, Carnegie Mellon researchers recently <a href="http://arstechnica.com/tech-policy/news/2009/07/social-insecurity-numbers-open-to-hacking.ars" target="_hplink">discovered</a> that they could reconstruct social security numbers using an individual's birthday and place of birth. Rather than remove your birthday entirely, you could enter a date that's just a few days off from your real birthday.
Flickr:Mat Culpepper