Facebook CEO Mark Zuckerberg has candidly announced that he believes the age of privacy is "over," and that norms have evolved considerably since he first co-founded the social networking site.

"When I got started in my dorm room at Harvard, the question a lot of people asked was 'why would I want to put any information on the Internet at all? Why would I want to have a website?'," Zuckerberg said during an interview with TechCrunch. "And then in the last 5 or 6 years, blogging has taken off in a huge way and all these different services that have people sharing all this information. People have really gotten comfortable not only sharing more information and different kinds, but more openly and with more people. That social norm is just something that has evolved over time." Matt McKeon has created a visualization of the "Evolution of Privacy on Facebook" that helps capture how the site's privacy protections have changed.

McKeon explains his inspiration for the visual timeline:

Facebook hasn't always managed its users' data well. In the beginning, it restricted the visibility of a user's personal information to just their friends and their "network" (college or school). Over the past couple of years, the default privacy settings for a Facebook user's personal information have become more and more permissive. They've also changed how your personal information is classified several times, sometimes in a manner that has been confusing for their users. This has largely been part of Facebook's effort to correlate, publish, and monetize their social graph: a massive database of entities and links that covers everything from where you live to the movies you like and the people you trust.

Here's a comparison of how Facebook's privacy has evolved since 2005. See the graphics for other years, and the complete evolution, here. 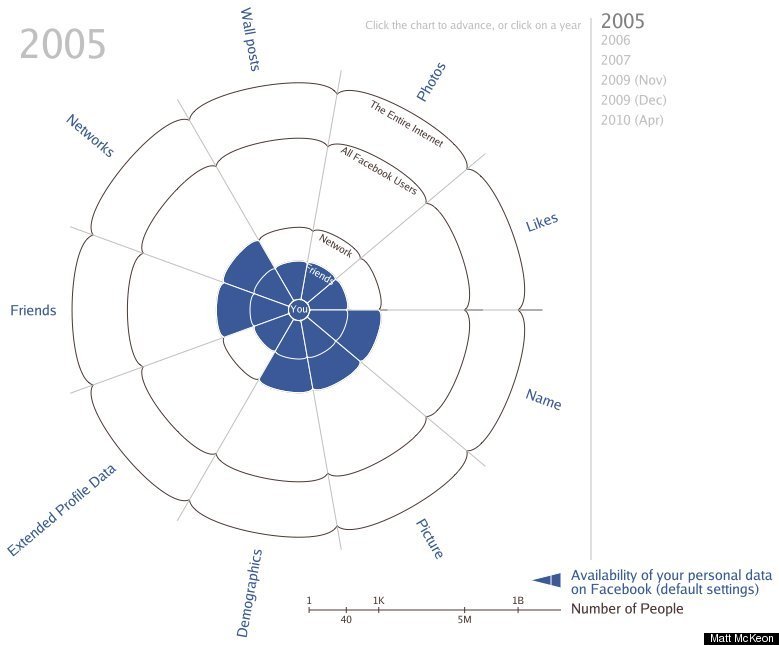 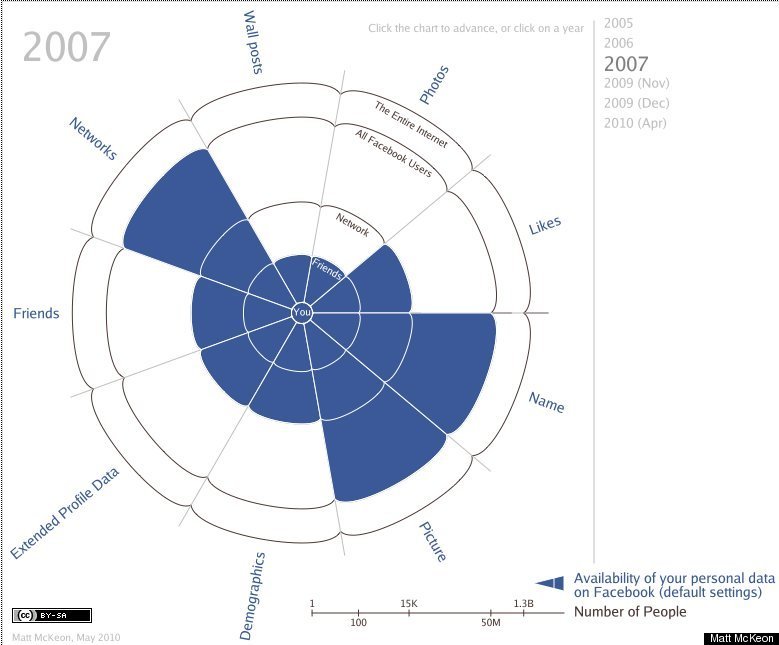 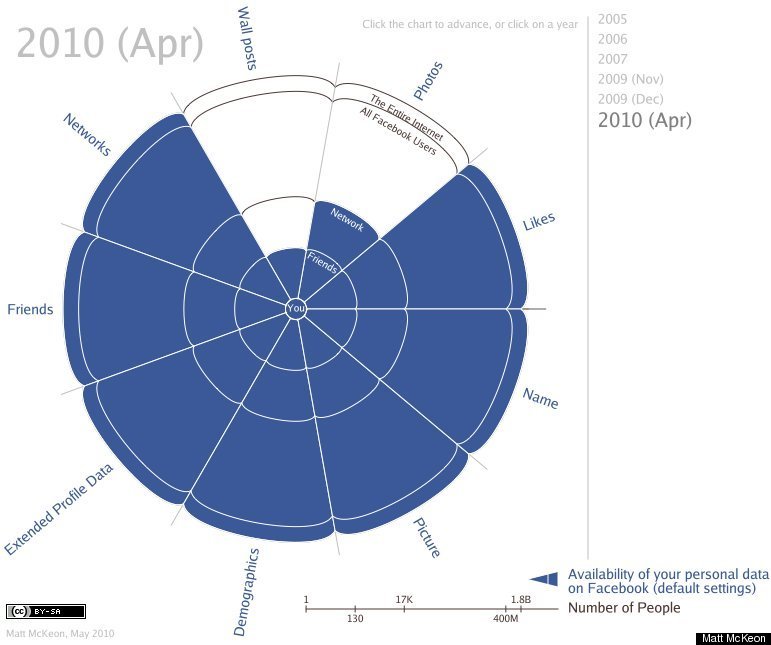