Log in to Facebook and look at your profile picture. Is the shot a zoomed-in photo of your face, or are your surroundings the focus of the shot?

A Study from the International Journal of Psychology suggests that our Facebook pics are indicators of culture, based on the analysis of over 500 profiles belonging to users from around the world. According to the study, the user's profile photo choice often reflects whether the user is rooted in Eastern or Western culture, regardless of current location, based on the focus of the individual versus the environment.

For example, take a look at the below profile pictures:

Yep, that's me. Apparently I fall into the Western mindset, taking pictures (quite) close to my face with very little background showing. The only exception is the photo on the left, my current profile picture, which is slightly pulled back. The photo all the way to the right is a perfect example of the big toothy grin that's apparently much more common in photos of those raised in a Western culture. The research reads, "Interestingly, with regard to smile intensity, Americans tended to show greater intensity of smiling (i.e. smile with teeth) compared to their East Asian counterparts."

Here are the photos that the study's authors distributed to show the difference between photos of a person from a Western culture (left) and a person from an Eastern Culture (right). 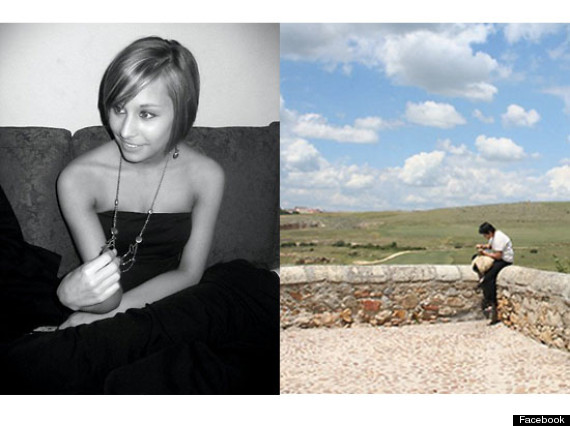 This study from Chih-Mao Huang and Denise Park was conducted in two parts. First, they analyzed 200 Facebook profiles of students from the University of Illinois and the National Taiwan University. While both study groups contained American and Taiwanese students, the cultural trends from their home countries were followed despite location.

Next, Huang and Park examined over 300 profiles of students from three American universities, located in California and Texas, and three Asian universities, in Hong Kong, Singapore and Taiwan. These locations were chosen because of a high rank in Facebook user population, while also maintaining similar cultural climates, such as daily hours of sun and temperature. (It should be noted that out of Facebook's 901 million users, this sample is a miniscule slice of the Facebook world.)

"We believe these findings relate to a cultural bias to be more individualistic and independent in the U.S. and more communal and interdependent in Asia,” Dr. Park said in a press release posted by the University OF Texas at Dallas.

“These are not conscious choices,” Park wrote in an email to ABC News. "This represents the lens through which the two cultures view the world. [...] We believe these values fundamentally sculpt one’s thought and choices, including design of a Facebook portrait."

While differences between Eastern and Western culture have been previously studied, Huang and Park's research expands on the topic of individualistic and collective cultures by analyzing online habits and how these carry over from our real lives. Because the Internet is a prime form of communication, particularly to those in other countries, these findings could prove to be an important beginning in understanding international Internet tendencies.

"Although evidence on cultural variations of attentional tendency for the real world is accumulating, cultural influences on cognition and social behavior in the virtual world are still unexplored," the study reads.

What does your profile picture say about your cultural upbringing? Let us know if you and your Facebook friends follow these trends by leaving a comment below.