According to the report:

* Facebook will buy 15 million common shares at $10 each.
* Employees will be able to sell as much as 20% of their stock.
* Participating investors include "Accel, Greylock, Founders Fund and several others" as well as "new Asian investors."
* VentureBeat doesn't report where the funding sets Facebook's valuation.
* Facebook sources says perceptions that the startup's costs are "skyrocketing" are false. 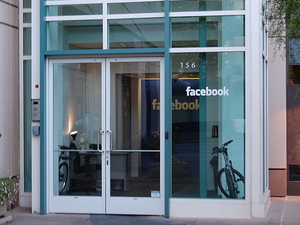 In April, Facebook COO Sheryl Sandberg told Bloomberg TV in April. "We absolutely do not need to take money. We might take money, but it doesn't mean we need to."

At the end of the month, reports surfaced that Facebook and potential new investors at Providence Equity Partners, General Atlantic, Bain Capital, and Kohlberg Kravis Roberts were $3 billion apart on the startup's valuation. Facebook was said to be holding out for a $6 billion price tag.

Early Facebook investor Ron Conway told Kara Swisher earlier this month that he hopes Facebook will IPO in the next 12 to 24 months. Before that can happen, Facebook needs to find a growing revenue stream to match its growing userbase. The startup says it will reach profitability before 2010, but skeptical sources say that's an overly optimistic projection. Long-term money making plans at the social network include a payments system, and then, further out, an ad network.