Even the smartest among us can have a hard time detecting sarcasm on the Internet. We should all be able to identify jokes when we see them, though, right? Wrong.

Even with over-the-top ridiculous headlines like "Police Or Army: Who Wore It Better?" Facebook thinks that people need to be told that the stories they're seeing from sites like The Onion. The Onion declined to comment. 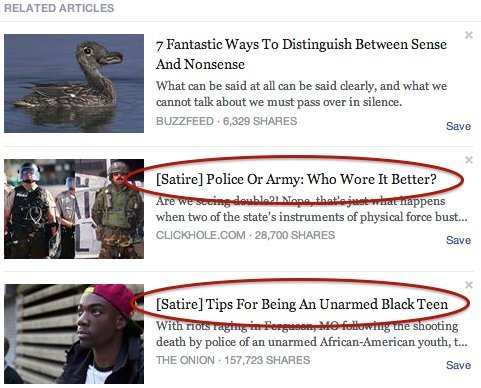 "We are running a small test which shows the text '[Satire]' in front of links to satirical articles in the related articles unit in News Feed," a Facebook spokesperson told The Huffington Post. "This is because we received feedback that people wanted a clearer way to distinguish satirical articles from others in these units."

The satire tag only shows up on the related stories below the main post in your newsfeed. We saw them on posts from The Onion and its sister site ClickHole in our own newsfeeds. Once you click on the link posted to your newsfeed and return to Facebook, you'll see a list of related links, labeled satire like the ones above.

Sure, it may seem silly, but there's a precedent for Facebook to do something like this. First, it's called a "newsfeed" for a reason. When you're scrolling through, you expect to see news. If you're not looking carefully, you might think that silly headline is a real one. Still, it shouldn't take you more than a minute to realize that you're wrong.

It's so common for people to mistake headlines from The Onion for serious ones that there's an entire website of examples. On Literally Unbelievable, writer Hudson Hongo collects screenshots of people mistaking satire for real news on Facebook: 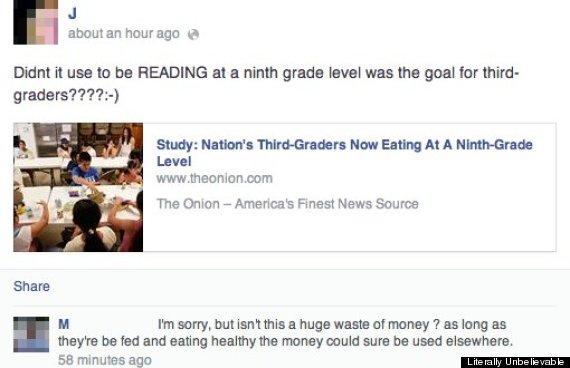 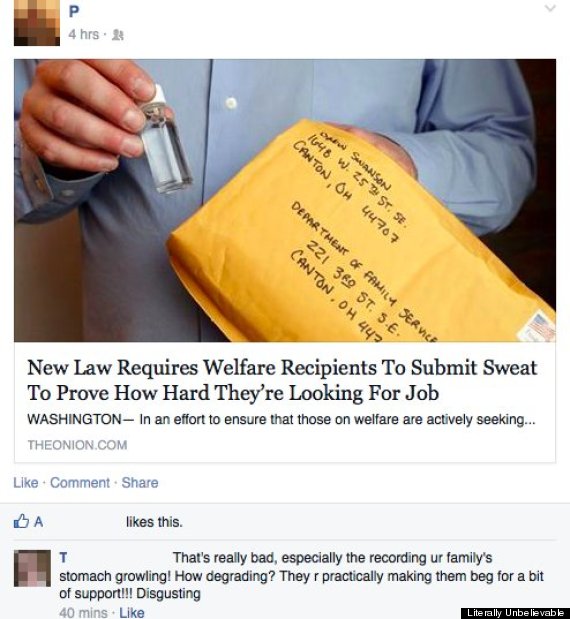 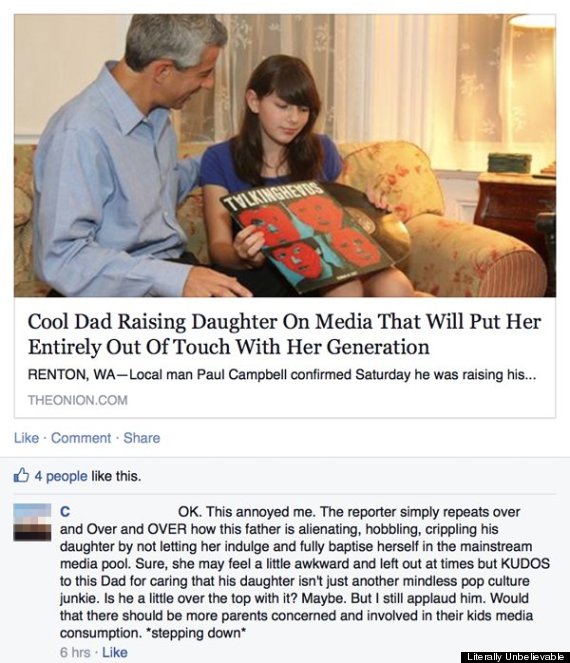 Next time you comment on something or share it online, take at least a minute to make sure you know what you're talking about. It's a lot to ask, but we believe in you. [<<

This story has been updated to include a piece from The Onion.