Facebook must be really excited for you to use its new messaging app.

So excited, in fact, that the company accidentally added it to the App Store on Monday afternoon. The app, Slingshot, which resembles Snapchat in its emphasis on ephemeral messaging, disappeared from the App Store soon thereafter.

"Earlier today, we accidentally released a version of Slingshot, a new app we’re working on," a Facebook spokesperson told The Huffington Post in an email. "With Slingshot, you’ll be able to share everyday moments with lots of people at once. It’ll be ready soon and we’re excited for you to try it out.”

Facebook did not clarify when the app would be officially released.

Like Snapchat, Slingshot allows users to draw or write on photo and video messages before sending them. But unlike Snapchat, recipients of those messages have to send their own messages back in order to view the one just received. 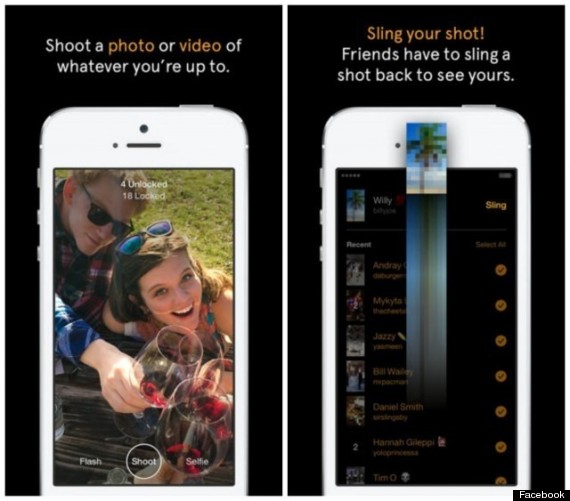 Here's a preview of Slingshot for those who missed it Monday.

The premature release comes a month after the Financial Times reported that Facebook was working on a video app with the intention of taking on the popular Snapchat. Facebook's CEO Mark Zuckerberg interest in Snapchat's model and potential has long been clear. The company unsuccessfully attempted to acquire the app last November despite a $3 billion offer.

Facebook's Slingshot is the second attempt by the company to get into the messaging game. The company's first attempt, "Poke," was briefly popular after its release in December 2012 but was eventually killed off in May.