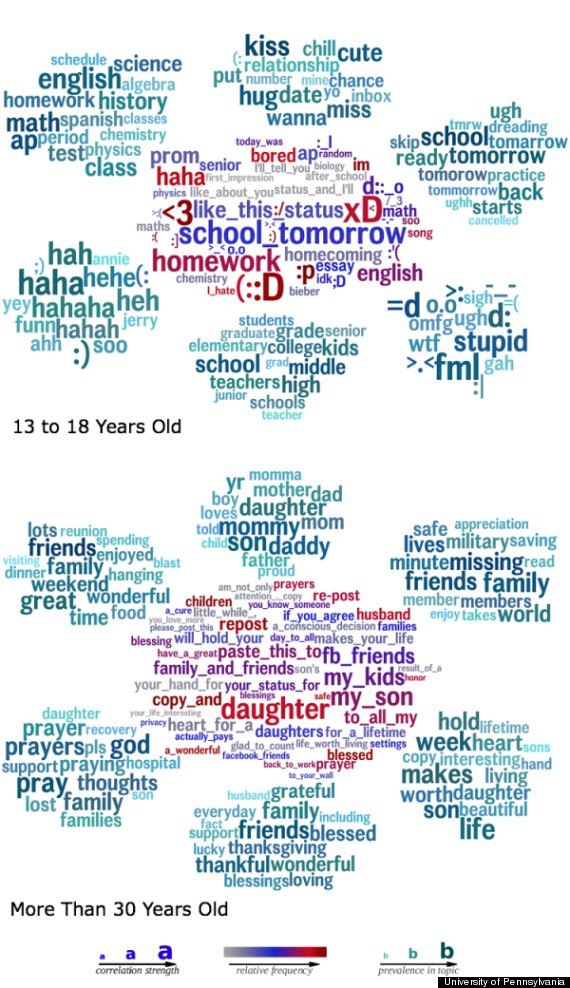 Researchers have confirmed what we've suspected all along: Parents and teens really do speak different languages online.

But so do introverts and extroverts; men and women; the neurotic among us; and the well-balanced.

The journal PLOS ONE has just published the results of the largest study to-date of personality and language. The findings offer an unprecedented look at how differences in age, gender and temperament affect how we communicate on social media.

Using over 15 million messages posted by 75,000 Facebook users, researchers at the University of Pennsylvania were able to find which words, phrases and topics correlated most closely with certain personalities and demographics.

Females were more likely to use the word "excited," the study found; males more commonly used "f*ck." Those ages 19 to 22 discuss getting "drunk," while 23- to 29-year-olds opt for "drinking beer."

"[T]aken all together, these word clouds provide an unprecedented window into the psychological world of people with a given trait,” said Johannes Eichstaedt, the study's co-author, in a press release.

The vast data available via Facebook allowed the researchers to take an "open vocabulary" approach to their analysis: Instead of comparing the frequency with which different groups used a predetermined set of words, they could instead "[derive] important words and phrases from the sample itself," the press release noted.

On Facebook, teens' language is dominated by emoticons, references to school and interjections like "ugh" and "bleh." Twenty-somethings graduate to discussing classes, semesters and "sh*t," and people in their mid-20s tend to discuss weddings, days off and being at work. For individuals between ages 30 and 65, family dominates discussions. (See the word cloud above.)

Here's additional proof of the age divide between the "me" generation and the "we" generation -- and more fodder for fears that young people are narcissistic online: 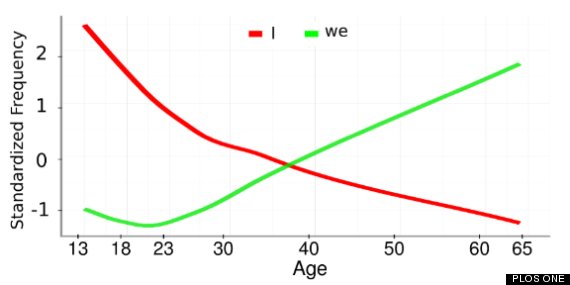 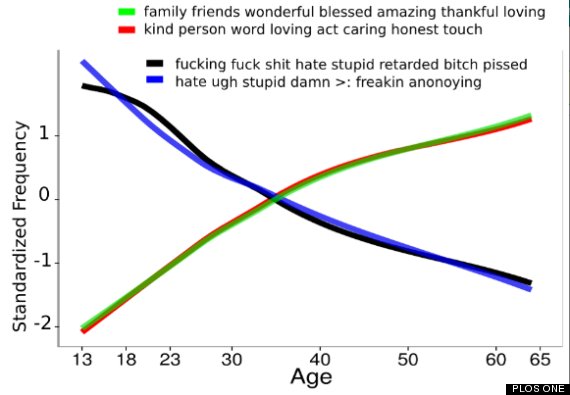 Different personality types gravitate toward different words and topics, the study found. Extroverts were more likely to discuss "chillin" and "parties," and introverts were in turn more focused on solitary activities, like "manga," "anime" and "computer." The researchers also highlighted a connection between "emotionally stable" individuals and their tendency to discuss social activities, such as sports and vacations, which they suggested might "foster greater emotional stability."

Researchers said that the study's results offer a glimpse at the world through others' eyes. 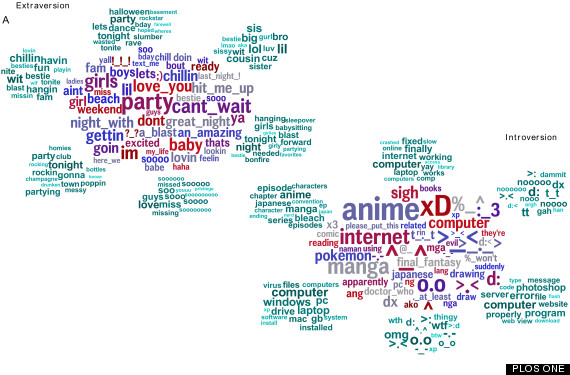 He Says, She Says

In an email, H. Andrew Schwartz, one of the study's co-authors, stressed that the study's findings do not highlight the topics discussed most among the average male or female, but rather the expressions that set them apart.

"Most male and female language is the same," he wrote. "In fact, if those word clouds were just based on frequency, they would look nearly identical. Our quantitative analyses are designed to find the differences."

The researchers' model was able to predict an individual's gender from their language patterns with 91.9 percent accuracy, the study noted. 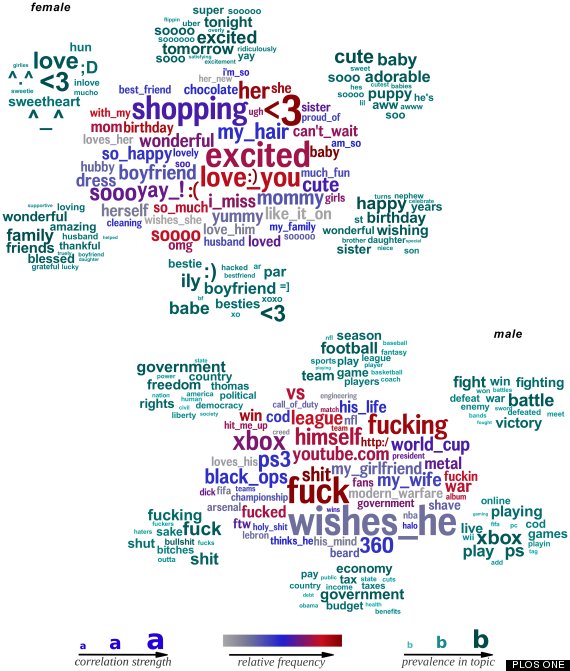