PARIS -- On Dec. 20, Russia's government requested that Facebook block a page used to rally opponents of President Vladimir Putin. Facebook initially agreed, but allowed a new page to be opened the next day. By demonstrating that at least some Western companies care about values that cannot be expressed on their bottom line, Facebook undermined a key claim of Russian propaganda -- and thereby cast doubt on other false assertions that are helping to prop up Putin's regime.

This was no easy decision for Facebook. By refusing to comply with the Kremlin's request, Facebook openly defied a Russian law allowing Internet censorship. As a result, the government can simply ban Facebook in Russia, where it has a formidable -- and now fully loyal -- local competitor, VKontakte. When VKontakte's founder, Pavel Durov, refused to cooperate with the government last year, he was forced to resign from the company, sell his stake and leave the country.

It is not difficult to discern why the Kremlin would take a single Facebook page so seriously. With Putin's foreign policy misadventures wreaking havoc on Russia's economy -- on a scale that not even the most pessimistic observers anticipated -- any challenge to his leadership is perceived as a serious threat.

Based on these figures, it is estimated that, by the end of this year, Russia will spend 70 percent of the Reserve Fund accrued over the last decade or so, when oil prices were high. If low oil prices persist, and Western economic sanctions remain in place, Russia will run out of cash by the end of 2016.

Nonetheless, Putin's approval rating remains at around 80 percent. Given his strategy's evident economic bankruptcy -- exemplified by double-digit inflation and the ruble's unprecedented volatility -- his supporters may seem irrational.

In fact, the poll numbers are a testament to the power of the Kremlin's propaganda machine, which has achieved its goal of convincing Russians that regime change would bring political chaos and further economic turbulence. Propaganda is so critical to the regime's survival that spending on government-run media actually rises amid economic strife.

Of course, propaganda would lose its impact if ordinary Russians were exposed to alternate solutions and perspectives. That is why those who defy the regime or offer convincing alternatives to Putin must be repressed and their ideas censored -- everywhere, including social media.

The Facebook page was created to mobilize supporters to protest the prosecution of the anti-corruption activist Alexei Navalny, a leading opposition figure, on trumped-up fraud charges. The rally was scheduled for January 15 -- the day the verdict was scheduled to be announced. A massive 33,000 people promised on Facebook to participate.

This would not be the first time Russians took to the streets in support of Navalny. In 2013, some 10,000 people protested when Navalny received a five-year prison sentence after being convicted of equally trumped-up charges. Navalny was released the next morning.

A couple of months later, Navalny ran for mayor of Moscow, receiving 27 percent of the vote -- almost enough to force the incumbent, who enjoyed support from the state-run media and virtually unlimited funds, into a runoff. That election proved that the opposition could credibly challenge the regime at the polls, strengthening the Kremlin's belief that people like Navalny should remain under house arrest -- and be denied access to the media and the Internet.

Thus, the Russian government blocked Navalny's blog and launched new investigations of him and his colleagues. It illegally prohibited his Party of Progress from participating in elections. And, in an effort to mar his reputation, it accused him of fraud and embezzlement -- allegations that failed to stick, owing to the obvious political motivation behind them.

The robust show of support for Navalny on Facebook scared the Kremlin. So it tried to cheat the protesters by deciding on Dece. 29 to render the verdict the next day, instead of waiting for January 15. But, within just a few hours, about 15,000 people joined a new protest page for Dec. 30 -- despite New Year vacations, the short notice, and frigid weather.

The government took fright again, giving Navalny a suspended sentence, rather than a real prison term, in the hope of preventing further unrest. It did, however, hand a three-and-a-half-year prison term to Navalny's brother, Oleg.

The verdict was not particularly successful in assuaging the protesters, several thousand of whom staged an anti-Putin demonstration in Moscow. Navalny himself broke house arrest to join his supporters, but was swiftly detained -- along with more than 100 of the protesters.

The impact of the Facebook-assisted mobilization should not be underestimated. Had the government not feared further popular unrest, Nalvany might be going to prison for the next decade, with his brother spending up to eight years there with him.

But it is not just the protesters who made a difference. Facebook's refusal to comply with the Kremlin's request exposed the inaccuracy of the Russian government's claims that, in the West, self-interest always trumps principles, and thus that the West has no moral right to criticize Russia for violating international law. This is also the message of the sanctions regime, which Western governments have pursued despite its considerable economic costs.

One hopes that, by exposing the flaws in this key message of Russian propaganda, Facebook's principled decision shows Russians that there is, in fact, a credible alternative to Putin -- one that they should pursue.

Sergei Guriev had to leave Russia in 2013, after speaking in support of Mikhail Khodorkovsky and Alexei Navalny.

Is Facebook a Threat to Putin?
Protest In Moscow 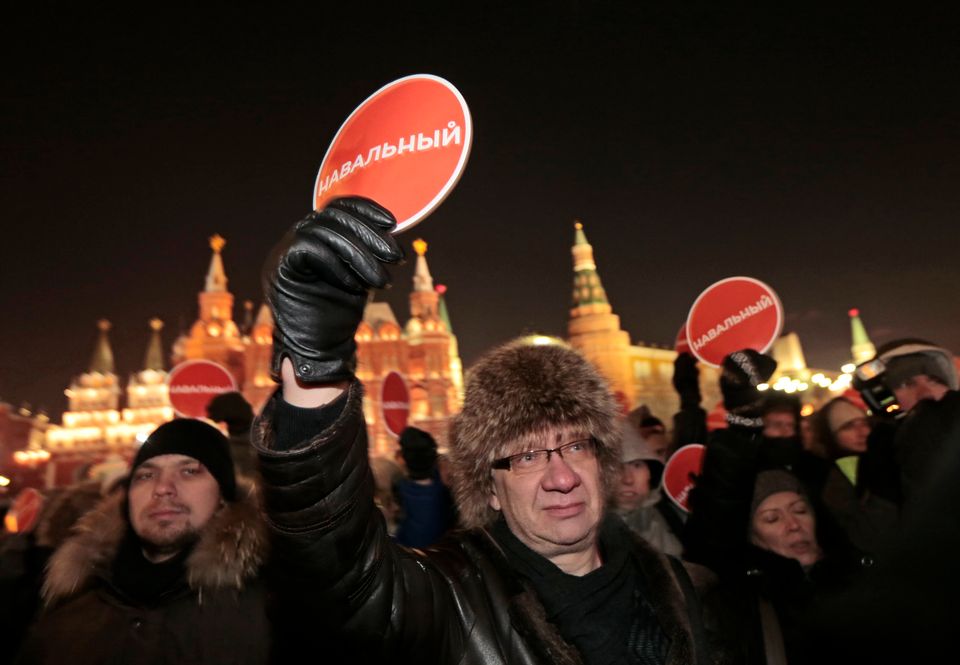