It's called the Timeline, and it's a richer way to view the content you post to Facebook. The feature's tagline: "all your stories, all your apps, a new way to express who you are."

Content is organized by year and compiled into an continuous stream. To jump to a year, just select the year you want from a list of years, which expands to display months, along the right-hand side of your Timeline.

"We're more than what we did recently," CEO Mark Zuckerberg said during the keynote event. Timeline, he went on to say, helps the users show "the story of your life on a single page."

Zuckerberg also gave developers a preview of what the Timeline will look like on a mobile device.

Take a look at the new Timeline (below).

Check out more updates from f8 by visiting our live blog. 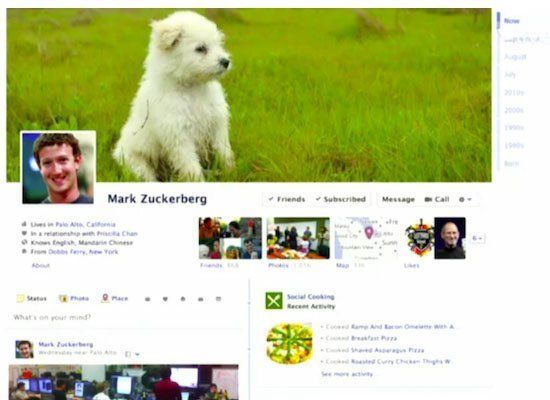