Facebook is making more changes. These are, of course, familiar words by now.

Just days after unveiling its new homepage and weeks after announcing Facebook Graph Search (both of which are still being rolled out to users), Facebook said on Wednesday it's making changes to the "Timeline" or profile pages on the social network.

It's a good thing too because with the simplicity of the new homepage, the currently cluttered profile pages needed a revamp. 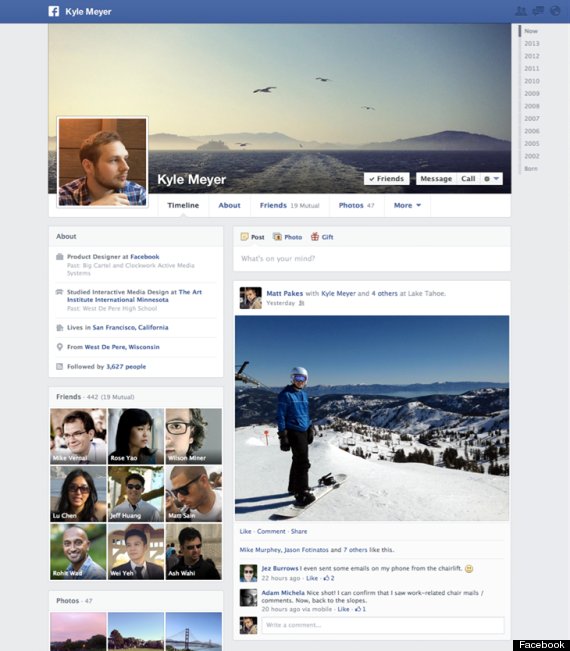 The biggest parts of the redesign? Now all of your posts are in a single column, along the righthand side of the page. And on your About page, you can express yourself in a new way, highlighting media you like to consume and your favorite apps.

The first has been rumored to be in testing for a while and apparently Facebook wants to go forward with it. "We heard from you that the current timeline layout is sometimes hard to read," Facebook product manager Rose Yao wrote in a blog post explaining the change.

As for the About page changes, based on the screenshots Facebook provided, it almost appears to be inspired by Pinterest in that you can curate how you express yourself to the world.

There are also more subtle changes like new tabs along the top of the page.

TechCrunch notes that the latest changes are about making users feel their Timeline pages best represent them, which in turn could have an effect on monetization: "getting people to share more [...] gives Facebook valuable ad targeting data about what people do, not just what they Like. I could also imagine media companies buying space in the suggested content sections."

Facebook Timeline debuted in the fall of 2011 and it became mandatory for all users browsing profile pages in early 2012. The new Timeline pages will roll out in the coming weeks, Facebook said.

What do you think of the latest changes?