Video on Facebook is changing -- in a big way. No longer does video mean video ads. It's a full screen mobile experience as well.

As mobile grows dramatically, Facebook is able to bring a video experience to the mobile app at a scale that is dramatic.

People are spending time on mobile.

At the recent Facebook developer conference F8, Mark Zuckerberg announced a change that will heat up the direct battle between FB and YouTube. It used to be if you wanted upload and embed video on your site for free, there was only one place to do that: YouTube. But as of today, users can embed Facebook-hosted videos on their blogs or sites.

Facebook is already a big player in video -- with Business Insider reporting that is already seeing 3 billion videos streams on the site per day. This is before embedding allows FB videos to move around the web. Until recently, Facebook's videos were mostly YouTube embeds, but that's likely to change rapidly, as the new feature takes hold. 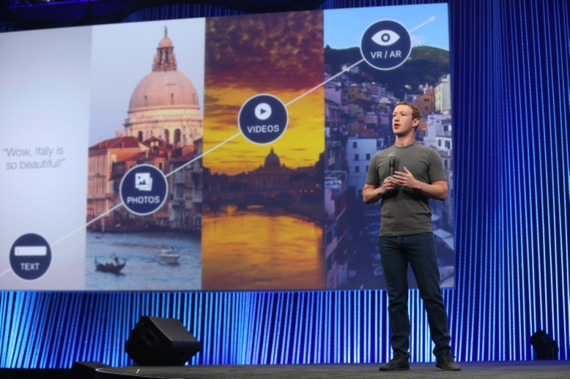 So why would users make the move from YouTube to Facebook? A few reasons. First, YouTube has never been able to provide any meaningful monetization to the so-called "long tail" users, the small users who make up the bulk of YouTube's traffic, but don't fit neatly into the emerging ad agency appetite for YouTube stars now presented in the Google Select product.

But, the other reason is community. YouTube has historically not been able to manage the often unpleasant and often nasty discussions that have attacked legions of misogynistic trolls. They've shifted to require "real name" identity through Google+, but that hasn't worked particularly well. On the other hand, Facebook's community has always been based on a rather strict requirement of a real identity, and as a result communities have formed on the site that are now open to video.

Video is growing very quickly on Facebook. A lot of people compare that to YouTube. I think that kind of makes sense. YouTube isn't the only video service, but I think it's the biggest and it probably makes more sense to compare Facebook video to YouTube rather than Netflix because that's a completely different kind of content.

Maher Saba, Facebook's Video Engineering Director -- explained the new video API. The API lets publishers control when videos go live on Facebook and watch people engaging with the videos. What about monetization? No word on that -at least not yet. "We're really exploring early options to allow content creators to have business models on the platform," Simo said, being purposely vague.

And Facebook is going further, updating its commenting plungin in a meaningful way. Until this week, using Facebook comments on a publisher site gave publishers the ability to host FB comments on their site. But now sites can mirror the FB conversations on the publishers site. This means that posts on FB will feed the publisher sites, and sites on the publisher pages will feed to Facebook. "The value here is we can unify the conversation in multiple places," said Simon Cross, a product manager on Facebook's platform team told Marketingland. "We think that's going to increase engagement on your website because there will be more comments there." 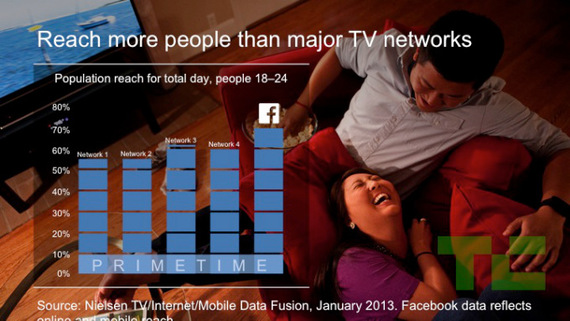 And just in case you don't think that Facebook is going directly after both the TV audience and TV dollars -- here's a direct quote from the Facebook powerpoint:

On TV, advertisers don't always know who people are, and over-deliver to certain people and can't reach other people. So advertisers end up hitting the same people over and over again with a large portion of the audience being underexposed.

With Facebook, you can precisely reach the audience you want, and know that your impressions are being delivered to the right people. 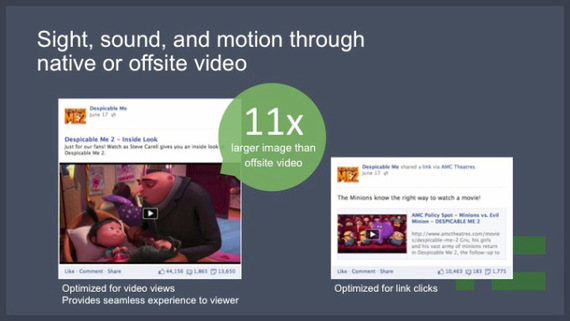 Going further -- Facebook makes it clear in the deck that YouTube is in their cross-hairs -- giving FB sales reps this language to present to ad buyers: "When you use video on Facebook, these are chosen views -- the consumers clicks to play or scrolls through to watch the video as compared to an ad on YouTube interrupting the user experience and feeling forced."

And then, just to make sure they're not perceived as going after Google directly -- the deck prompts sellers: "avoid saying anything negative about YouTube -- leave the impression of the user experience up to them."

Between the tech changes, the new APIs and the clear focus on improving advertising targeting to demographics -- one thing is clear: Facebook is determined to be a big player in the video space. Big and focused on where YouTube and Network TV are most vulnerable.

It's a big, bold, powerful stance. One worth paying attention to.