Facebook might be coming for your news, but that's just the beginning. A bunch of new features and services appear to be in the works, as well. Here's what we know.

First: Your Facebook News Feed may be changing soon. A couple of us at The Huffington Post noticed that the layout of our desktop News Feeds shifted Wednesday, emphasizing new "Like," "Comment" and "Share" buttons and bringing the layout closer to the mobile experience: 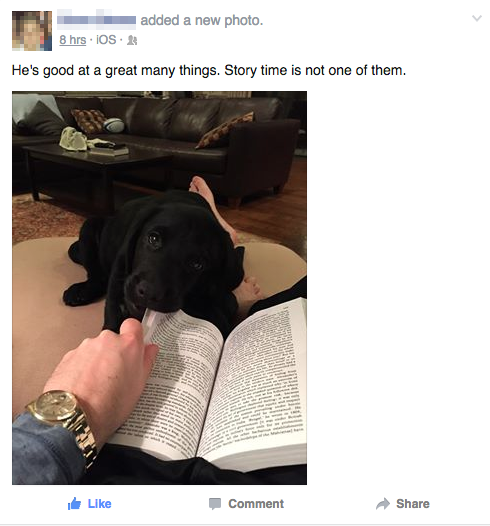 In addition, the company is reportedly testing an autoplay feature that will allow new videos to automatically play after you finish watching one. Think of it like Netflix automatically starting your next episode of "Kimmy Schmidt," except it might be branded or viral content you're not actually interested in. :(

Also: Facebook made several announcements at its F8 Developer Conference in San Francisco Wednesday. They didn't come as a surprise, though, as they slipped out hours before Mark Zuckerberg's keynote address. CNET executive editor Ian Sherr received an iPhone push notification from the conference which referred to "Teleportation Station," as well as "Parse for IoT" and "Messenger as a Platform." He tweeted the notification hours before Facebook formally announced the features.

The biggest change by far is to Facebook's Messenger app, which will now allow developers to tie their third-party apps into the service. As The New York Times reported, users can expect to use animated gifs, custom text decorations and more in the near future.

Facebook's "Teleportation Station" is actually an area of the conference where attendees can take a look at new 360-degree videos, according to the Washington Post. We've got the rundown on those here.

Finally, Parse for IoT refers to a new update to Facebook's Parse app-building service that will allow the platform to work with connected devices in your home.

Investors seem to like the way Facebook's headed. Its shares hit a record high Tuesday, closing at $85.31 according to Business Insider, though they dipped slightly Wednesday.

This article has been updated throughout.