American Facebook members spend an average of 40 minutes per day on the social network -- about as much time as Americans devote to household chores and personal grooming.

Mark Zuckerberg shared the statistic on Facebook usage during an earnings call Wednesday, and qualified it by saying he still sees ample room for growth. Some might balk at the notion that Americans pass about as much time peering at each other on the social network as we do on habits like showering -- we average 42 minutes of grooming per day during the week, according to the Bureau of Labor Statistics. But the Facebook CEO pointed out that Americans spend a full nine hours each day engaging with all forms of digital media, and hinted he hopes to claim a larger share.

A Facebook-sponsored survey of American smartphone owners released last year found that Facebook members checked the site an average of 14 times per day, and spent nearly 33 minutes on it. The study also found that Facebook was only the third most popular online activity, behind email and browsing the web. 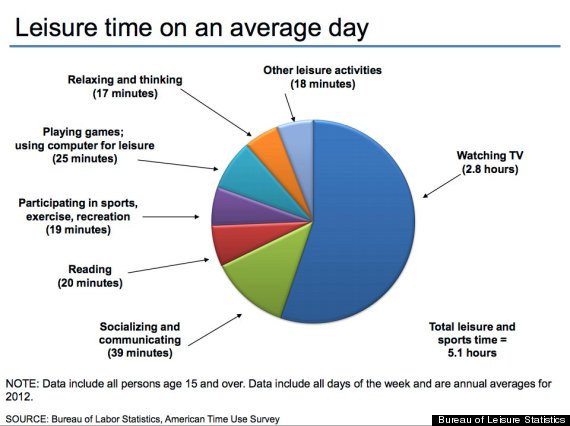