It seems like whenever Facebook proffers a design change, it's guaranteed to incite a tidal wave of complaints.

Until now, at least.

The social networking company has enlisted world-renowned architect Frank Gehry to create Facebook West, a mammoth new campus in the Silicon Valley city of Menlo Park, which will eventually house 2,800 of the company's engineers.

"I'm excited to work with Frank Gehry to design our new campus," wrote founder and CEO Mark Zuckerberg on his Facebook wall late last week. "The idea is to make the perfect engineering space: one giant room that fits thousands of people, all close enough to collaborate together. It will be the largest open floor plan in the world, but it will also have plenty of private, quiet spaces as well. The roof of the building will be a park that blends into the community with a long walking trail, a field and lots of places to sit. From the outside it will appear as if you're looking at a hill in nature."

The design is a departure form Gehry's iconic style of eye-catching, curvacious structures that tower over their surroundings, most famously the Guggenheim in Bilbao, Spain and the Walt Disney Concert Hall in Los Angeles.

For this project, Gehry worked closely with Zuckerberg and designed a space reflecting the 28-year old billionaire's un-hierarchical corporate philosophy.

The office will consist of a single, open warehouse-style space with engineers clustered into working groups and regularly dotted with conference rooms and break-away spaces. The building will include ramps to make it easier to get from one end of the campus to the other via skateboard.

"Frank is famous for his ability to execute on the wishes of his client while keeping his projects within their budget," Facebook spokesperson Slater Tow said in a statement to The Huffington Post. "As such, the costs of the campus will be considerably lower than most of Frank's previous work. This is especially true as the building is designed to be simple--almost like a giant warehouse, rather than a monument to Frank or Mark. It's emphasis is on functionality, rather than extravagance."

"Mark said he wanted to be in the same room with all his engineers," Gehry explained to Bloomberg News. "I told him we could put the building up on stilts, park cars underneath and create a room as large as he wanted."

Facebook only relocated into its current Menlo Park offices from a space in Palo Alto late last year. Zuckerberg began talking with Gehry about a campus extension almost immediately afterward.

The company employs about 2,400 people on its East Campus and expects to ultimately have just under 10,000 employees at its two Silicon Valley offices.

Facebook West, which will be connected to the company's current Silicon Valley digs by a tunnel going under Highway 101, is expected to break ground on the project some time next year with completion slated for the spring of 2015.

Check out these shots of the preliminary designs for the new Facebook campus: 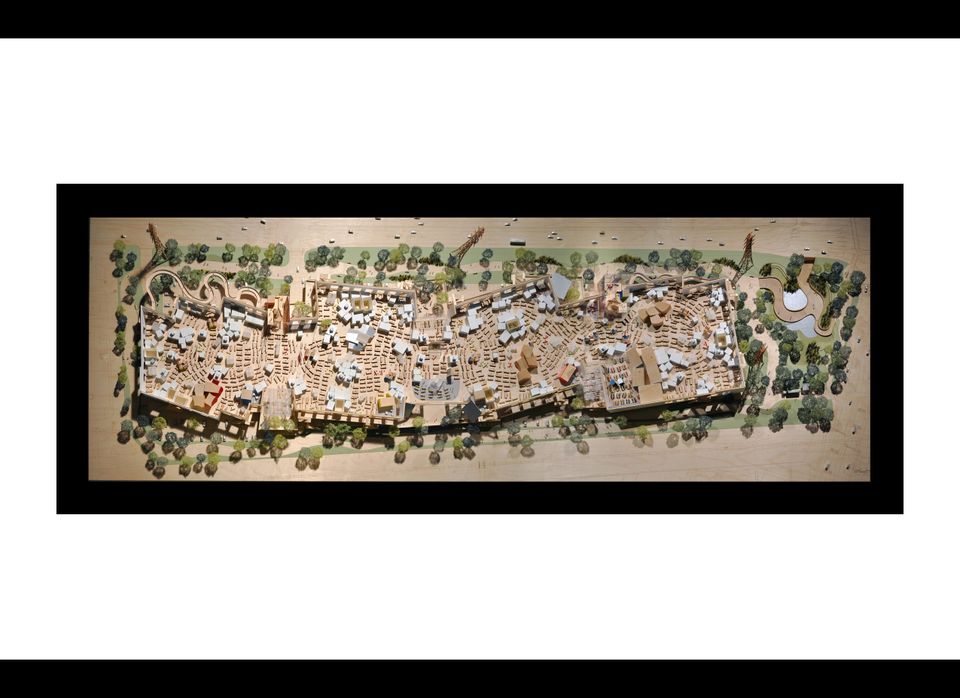