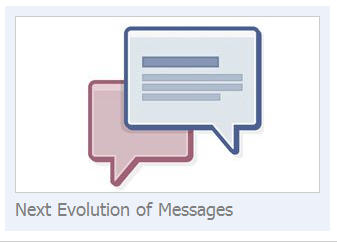 Facebook CEO Mark Zuckerberg, along with chief engineer Andrew Bosworth, last week announced a new Facebook messaging service that some predicted would be a "Gmail killer." But Zuckerberg made it clear that the service is not designed to "kill" email, though he did imply that email may be in its waning years. High school students, he noted, increasingly shun email in favor of instant messaging and sending messages via Facebook.

"We don't think that a modern messaging system is going to be email," he said.

But my big question is whether Zuckerberg is right when he supposes that young people are likely to permanently adapt to alternatives to traditional email. While it's true that kids are developing some new habits that will last a lifetime, it has always been the case that some teen habits change as they get older, especially as they enter the work force.

Fact is, many businesses run on email today and though things will change over time, I don't see instant messaging, text messaging, Facebook messaging or any other technology threatening email anytime soon.

The idea behind Facebook's messaging system -- which is being rolled out gradually to a few thousand users at a time over the next few months -- is to aggregate email, chat messages, some text messages and Facebook messages in a single mailbox that you can access on the service or through your existing email inbox.

Those in attendance at the announcement, as well as other journalists, were given early access to the service. So I now have a new email address that ends in @facebook.com. And if anyone sends an email message to that address, I can read it in the messaging area on my Facebook account. There are even ways to get text messages delivered to you on Facebook.

You can also configure Facebook to deliver a copy of those messages to another email account, which you can also use to respond to Facebook messages. Facebook doesn't directly offer a way to view your regular email (such as a Gmail or Yahoo account) on Facebook, but I was able to accomplish that by configuring Gmail to automatically forward a copy of all incoming mail to my new Facebook e-mail address.

Although there are ways to use the messaging service without being logged into your Facebook account, it's nevertheless a potential moneymaker for Facebook. That's because most people are likely to read and send messages from within their account, which means they'll be spending more time on the service and having more exposure to Facebook's advertising. A Facebook representative told me that the company does not plan to display advertising based on the content of messages, as Google does inside Gmail messages.

Beyond the advantages for the company, there are some interesting benefits -- and perhaps some drawbacks -- for users. One benefit is that you don't have to check multiple sources for messages.

Another advantage of the system is that it's easier to control spam and messages from people who are lower on your priority list than your Facebook friends.

Another feature, which could be seen as an advantage or drawback, is that all your interactions with each person are consolidated into a single stream or thread.

For example, if my wife and I were to exchange messages, all of my notes to her and her replies to me would be in a single long "exchange," not unlike Gmail's "conversation" e-mail view. But there is a difference. Gmail by default links messages based on subject line. If my wife were to send me a message with a new subject line -- say, "please pick me up at the airport" -- that e-mail would be in its own thread with its own subject line. But Facebook is lumping all messages between you and each of your friends into a single thread with no separate subject lines.

Great for Love Letters but not Business Letters

That might be great for love letters, but it's not going to work for business correspondence, especially between colleagues who exchange a lot of e-mail. In some situations, subject lines can be critically important.

Another problem with the messaging system is that it's not really a consolidated inbox. There are no simple ways to get all of your text messages delivered to Facebook, and unless you forward your mail from another service or only give out your Facebook e-mail address, you're still going to have to check your other e-mail accounts along with your Facebook account.

Facebook's new messaging service has its place but it's not an alternative to email, especially in the business world.

Discloser: Larry Magid is co-director of ConnectSafely.org which receives financial support from Facebook.