Nickolay Lamm, a Pittsburgh-based artist, has created four sci-fi-like illustrations showing one idea of what changes to the human genome may do to the human face 20,000 years, 60,000 years, and 100,000 years hence. The images are based on hypotheses put forth by Dr. Alan Kwan, an expert on computational genomics.

So, just how might we look? Pretty darn freaky, if you agree with the illustrations -- and not everyone seems so quick to do that.

PHOTO GALLERY
Faces Of The Future

Research from the University of Birmingham in England has suggested that the foreheads of modern-day humans are higher than those of people who lived during medieval times. Lamm's illustrations show a continuation of this trend. And according to Dr. Kwan, as humans learn to manipulate our own DNA, we may be able to select traits that we deem desirable.

"Our future selves will ultimately control human biology and human evolution the way we control the flow of electrons through our electronics today," Kwan told The Huffington Post in an email. "In this potential future, humankind has wrested control of the human form from natural evolution and are able to bend human biology to human needs."

In the distant future, Kwan said, humans might want to have bigger eyes in order to work better in the low-light environments of space. In addition, thicker eyelids might protect our eyes from the curious effect of cosmic rays in space.

Sounds plausible, perhaps? But not everyone seems convinced that Kwan's speculative thought experiment stands up to scientific scrutiny.

"For what it’s worth, I think Lamm’s work is conceptually cool, but wanted to get on-the-record that this is dreaming, not science," Matthew Herper wrote in Forbes, adding that the images had caused a stir among some scientists and science communicators.

The Huffington Post reached out to biologist Dr. Mark Siegal, an associate professor at New York University, to get his thoughts on the matter, but he declined: "Sorry, but I find this so far outside the realm of evolutionary biology that I'd rather not comment."

Update: Kwan told The Huffington Post in an email, "Mark Siegal is correct, our speculation envisions a future where evolution will continue to determine human face and body for about 50,000 years, but sometime during that time, human understanding and genomic engineering technologies will overtake natural evolution in determining human physiology." 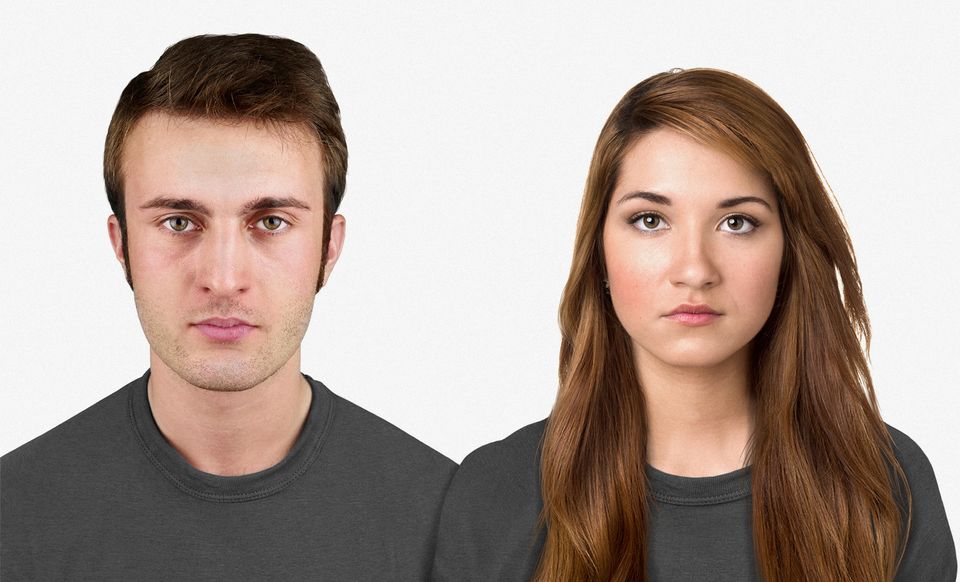