How many different facial expressions can humans make?

"We found a strong consistency in how people move their facial muscles to express 21 categories of emotions," study co-author Dr. Aleix Martinez, associate professor of electrical and computer engineering at the university, said in a written statement. "That is simply stunning. That tells us that these 21 emotions are expressed in the same way by nearly everyone, at least in our culture."

For their study, the researchers photographed 130 females and 100 males (mostly college students) as they made faces in response to verbal cues--for example, "you just got some great unexpected news" or "you smell a bad odor." (The former elicited the "happily surprised" look, the latter a simple "disgusted" look.) Then the researchers tagged the positions of facial landmarks, including the corners of the mouth and the outer edge of the eyebrow.

A resulting analysis of the tagged expressions led to the identification of 15 "compound emotions" as well as the six basic ones.

Interesting, for sure. But Martinez sees important practical applications, with his research possibly aiding in the development of robots that interact with humans in a natural way, and bringing a better understanding of autism and other emotional and neurological disorders.

But the research isn't without its critics.

Writing in The Independent, Dean Burnett called the findings "a reductionist view of human behavior" that could have a downside. "It's easy to see how software systems programmed to recognize specific facial expressions, which we all use regardless of background, could have negative impacts."

Burnett, who is described on the paper's website as a doctor of neuroscience who moonlights as a comedian, sounds a bit, what, "angrily surprised?"

But Martinez is focusing on the potential upside.

"To understand which emotion processes lead to these [brain] disorders, we need to know how many emotion categories our cognitive system uses and which ones get over-emphasized in each of these disorders," Martinez told The Huffington Post in an email. "The results of the present study should help us achieve this goal."

A paper describing the new research was published in the current issue of Proceedings of the National Academy of Sciences. 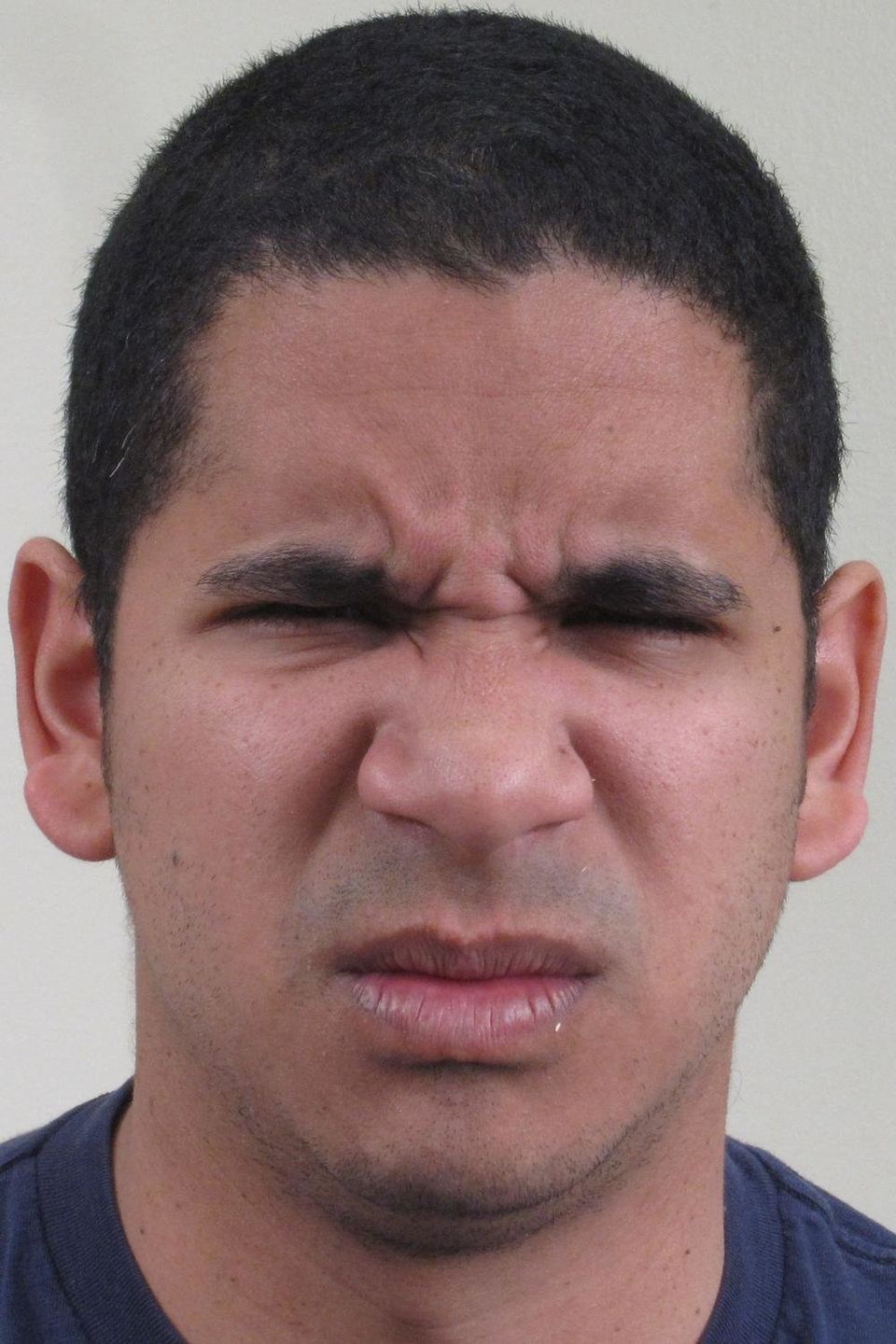 1 / 21
Can YOU identify this facial expression?
<a href="javascript:void(0)"><strong>CLICK HERE FOR THE ANSWER</strong></a> Angrily disgusted
Image courtesy of The Ohio State University