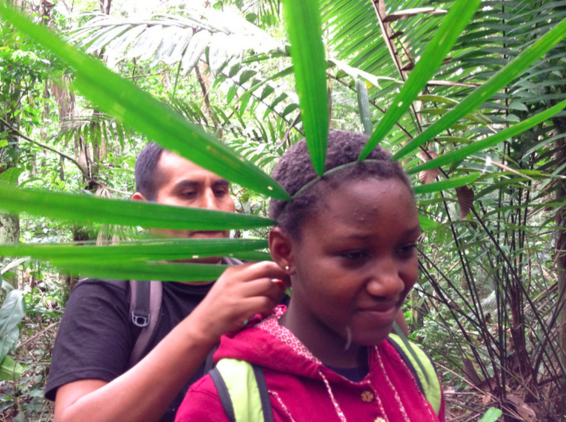 Gaelle Mambo is a 14-year-old student studying sciences in Bamenda, Cameroon. She's had a passion for writing since I was eight years old, and she'd like to write about how single mothers can cope without spouses to help them. She wrote this letter about facing her fears during a workshop at the 2015 Advice Project Leadership and Empowerment Summit in Peru, where she was a teen fellow.
________________________________________

You are a very lucky person because most of the dreams you've prayed about are coming true. You have good grades in school and you'll soon start becoming a woman. Actually, you've already started becoming one by entering puberty. Don't be scared, as it's part of the life-cycle of a woman. 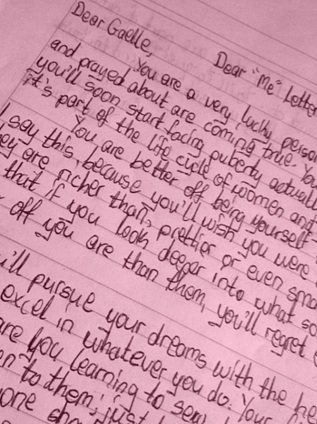 You'll pursue your dreams with the help of your lovely parents, and you'll excel in whatever you do. Your friends will ask you why you sew, draw, or do other things they think are boring. Don't listen to them. Instead, do what you like to do best, and don't consider their negative feedback.

You don't lack self-confidence, but neither do you have enough of it. With time, you'll gain greater confidence. Try to build it, because the more you have, the more you'll be able to do.

You are a brilliant person. Therefore, you'll be able to deal with boys who come up to you with apparent humility and sweet words, but who actually have evil intentions in the back of their minds. Some of them will approach you on dares or bets to see if you'll accept them as boyfriends, but your answer will always be "no." This is because you aren't prepared for the distraction of having a boyfriend, which would lead to low grades in school. Don't try to do negative things just because you see others doing them, because they will only hurt you.

You have a huge fear of snakes, lizards, geckos, spiders, and other creepy crawlies. It's okay, because you're working on battling this fear and you understand that there actually isn't anything to be scared of. I'm not saying you need to touch or interact with creepy crawly creatures, but just know that they are a part of nature and they should be cared for, not feared. One day you'll conquer this fear because you are capable of doing anything you set your mind to.

You are stronger than you think.

This letter was first published by The Advice Project, an organization that offers free and sliding scale writing and adventure programs for teen girls around the world. 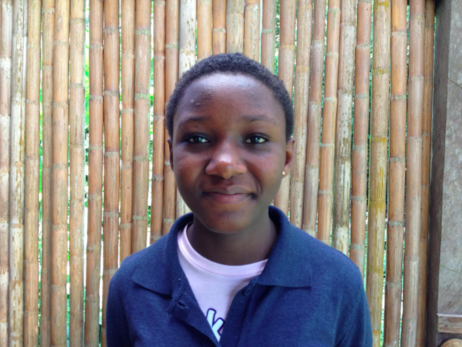