The GOP is fractured. CPAC, the Conservative Political Action Conference for the Republican party starts on 2nd March, 2016 in Washington DC. The GOP members are scrambling to find a way to stop businessman, entertainer and Presidential candidate, Donald Trump, who continues his sweep to power in the party. At present, Trump has won several caucuses, has the most delegates, and has garnered repeatedly over 32% of the vote. The thing that counts the most about his followers is that regardless of any of their beliefs, they are, in fact, proving to be a very active part of the democratic process, and are actually taking the time to vote. Unless the Republicans can get a greater amount of the American public to the polls, unless, two or more of the nominees step down, it seems likely that the GOP will be facing a candidate who they believe does not represent the view of their party.

This raises another point of view - what exactly is the point of view of the Republican party, at the present point, in time? That point of view appears lost in translation. Each candidate is so diverse from the other. Trump has become the master of the sweeping gesture, the sweeping statement that in reality appears to hold little weight or knowledge. Take for example, his repeated outcry in the past few days that he will, on his first day in office "overturn every single Executive Order that Obama has put in place"

According to the Federal Register, the number of Executive Orders President Obama has signed are actually far less than we are told by GOP Presidential Candidates.

These Orders do not include the thousands of minor unpublished and unnumbered executive orders and proclamations that every President has signed, that do not have to be declared. So let's look more closely at the significant Executive Orders that Donald Trump, and other republican party candidates, threaten to overturn, once elected. There are 233 in total to date, and you can find them here: - See more at: http://www.heralddeparis.com/fact-checking-the-candidates-executive-orders-that-donald-trump-threatens-to-overturn/#sthash.WrDZX8En.0NhHDNGE.dpuf 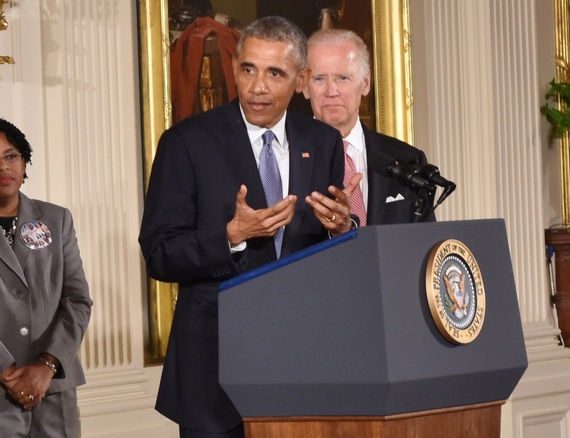