"I long for a cow of modern make, That milks five days for leisure's sake... I sigh for a new and better breed, That takes less grooming and less feed."

This poem, called "Dairyman's Prayer," hung on a living room wall of a dairy farm I stayed at in New England. The prayer has been answered: Holstein cows, the primary dairy breed in North America, produce an average of 75 pounds of milk a day (almost nine gallons), a yield that has doubled in the last 40 years. 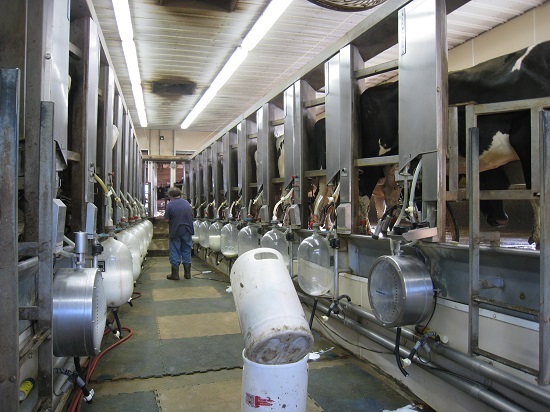 Extreme genetic selection, accelerated by artificial insemination, leads farm animals today to yield far more meat, milk, and eggs -- while eating far less -- than they ever have. The most astounding genetic changes have been those of chickens. In 1925, chickens reached a weight of 2.5 pounds in 16 weeks; today, they reach a weight of almost 6 pounds in 6 weeks (while consuming less than half the feed per pound of weight gained).

Their accelerated growth leads to lameness. "Today's poultry chicken has been bred to grow so rapidly that its legs can collapse under the weight of its ballooning body," writes Temple Grandin in Animals in Translation. "... I've been to farms where half of the chickens are lame." 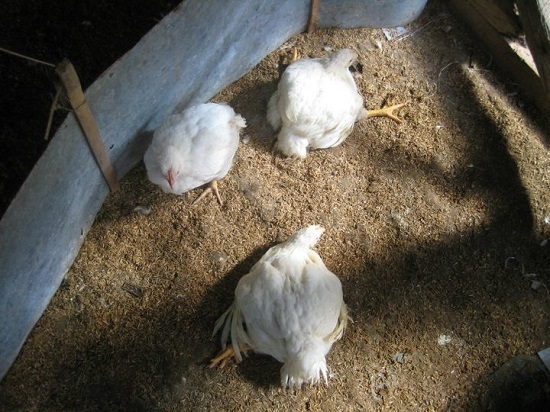 "Highly bred, high-producing animals don't live long," Berhe Tekola, Director of the Animal Production and Health Division of the United Nations Food and Agriculture Organization, told me. "They're not adaptable to different environments, and, unlike traditional breeds, they're very vulnerable to transmissible diseases."

If current trends of genetic selection continue, farm animals will grow faster and will suffer more intensely in the future than they do today.

"All children were to be begotten by artificial insemination... and brought up in public institutions," wrote George Orwell in 1984. "One egg, one embryo, one adult -- normality," wrote Aldous Huxley in Brave New World. "... Making ninety-six human beings grow where only one grew before. Progress... The principle of mass production at last applied to biology."

Orwell's and Huxley's dystopian predictions never came true for humanity, but they did for animal agriculture.

Only a few years after, American scientists discovered how to extract dairy bull semen and impregnate cows with it. The initial challenge -- how to keep semen fresh long enough for transport and use -- was overcome by adding chemicals and antibiotics to the semen, and by freezing it. The resulting industry of artificial insemination changed the face of animal agriculture.

In nature, a bull can impregnate only a limited number of females, but with artificial insemination, there is no upper limit, as each ejaculation creates hundreds of "doses" of semen. Top-ranked bulls sell more than a million doses of semen each, leading to an extreme, accelerated concentration of the dairy gene pool. Population changes that would in the past occur over many generations of animals now occur over a single generation.

Male turkeys are genetically bred to reach an astronomical weight of 30 to 40 pounds, double that of females, and they cannot mount females without harming them. Some fish species, such as trout and salmon, lay eggs only in gravel, and land-based fish farms do not have gravel. The artificial insemination of trout -- as I saw when I spent a few days at a trout farm -- involves workers anesthetizing trout, lugging them out of water, and rubbing eggs out of the females and sperm out of the males, to combine them in a bowl outside of water. 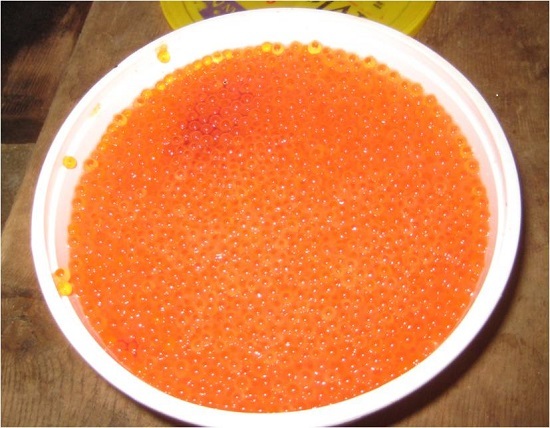 The rate at which artificial insemination is replacing natural reproduction is remarkable -- in the one decade from 1991 to 2000, the proportion of American sows bred by artificial insemination exploded from less than 8 percent to nearly 70 percent. The number increases every year. By 2050, animal mating may well come to be viewed as a relic of the past.

Chipotle's recent animated film, The Scarecrow, has a happy ending. The main character, the Scarecrow, returns home to his small farm, where, seeing a red pepper, he gets the idea to start a burrito stand. Above his stand, he hangs a banner, "Cultivate a Better World."

Whether animal agriculture will have a happy ending remains to be seen. "It is always wise to look ahead," said Winston Churchill, "but difficult to look further than you can see."

When it comes to animal agriculture, there are two ways to "see." The first is the way I have seen: from the inside, investigating farms throughout the world. From this position, the situation looks bleak. The second way to see is from the outside -- looking at consumers, retailers, restaurants, and governments. This external angle offers more hope.

"Consumers are becoming more aware of where their meat, eggs, and dairy come from," Danielle Nierenberg, Co-Founder of Food Tank, told me. "It has become increasingly clear that the public, when informed, can be an ally for change," states a new report about animal agriculture prepared by the Johns Hopkins Center for a Livable Future. "We're seeing demand for meat grow, but we're also seeing much more recognition of animals," Sara Shields, Farm Animal Behavior and Welfare Specialist at Humane Society International, told me.

Retailers and restaurants are beginning to exercise diligence in their selection of suppliers, and governments are banning practices. Switzerland, New Zealand, India, the European Union, and three American states -- California, Michigan, and Ohio -- have banned egg-laying hen battery cages, condemning them for their barren wire confinement.

The agriculture industry is not reacting to public concern as one would hope. It is closing off rather than opening up, and it is working on improving its promotion strategies rather than its production practices. But if public pressure continues to build, it will have no choice in the future except to change.